Ryan Trahan’s 30-day journey to MrBeast got more than 190 million views and raised $1.38 million for charity 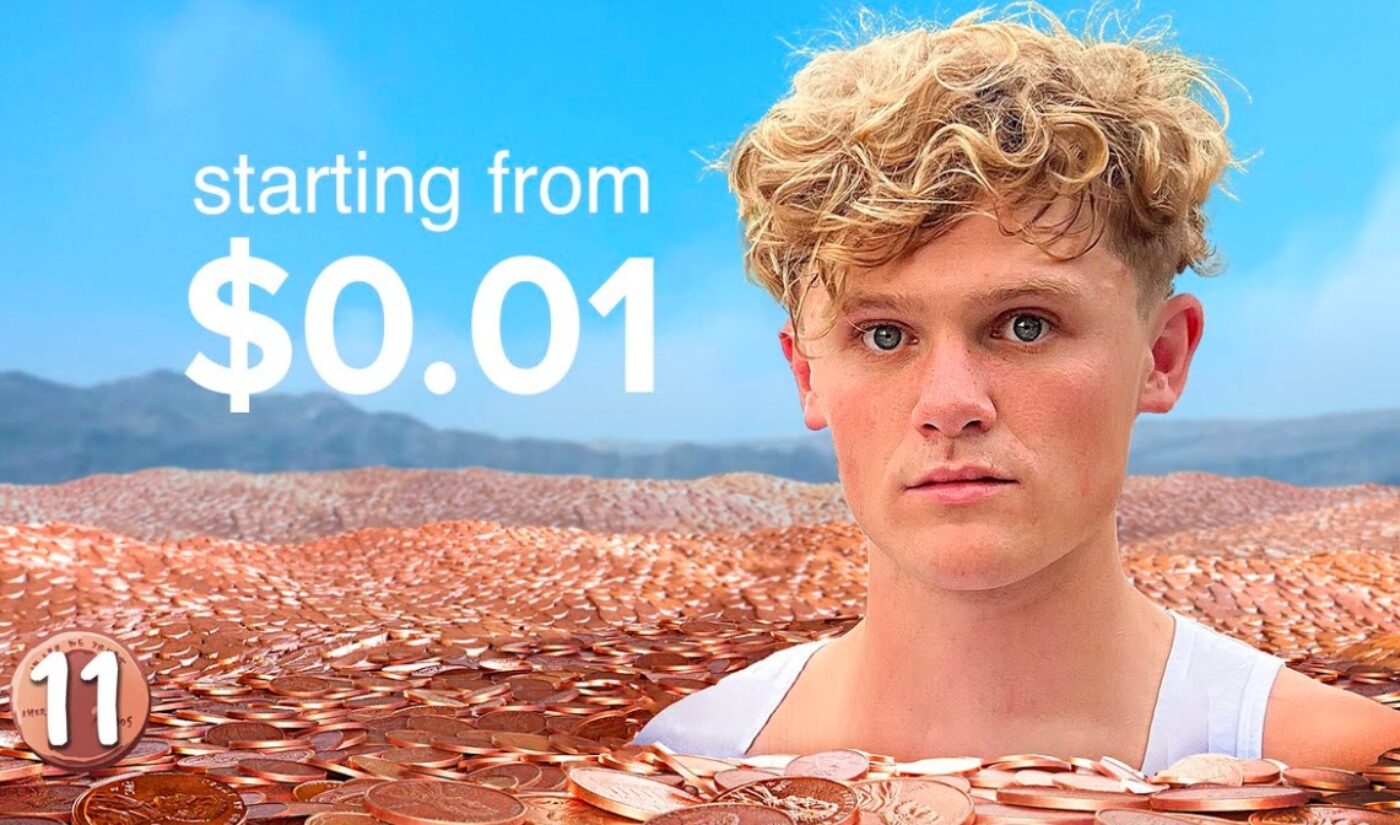 The 23-year-old creator, who once earned 28 million views by living in a Tesla for 24 hours, has reached new viewership milestones by taking on a formidable challenge. He started in Los Angeles with only a penny in his pocket, and after 30 days, he was able to scrape together enough money to make it across the U.S. to Greenville, North Carolina, where he delivered his original penny to Jimmy “MrBeast” Donaldson.

Trahan chose to embark on his long-distance journey in order to raise money for hunger-relief charity Feeding America. He encouraged donations by offering unusual perks. Donors who gave $50,000 triggered “The Great Reset,” which forced Trahan to give up all the cash he had on hand at that point. The threat of The Great Reset turned Trahan’s 30-day vlog series into a gripping drama. Each day, he enacted a new moneymaking scheme to pay for meals and travel, but his occasional Great Resets (at least two of which were triggered IRL) prevented him from coasting to the finish line.

Because of these constraints, Trahan had to spend his 30th day hurrying to the finish line. MrBeast, who loves to put his friends and fans through elaborate obstacle courses, directed Trahan on a circuitous path through Greenville. As the beleaguered creator walked, ran, rode, and biked around town, he carried an oversized penny, which had been made for him by creator Tyler Blanchard. Ultimately, Trahan passed the massive gift to its intended recipient and scored a final $50,000 donation from MrBeast.

Across multiple contributions, MrBeast donated $100,200 to Trahan; he and Doctor Mike were the two biggest spenders on the Feeding America campaign. When the contributions from viewers, creators, and companies are added up, Trahan raised more than $1.3 million dollars for his chosen charity. That will allow the organization to provide 13.8 million meals. Trahan also vowed to give a penny to Feeding America for each new subscriber he got during his challenge (I was one of them!) Since he added two million subscribers over 30 days, the campaign will add another $200,000 to its final total.

In an era when few pieces of content achieve universal viewership on YouTube, Trahan’s series seemed to captivate the entire online video community. Over his 30 vlogs, he has picked up more than 192 million views so far, which means he’s achieved the sort of viewership that’s usually reserved for MrBeast himself. By providing his fans with recurring bits (McDonald’s iced coffee), charming characters (a benevolent family of farmers outside of Nashville), and adorable dogs (so many of them), Trahan was able to smash his initial fundraising goal of $100,000. If you’d like to add to the total, donations are still being accepted.