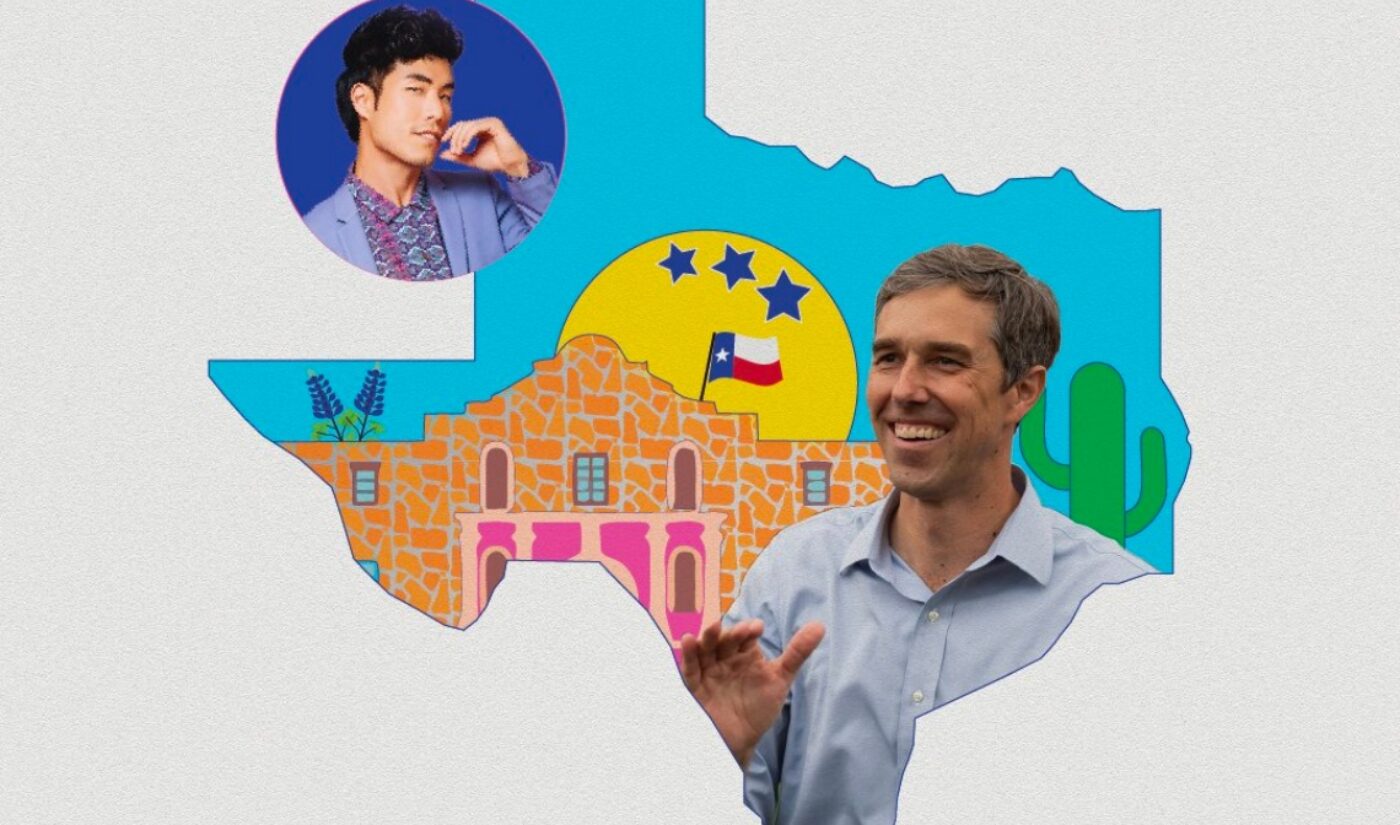 In Texas, former presidential candidate Beto O’Rourke is challenging Republican Governor Greg Abbott, and he’s getting some help from a homegrown YouTube star. Eugene Lee Yang who rose to prominence as a member of the madcap collective The Try Guys, will appear alongside O’Rourke at an event called ‘This is Texas‘ on July 11.

A press release from the Texas Democrats describes the event — which will take place in San Antonio — as “a one-of-a-kind fundraising event to benefit Democrats up and down the ballot.” The event will “bring together Texan actors, comedians, elected officials, and grassroots activists, and feature local art, cuisine, and live music.” Yang, a Texas native, will also host interview O’Rourke and host a Q&A session for attendees.

Yang will use the footage he collects at the fundraiser to create his documentary, which will also be titled This Is Texas. The film will be released on the Try Guys YouTube channel on September 7. That hub has close to eight million subscribers. Yang also reaches a big audience on Twitter, where he has hyping up his forthcoming appearance alongside O’Rourke.

I’ll be in San Antonio on July 11 to support @BetoORourke – a candidate who believes kids are more important than guns, being queer is not abnormal, and BIPOC voters should never face discrimination at the ballot box or anywhere else.

“I’m so proud to be a Texan, but it’s sickening to see Greg Abbott & Texas Republicans design laws that are meant to harm anyone who doesn’t fit their idea of what Texas should be — whether it be low-income Texans, LGBTQ+ Texans, Texans with disabilities, Black Texans, Latino Texans, AAPI Texans, you name it,” Yang said in a statement. “That’s why on July 11th, I’ll be in San Antonio trying to raise some money for Beto O’Rourke and the Texas Democratic Party so they can organize communities across the state, register as many voters as possible, and finally rid us of right-wing, extremist politicians.”

Yang has not been shy about taking on hot-button issues that are relevant to his communities. His 2019 coming-out video doubled as a fundraiser for The Trevor Project. That same year, he interviewed YouTube CEO Susan Wojcicki about the battle against online extremism. The former BuzzFeed employee has been named among social media’s most-influential influencers, so expect a big crowd to turn up in San Antonio next month. If you want to be a part of it, your ticket is only a donation away.