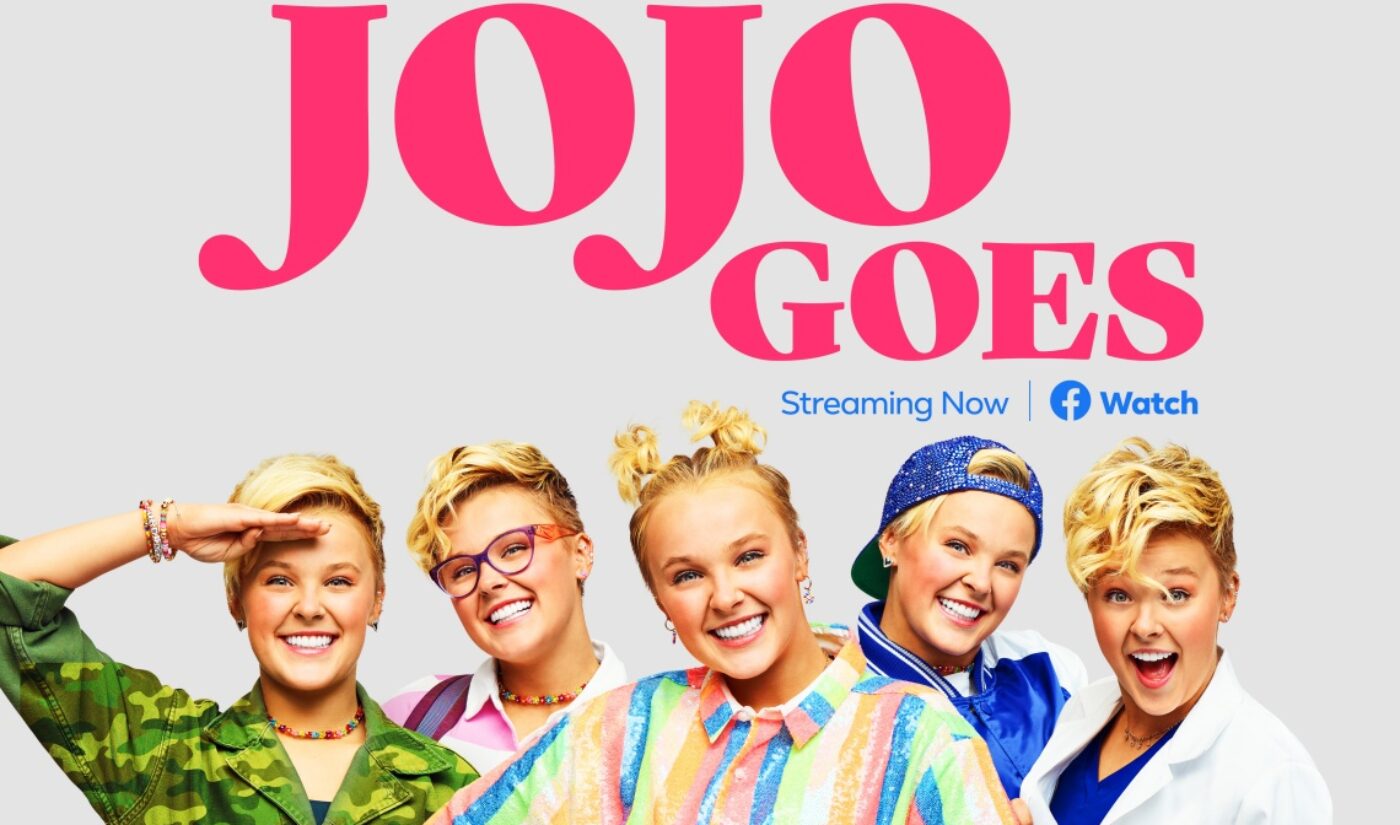 The show is called JoJo Goes, and Facebook is billing it as the titular creator’s chance to “take on new experiences that she’s always wanted to do.” Siwa, famous for her work as a singer, dancer, and former child star, has been busy since she was ten. Though her career has taken off, she hasn’t been able to have the sort of fun that is typically associated with youth — until now.

A big part of Siwa’s transformation from bow-wearing starlet to empowered adult has been the evolution of her identity. Last year, she came out as pansexual, though she also described herself as “Ky-sexual,” referring to her girlfriend Kylie. Siwa and Ky’s relationship plays a big role in the first episode of JoJo Goes, which takes place at West Hollywood’s famous Pride celebration. Siwa’s best friend, Ezra Sosa, helps Ky get down the L.A. to join the social media star on her parade float.

Another guest who appears in episode one of JoJo Goes is Jenna Johnson, who was Siwa’s dance partner on the 30th season of Dancing With The Stars. The two women were the season 30 runners-up, and Johnson talked about her 19-year-old friend’s continuing maturity. “I do feel like last season you were just the sweetest, cutest, little innocent human,” Johnson said, “and now I feel like you’re a woman.”

JoJo Goes was announced last month. The series, produced by B17 Entertainment, is a chance for Siwa to grow her audience on Facebook. Though the 1.1 million followers she counts there is nothing to sniff at, that total pales in comparison to Siwa’s audiences on YouTube (12.2 million subscribers) and Instagram (11.6 million followers).

In total, the first season of JoJo Goes will consist of eight episodes. New installments will arrive on Thursdays. If you want to experience Siwa’s youthful adventures alongside her, check out her Facebook page and the Facebook Watch homepage.