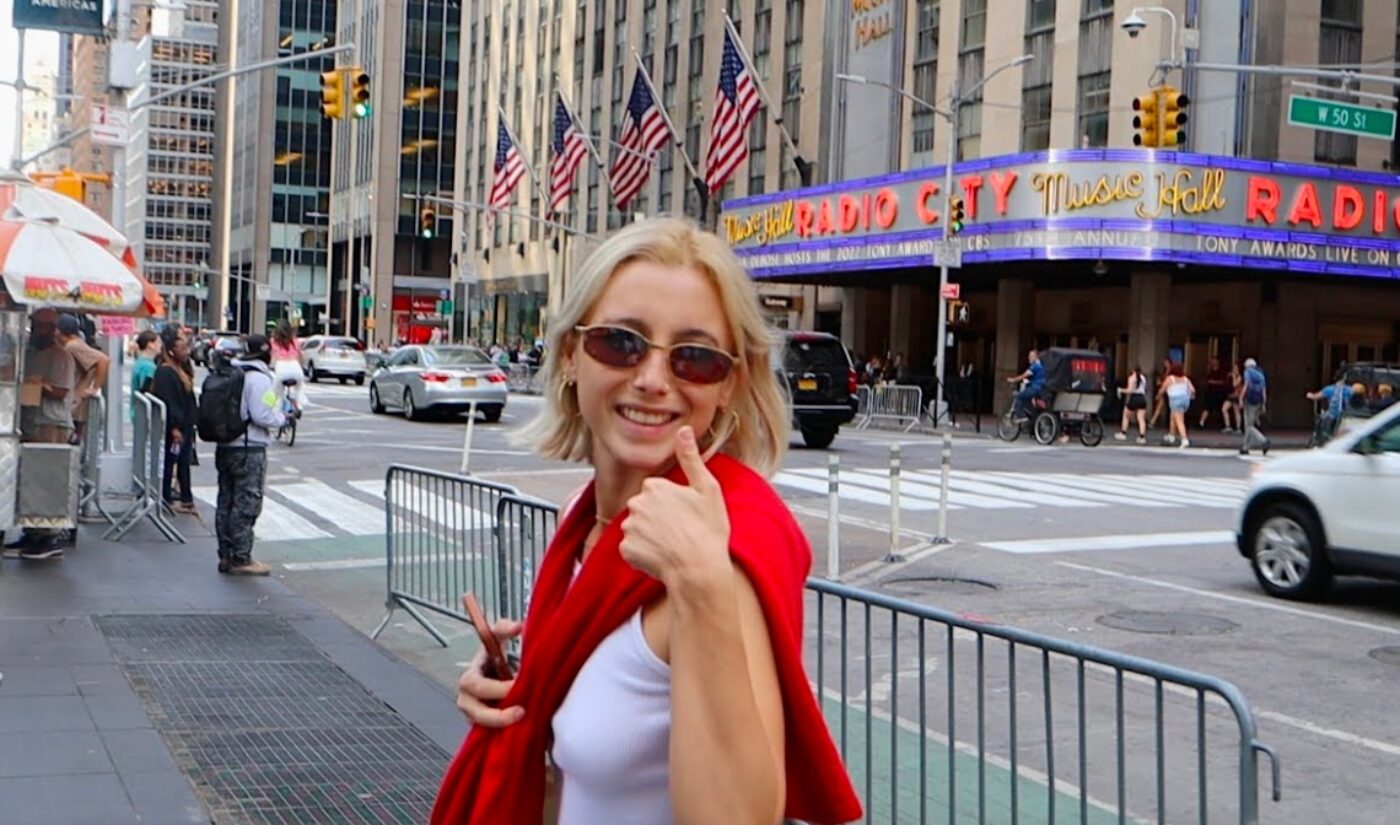 Last August, Emma Chamberlain announced her plan to step away from her popular YouTube channel. Though the vlogger had attracted more than 10 million subscribers with her innovative and stylish videos, she felt that a break would do her some good while also giving her time to “evolve” her content.

Chamberlain’s last YouTube upload came on December 14 — until now. The 21-year-old creator, model, and 16-time Streamy Award nominee has reappeared on the channel that first made her a Gen Z icon. Her return takes the form of a travel vlog set in New York City. After soliciting recommendations from both locals and tourists in Washington Square Park, Chamberlain walks all across Manhattan in order to take in some of the borough’s famous sights.

At one point in the video, the California native takes a trip to the top of the Empire State Building. Even though she’s been off YouTube for a while, that didn’t stop her from drawing attention:

The content evolution Chamberlain spoke of when she first took her hiatus is on full display here. Compared to her earlier work, in which she frequently bared her emotions and anxieties, this vlog seems more mature — and I’m not just talking about the margarita that accompanies the 21-year-old’s taco order. Chamberlain is still the same honest, raw, and real creator she’s always been, but her YouTube break seems to have refreshed her.

Of course, even while she was gone from YouTube, Chamberlain didn’t exactly disappear. Without uploading a single video, she remained a cherished creator among Gen Z viewers, who ranked her as their “top influencer” earlier this year. And though her personal channel was dormant for six months, she still popped up alongside some other creators.

Hopefully, we’ll get to see a lot more of Chamberlain’s new-and-improved YouTube stylings in the coming months, but the social star will need to avoid stretching herself too thin. In addition to her creative career, she also runs a successful coffee business and releases new episodes of her podcast Anything Goes each week.