Spotify has launched its own island in Roblox. Will it launch a metaverse concert series? 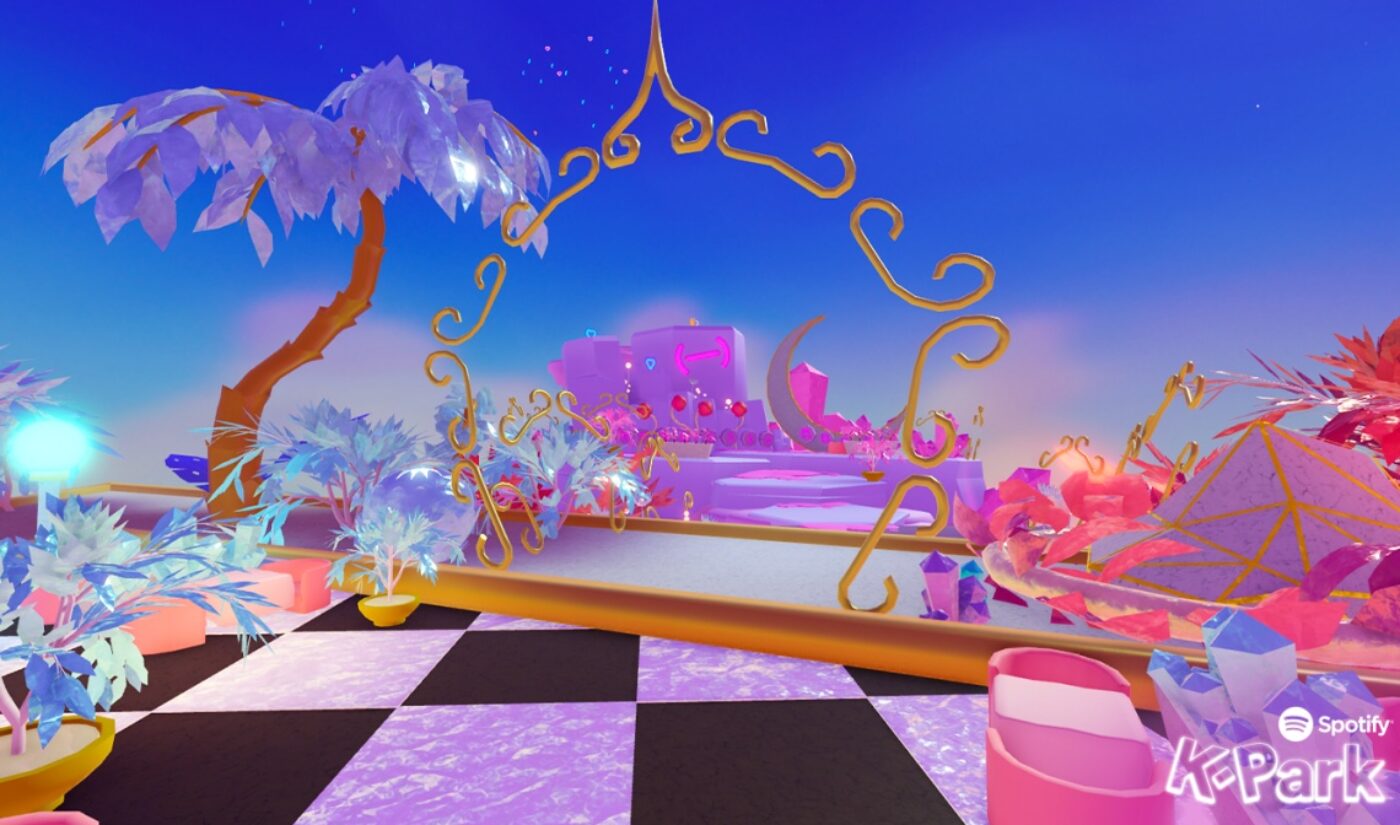 Spotify is making its most substantial push into the metaverse thus far.

After launching a Roblox activation called Spotify Island earlier in May, the audio platform is already expanding its latest virtual space. A colorful new area called K-Park will serve fans of Korean pop music while also solidifying Spotify’s status as the “first music-streaming brand to have a presence on Roblox.”

Spotify Island is a bit of a misnomer, since the in-game destination is more like an archipelago. The central island offers a pixelated stage and a merch shop where buyers can pick up Roblox items and exclusive merch from artists who are partnered with Spotify.

Of course, there’s also music to listen to — a digital jukebox lets its users start, pause, and skip songs. Like many other products Spotify has launched of late, its Island is powered by its recent acquisitions. Soundtrap, which Spotify scooped up in 2017, is responsible for the in-game jukebox.

By taking their Roblox avatars through a series of portals, Spotify Island visitors can access the space’s outlying areas, the first of which launched on May 24. K-Park, which Spotify describes as “a whimsical wonderland dedicated to the vibrant world of K-Pop,” features “Artist Islands” for top Korean groups like SUNMI and Stray Kids. Those groups, as well as other K-pop stars, can be found on Spotify Island’s official playlist. Other artists featured there include Western pop stars like Olivia Rodrigo and Harry Styles, as well as digital natives like IHasCupquake and KSI.

The presence of all these stars might lead to you to the conclusion that Spotify is planning to host concerts in the metaverse, but if the company is plotting to bring big names to its Roblox stage, it hasn’t revealed those plans just yet. A Spotify Island concert series would make sense, since artists like Lil Nas X have performed on Roblox in the past. TechCrunch noted that Spotify “plans to expand on this experience,” though the audio platform has not revealed whether that expansion will include live content. Even without any concerts, Roblox players are still flocking to Spotify Island in order to pick up the items that are currently available there.

Spotify may be the first music streaming brand to arrive on Roblox, but other companies have partnered with the sandbox game to launch their own metaverse activations. A memorable event occurred last October, when Chipotle celebrated Halloween by opening a very spooky restaurant for its virtual clientele.