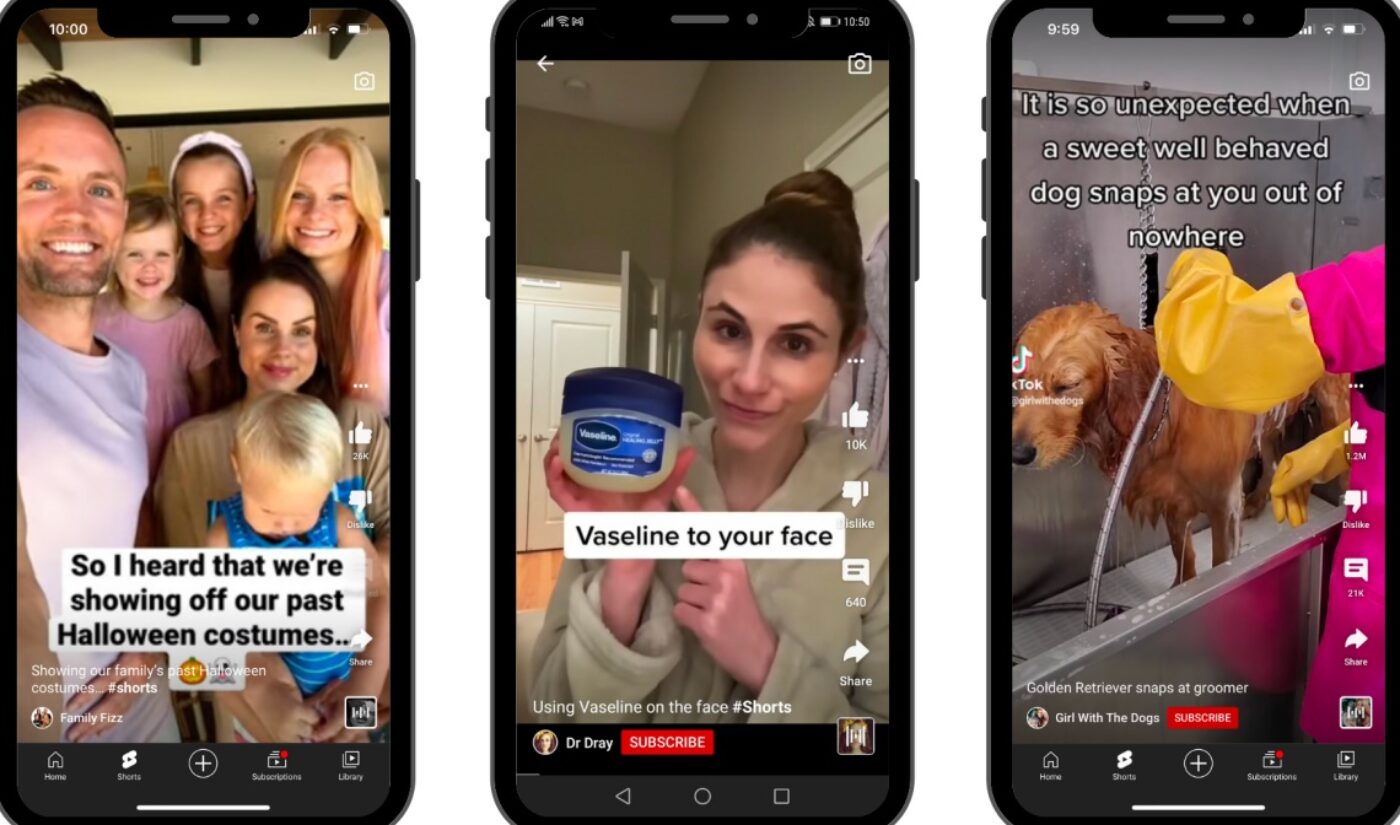 The micro-video platform, which launched in 2020 as YouTube’s reply to the short-form dominance of TikTok, is getting ads. During a Google Marketing Live event, Google VP and general manager of ads Jerry Dischler revealed YouTube’s plan to bring more scale to its already-massive ad business. “We’ve been experimenting with ads in YouTube Shorts since last year,” Dischler said, “and we are pleased to announce that we’re gradually rolling them out to all advertisers, around the world.”

YouTube has been teasing ads on Shorts since last October, when the TikTok competitor celebrated its one-year anniversary. “We are working on a long-term business model,” YouTube exec Kevin Ferguson said at the time. “We are lightly testing ad formats right now.” About six months after that, YouTube CEO Susan Wojcicki hinted at a “new form of monetization for Shorts creators” while chatting with streaming star Ludwig Ahgren. Wojcicki said the new format would be “more scaleable” than the YouTube Shorts Fund, which has paid out a nine-figure sum among the titular platform’s top tier of creators.

Ads on YouTube Shorts will certainly provide scale for the brand partners who put them there. Dischler said that Google’s video action campaigns and app campaigns would automatically extend to Shorts beginning on May 24. The idea is for advertisers to “go all-in on video, at all stages of a user’s journey and on every device,” according to Dischler.

As it launches its ad business on its short-form platform, YouTube is leaning on the expansive suite of marketing tools it has already developed. That gives it an advantage over TikTok, which is just now launching the sort of premium ad programs that have existed on YouTube for years. While YouTube hasn’t yet announced a specific ad-based revenue sharing program that appeals to YouTube Shorts creators, that would be a logical next step given the direction the company has moved in so far.

YouTube Shorts ads will also be powered up as Google and its subsidiaries continue to launch new moneymaking products. Another theme of the Google Marketing Live event was shoppable content, which was a big theme of last week’s YouTube Brandcast presentation as well. Now that YouTube Shorts ads are going live, don’t expect too much of a delay before they’re easily shoppable, too.