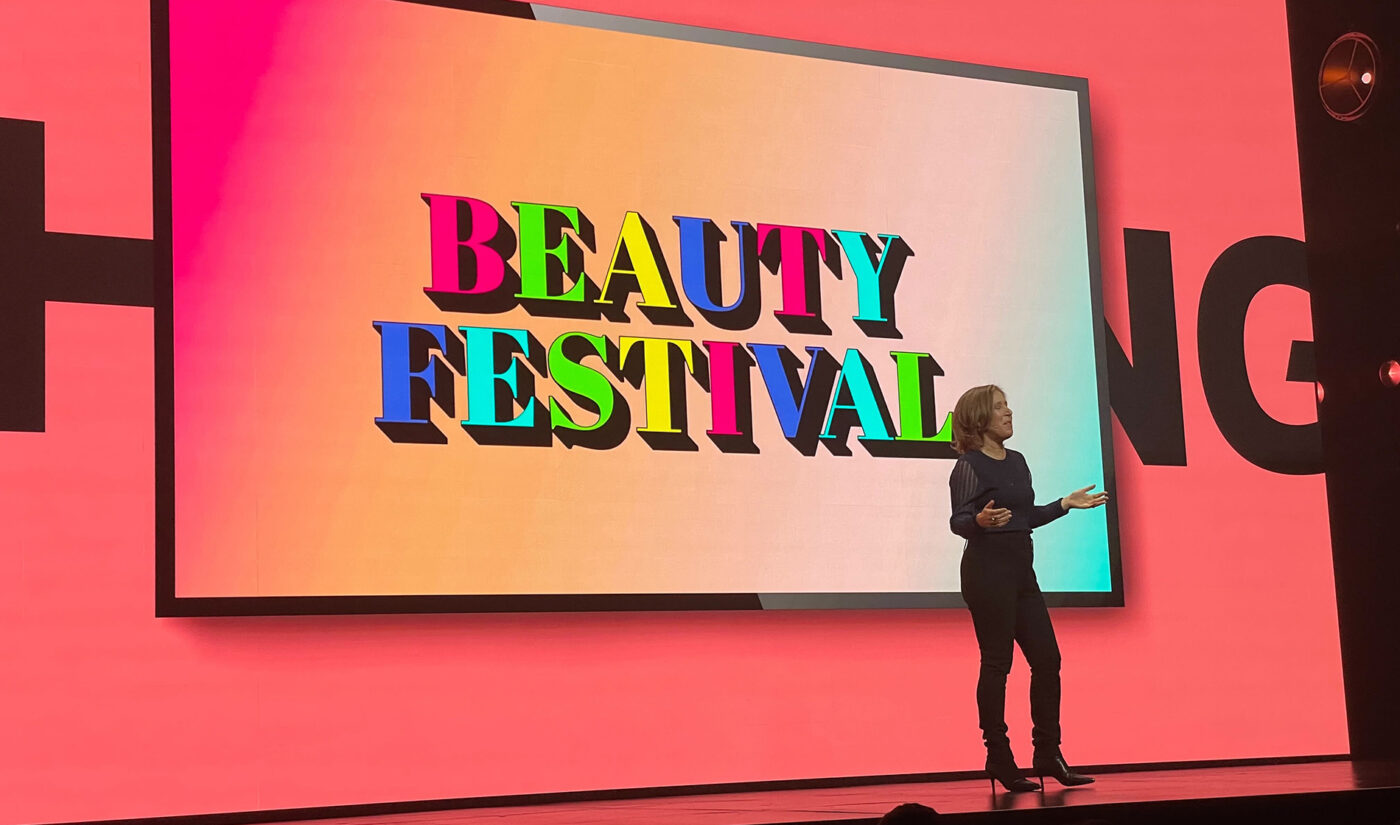 Tonight, for the first time, YouTube hosted its annual Brandcast—where it appeals to advertisers with fresh user data and new content and feature announcements—at the TV Upfronts rather than the digital NewFronts.

That’s because YouTube really, really hopes marketers will buy it as a competitor for the ad dollars they’d normally spend with traditional TV networks. Over the past few years, YouTube has consistently pitted its audience reach and viewership against TV’s.

“Traditionally, the Upfronts are for the TV networks, but for today, because of the incredible shifts we’ve seen in the media industry, we know, like a lot of you, this isn’t your parents’ Upfront,” Alan Thygesen, Google’s president of Americas and global partners, said onstage. “We continue to see YouTube outperform TV’s ROI head to head.”

And YouTube’s aiming to bring ROI for more than advertisers.

At Brandcast, it wrapped in a content announcement of the sort TV viewers are pretty familiar with: live shopping.

Forget QVC and the Shopping Network—YouTube wants creators, viewers, and brands to turn to it for live product-picking.

It’s kicking off this year’s livestreamed ecommerce efforts June 16 with the Beauty Festival, hosted by its head of fashion and beauty, Derek Blasberg, and featuring YouTuber SSSniperWolf and celebrities Hailey Bieber and Tracee Ellis Ross.

YouTube pitched last year’s event as a “summit-style” livestream. This year, it’s changing things up. The entire event will be shoppable—meaning viewers tuning in can grab items from participating brand partners like Glossier and Lancôme—and will include exclusive product drops and integrations, YouTube says.

During the stream, SSSniperWolf, Bieber, Ross, and other attending creators/celebs will “reveal their best tricks of the trade,” the platform adds.

Beauty Festival will be put on by Den of Thieves with Jesse Ignjatovic, Evan Prager, Jared Morell, and Jordan Barrow as executive producers.

In tandem with announcing Beauty Festival, YouTube announced a couple future features meant to help individual creators who want to get into the live shopping biz.

Second, it’s introducing a sponsored content-oriented tool called live redirects, where creators “can start a shopping live stream on their channel, then redirect their audience to a brand’s channel for fans to keep watching.”

YouTube didn’t say when live redirects might debut. It also didn’t say what the access threshold could be for these two features—whether all users will be able to launch shopping streams, or only those in YouTube Partner Program, or only those with a certain number of subscribers, and so on.

Whichever creators YouTube ends up letting sell, it’s clear the company has its eye on live ecommerce…and for good reason.