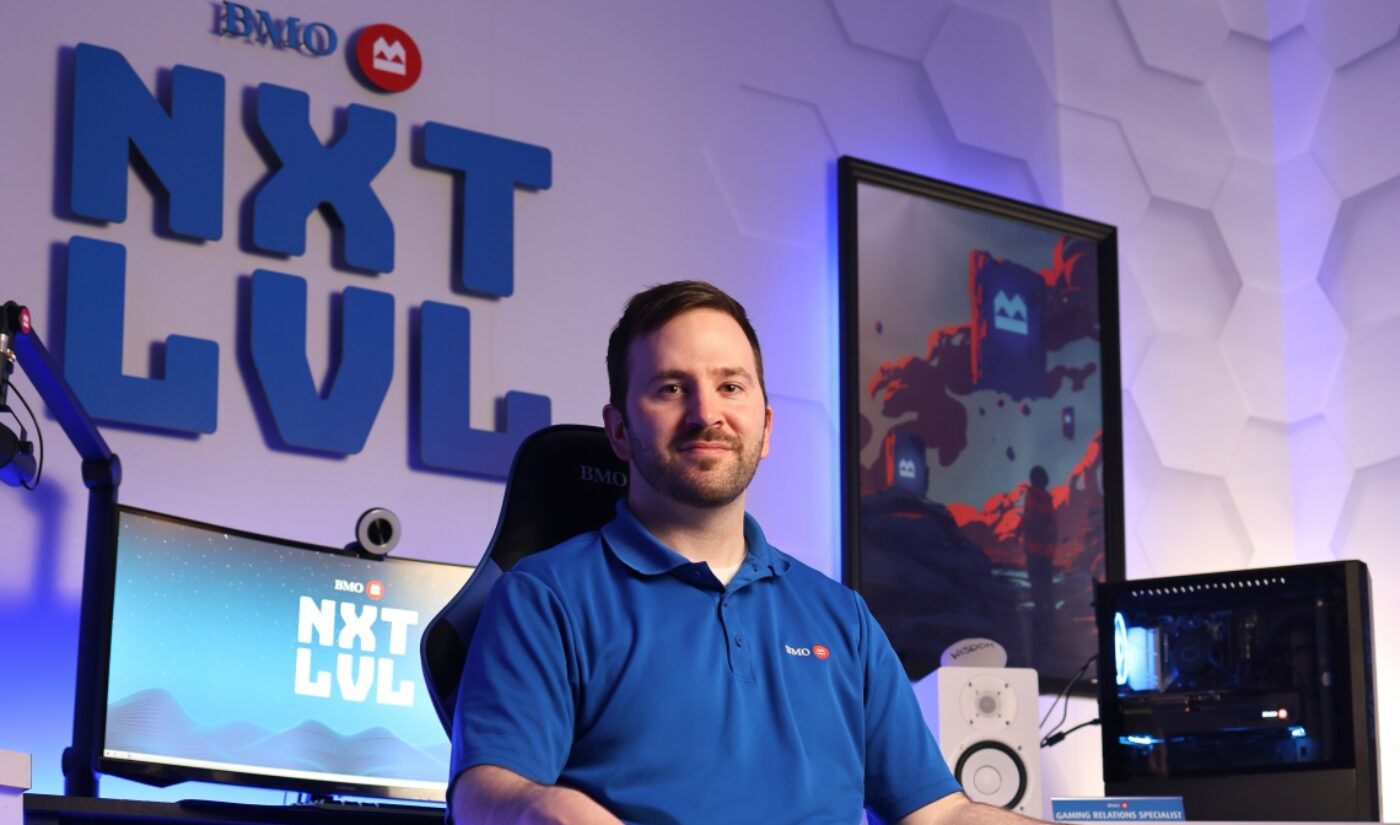 Financial institutions have figured out that if they want to reach the next generation of investors, buyers, and moneymakers, they should respect the power and influence of social video. The latest company putting that idea into action is BMO. The Montreal-based bank has teamed up with ad agency FCB Canada to launch a Twitch channel called BMO Nxt Lvl, which will dispense financial advice for creators and feature guest appearances from some of Canada’s top streamers.

A press release describes Nxt Lvl as “the world’s first financial Twitch channel.” During weekly streams, host Sean Frame will talk about subjects like monetization, investing, home ownership, and personal finance while he plays games alongside notable creators. The first of these broadcasts goes live on May 13. Guests who are slated to appear on Nxt Lvl include Valorant star Wardell and Genshin Impact streamer Mtashed.

BMO selected Frame to host Nxt Lvl from among 50 internal candidates. As the bank’s Gaming Relations Specialists, Frame will look to bridge the gap between finance and fun. “We all understood that we were looking for a unicorn: a gamer, a banker, and a charismatic host all rolled into one,” said FCB Executive Creative Director Andrew MacPhee in a statement. “As it turns out, unicorns do exist, they play video games, and their name is Sean Frame.”

By choosing Frame as its in-house Twitch personality, BMO is hoping to combine professional gravitas with internet-age silliness. That’s a balance all financial institutions must figure out if they hope to gain followers on social video platforms.

On TikTok, for example, banking and investment companies have employed several different approaches. Is it better to give the most earnest advice possible, even if it comes off a bit dry? That’s the attitude used by VC firm BlackRock, which arrived on TikTok earlier this year. On the other hand, some professional financiers use memes to connect with the next generation of investors. Turner Novak of Banana Capital trends more in that direction. Then there’s companies like Fidelity that land somewhere in between.

The bottom line is that, regardless of which strategy a financial company employs, it will struggle to match the appeal and star power of top “FinTok” creators like Erika Kullberg. The accounts I mentioned in the previous paragraph have a few thousand followers each; Kullberg, bolstered by her willingness to read the fine print on her fanbase’s behalf, has 8.4 million followers.

BMO now has the chance to determine when its novel approach to banking-related content can bring in a captive audience. If you want to be part of that crowd, check out Nxl Level starting at 7 PM ET on May 13.