Whatnot wanted eyes on its ecommerce site. So it made 80,000 viewers work together to win $400,000 in Pokémon prizes. 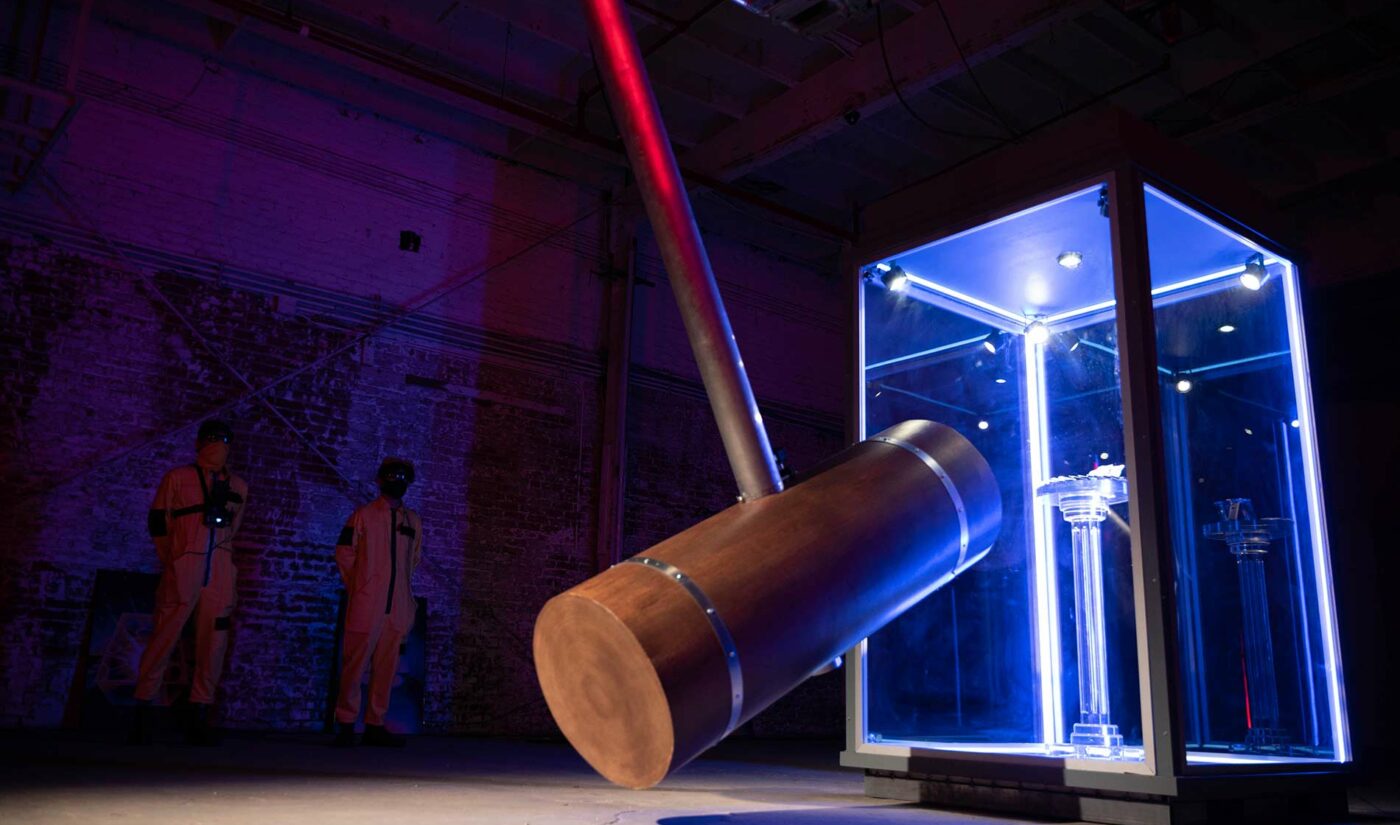 The idea for Whatnot’s new livestreamed marketing campaign is simple: There’s something cool in a glass box, and outside that glass box is a giant swinging hammer. Every time a new viewer joins the stream, the hammer moves just a little closer to the box.

If enough people tune in, the box gets cracked open—and one of the viewers wins what’s inside.

Whatnot—which was founded in 2019 by former YouTube product marketing manager Grant LaFontaine—describes itself as a “community marketplace where you can buy, sell, go live, and geek out with collectors and other like-minded people.”

So far, it’s raised over $220 million to fuel a platform that’s smack in the middle of the growing live shopping craze. It urges sellers to “go live” and drum up interest in their wares (which span numerous niches from trading cards to toys and video games to vintage jewelry) by acting like a kind of digital auctioneer working a crowd of potential buyers.

The point of Whatnot’s campaign—called Break the Bank and produced by Portal A—was to get fresh eyeballs on its live ecommerce capabilities.

Break the Bank ran for six days, from April 26 to May 1, giving away increasingly larger prizes until, on the final day, one viewer won 250 packs of Pokémon trading cards.

The campaign streamed at the same time for each of those six days, and every day, it went live with a set of goals. Once a goal was met—like, for example, reaching 5,000 live viewers—a new prize was unlocked. The more viewers joined, the more prizes were put in the pool.

Creators collectively made 127 posts about Break the Bank that, as of May 2, generated 246,000 views and 51,000 unique likes, comments, and shares, Whatnot says.

The total number of viewers it attracted to crack open those six glass boxes? 89,270.

“This activation cemented our confidence in our loyal community of passionate hobbyists,” John Walters, Whatnot’s head of special projects, tells Tubefilter. “Our audience is so dedicated, and we saw more and more people join their friends and engage via chat during the livestream, with every challenge being met each day.”

Walters adds that Whatnot is “excited about what’s in store,” and says the platform is “looking forward to creating more unifying experiences like this in the future.”