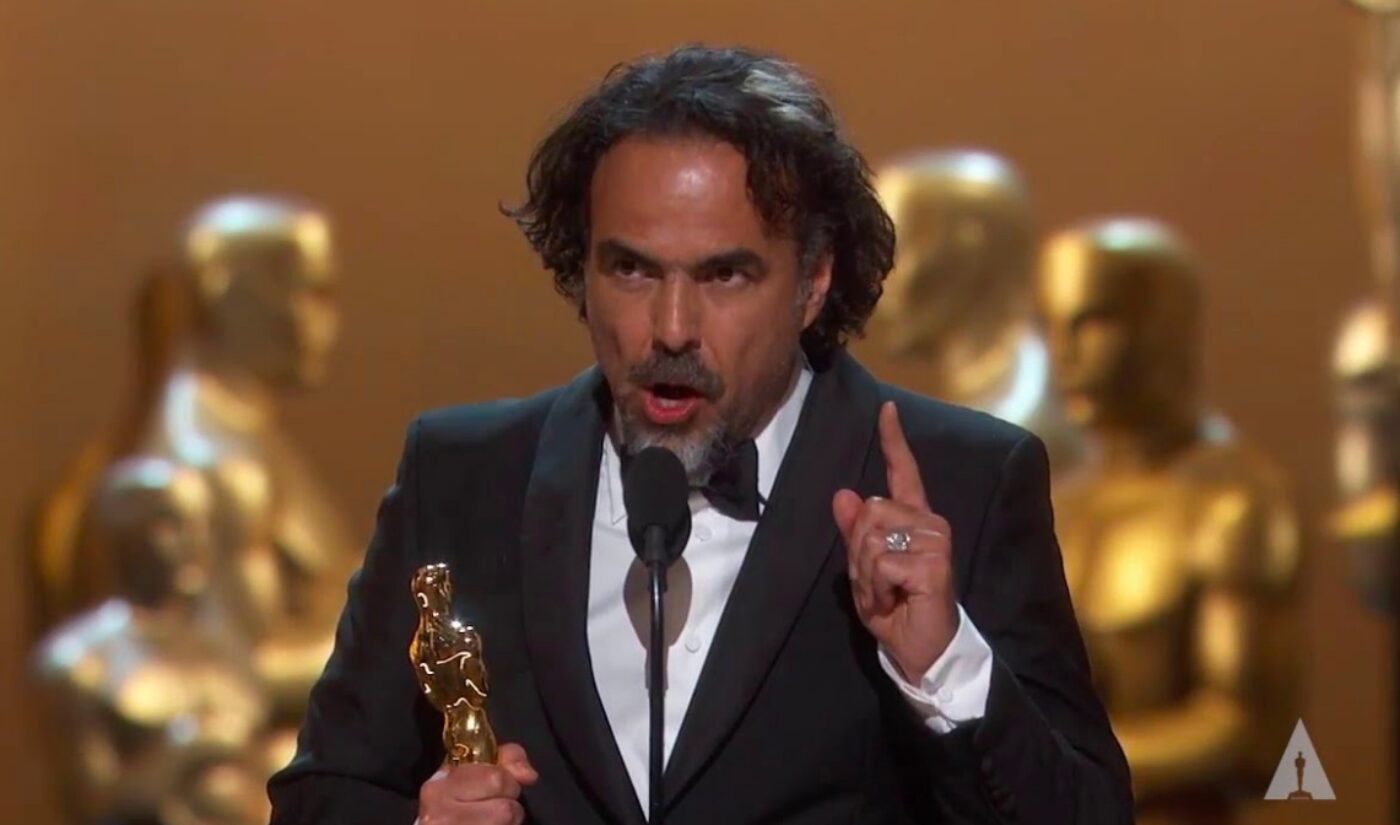 In March, AppleTV+ became the first streaming service to win Best Picture after its film CODA snagged the top prize at the Oscars. Now that the seal has broken, only one question remains: Which streaming service will be the next one to reach that lofty goal?

Maybe it will be Netflix. After an abysmal first quarter of 2022, the team in Los Gatos could use a win, and it might just get one with Bardo, False Chronicle of a Handful of Truths. That lengthy title belongs to Alejandro González Iñárritu‘s next feature film, which Netflix has acquired for an undisclosed sum.

There are no sure bets in the Best Picture race, but Iñárritu is as close as you can get to one. The Mexican director’s movies won the prestigious award in 2014 (Birdman) and 2015 (The Revenant), making him the first filmmaker since 1950 to win Best Picture two years in a row. Bardo will be his first feature since then; according to Deadline, the film will wrap in the fall and will arrive on Netflix and in theaters “at year’s end.”

Bardo, which is billed as a comedy, will follow a Mexican journalist who deals with an existential crisis after returning home. Like Iñárritu’s other films, this one will feature ambitious and technically-brilliant cinematography. The filmmaker has enlisted Darius Khondji, who has worked with everyone from Bernando Bertolucci to Danny Boyle to Bong Joon-ho, to direct Bardo‘s photography.

“Alejandro is one of the greatest modern filmmakers and one of the leading visionaries in our industry,” said Netflix Head of Global Film Scott Stuber. “Bardo is a cinematic experience that has inspired us to create a release strategy designed for the film to penetrate culture in the biggest and widest way.”

For Netflix’s sake, I hope that Bardo is as good as Stuber claims, because the streamer could really use the positive press. Its Q1 2022 earnings report was nothing short of disastrous — instead of gaining 2.5 million subscribers over the quarter, as it had projected, it lost 200,000 of them. That was its first net subscriber loss in more than a decade, and its shares lost a quarter of their value as a result.

Netflix has said it is mulling an ad-supported subscription option as a means of reversing its downward trend, but improving the quality of its content could also provide a big boost. In the wake of the company’s Q1 results, some observers have suggested that Netflix’s move toward agreeable crowd-pleasers and ridiculous reality shows may be convincing some customers to drop their subscriptions. So even if Bardo doesn’t win Best Picture in 2023, it could still be a valuable piece of content as long as it is critically acclaimed and commercially successful. Given Iñárritu’s track record, that seems likea pretty safe wager.