Reddit wants its users to pursue their passions. That’s why it’s launched a million-dollar development fund. 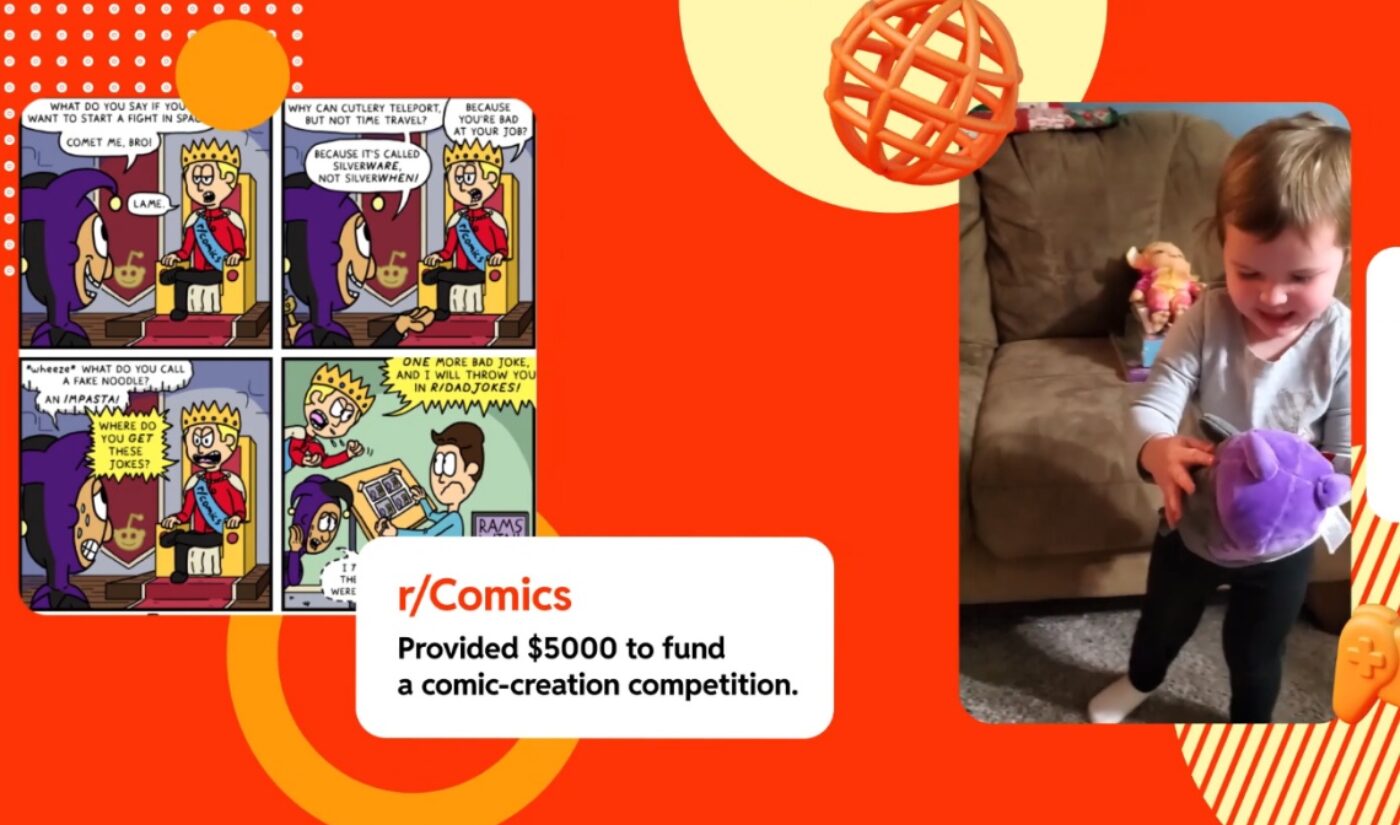 There’s a Reddit feature designed to support the ideas and passions of the platform’s users, and no, I’m not talking about the upvote.

The “front page of the internet” has announced the Reddit Community Fund, which will disburse $1 million among Redditors who wish to implement “big ideas” among their peers.

The Fund’s payouts will range between $1,000 and $50,000. The goal is to support individual projects, events, or initiatives that are inspired by a particular Reddit forum, or subreddit. “Community Funds aligns with our mission of bringing community, belonging, and empowerment to everyone in the world,” reads an introductory blog post from Reddit. “Beginning in June, we will invite communities to submit ideas for projects, events, contests, giving, almost anything you can think of to bring people together for inspiration and delight.”

To get an idea of what these passion projects might look like, we can look at the ones that have already been supported through a Reddit Community Fund pilot program, which spread $60,000 across “some incredibly bold projects” last year. There was a billboard competition run by the official subreddit for BTS fans, an artistic tournament (with cash prizes!) for members of the /r/comics community, and much more. Reddit shared a handful of Community Fund-sponsored developments in a sizzle reel, which is embedded below:

Reddit is not the first social media platform to offer monetary support to members of its community. The Facebook analogue of this feature launched in 2019 and has since delivered all-important backing to some of the social platform’s users.

Though the Reddit Community Fund has been formally announced, the company behind it still needs to hone its rules and regulations. Submission details are currently scant, with Reddit only noting that it would hand out grants based on “creativity, feasibility, and community impact.” Expect a more stringent set of guidelines to arrive before the Fund’s submission period officially kicks off in June.