YouTube Millionaires: Milo wanted to join gaming org SoaR. So he slid in its DMs. 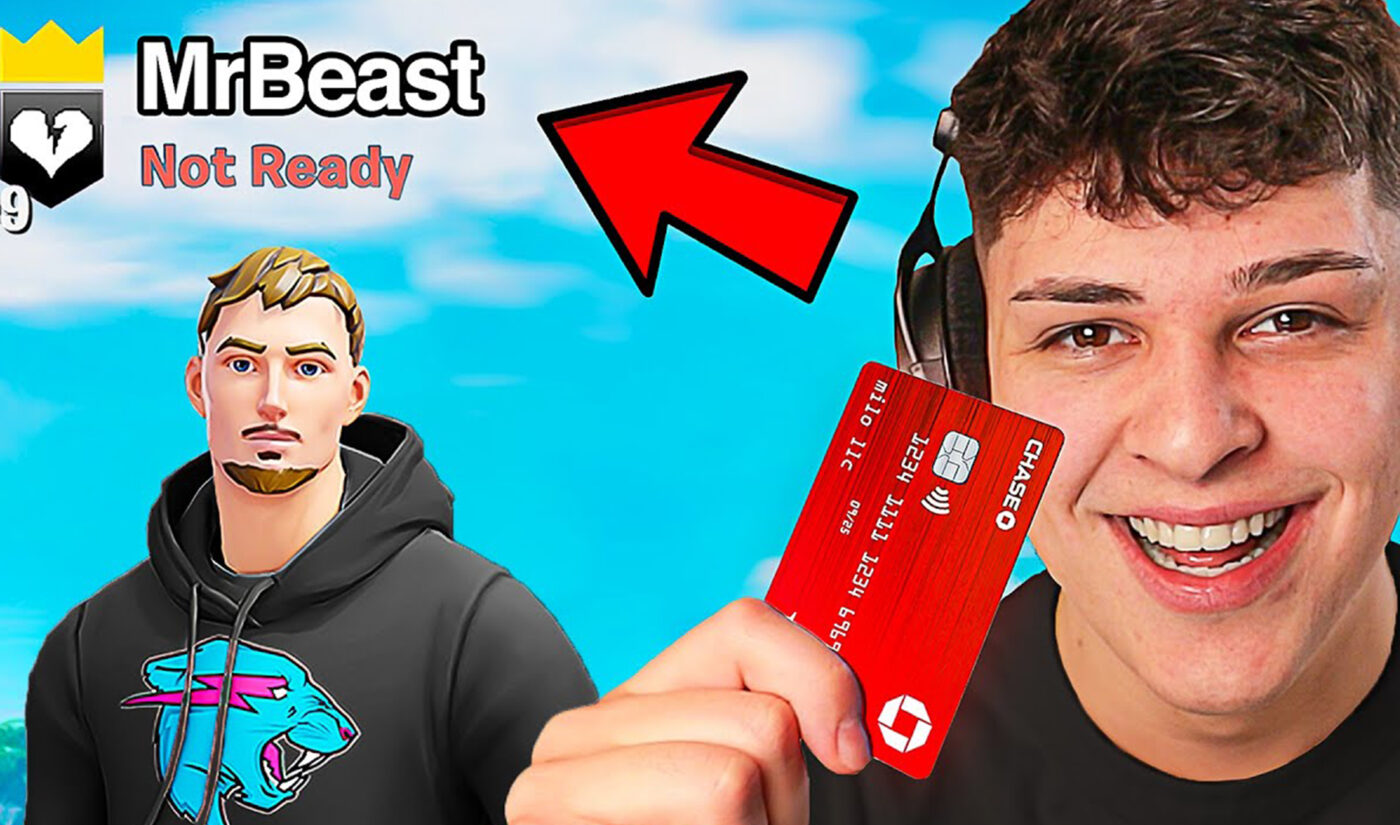 SoaR Milo is a master of disguise.

In his five years on YouTube, he’s gathered there’s one big thing that drives his channel growth: making trendy, algorithm-attention-grabbing videos. The way he sees it, if a video pops off, there’s probably an algorithmic reason–and therefore an algorithmic reason to make more like it.

Over the past year, what’s been working for him is a good old imitation game. He fires up Fortnite and metamorphoses into someone else. He’s been The Rock, a fake Epic Games employee, a noob, Ninja, Lazarbeam, Lachlan, and, crucially, MrBeast.

We say crucially because emulating the famously generous burger baron involved Milo giving real donations to his unsuspecting “victims.” And that set off a whole new spate of content for him. These past few months, he’s followed in MrBeast’s footsteps, tapping fellow Fortnite players to take part in challenges and rewarding them with cash.

For Milo, these MrBeast-y videos are part of figuring out how he can use his channel to do good. YouTube changed his life–now he wants to use it to change others’.

Tubefilter: Congratulations on hitting one million subscribers. How did it feel to pass such a big milestone? What do you have to say to your subscribers?

Milo: It’s literally a dream come true. When I saw my subscriber count hit one million, I felt a sense of accomplishment and affirmation. I was happy, but I’m not done, so more than anything, I just felt really appreciative of the journey. I owe it to my subscribers for changing my life.

Tubefilter: For those who may not know you, tell us a little about yourself! Where are you from? What did you do before launching a YouTube channel?

Milo: I’m kind of a boring person, actually. I’m from a really small town in Washington with a population of 9,000 people where there is nothing to do, so I spend most of my time gaming and watching YouTube. Before YouTube, I was just a normal kid going to school. Tried out some sports but nothing really had my attention like YouTube and gaming did. I’ve been making videos since I was a freshman in high school, but never saw any real success until my first year of college.

Tubefilter: How did you get into gaming in general? What ended up drawing you to Fortnite, and how did Fortnite keep your attention and passion? What’s special about it compared to other games?

Milo: I’ve been interested in gaming ever since I could remember. My first console was a GameCube! I enjoy games that are multiplayer because I’m a competitive person. I don’t like story mode-type games. I played Call of Duty multiplayer for years until Fortnite came out in 2017. Fortnite was a new approach at multiplayer gaming. The battle royale concept changed gaming forever. Being a competitive person and winning a game with 99 other players was the best feeling. I was hooked.

Tubefilter: Tell us about joining SoaR. We saw a press release mentioning you signed with them when you had 50,000 subscribers—so you’ve grown quite a bit. How did you originally get in contact with SoaR? How have they helped you and your channel since then?

Milo: SoaR is a gaming organization I have known about since I started playing Call of Duty back in 2012-13. The whole sniping and trickshotting thing has always interested me, but I was not good at it back in the day. Fast-forward six or seven years and I started gaining a little momentum on YouTube.

SoaR was always a goal for me when I was young, so funny enough, I kind of just sent a private DM to SoaR management asking to join, and they gave me a shot. They signed me and helped my channel monetarily. They kind of invested in me. So now that I have over one million subscribers, the relationship between SoaR and I is mutually beneficial in many ways. That’s family.

Tubefilter: What’s the average day look like for you? How much time do you spend playing Fortnite and making videos? What else do you get up to?

Milo: My time on Fortnite varies a lot. Some days I’ll spend four to six hours on the game recording or building maps. Other times I’ll go days without playing Fortnite. But every day is a work day for me. I typically spend my mornings planning and ideating. Most of the work is actually pre-production and post-production.

When I’m not doing YouTube stuff, I’m either eating, showering, or hanging out with family. I do not give myself much time to enjoy other things. But I enjoy YouTube, so I guess I spend most of my time doing what I enjoy. Remember, I spent like five years making YouTube videos and did not make a single dollar, so you know I enjoyed it.

Tubefilter: What’s been your favorite part of being on YouTube?

Milo: I don’t really have a favorite part, but if I had to choose just one, I think my favorite part about YouTube is that I have an opportunity to truly impact lives in a positive way. I’m still trying to figure out how to do that, though.

Tubefilter: How do you come up with ideas for videos? Do you ever pay attention to what’s trending, or take suggestions from commenters?

Milo: My approach to coming up with ideas has changed over time. I started with making videos I thought were cool, but that did not work. If you want to grow on YouTube, you need to make trendy and algorithm-optimized videos. So most of the time I land on making a video that I think will perform well. I would love to take suggestions from commenters, but most of the time the algorithm knows what the viewer wants to watch more than the viewer knows what they want to watch.

Tubefilter: What do you think was the No. 1 most important factor in growing your channel? Was there something you did that really boosted your viewership and subscriber count?

Milo: I think the #1 most important thing when it comes to growing a channel is doing trendy things, but doing it in a way that is different and better.

Tubefilter: Do you have any plans in the coming months? Anything cool you’re hoping to do? Where do you see yourself in five years?

Milo: My plan is to keep growing my YouTube presence, and keep doing what I enjoy. Two years ago, I could have never predicted what my life is like now, so five years from now, I don’t know. I just hope I’m still doing something to improve my life and the lives of those around me. Things happen so fast—for now I’m just focused on the next video, and the next, and the next.