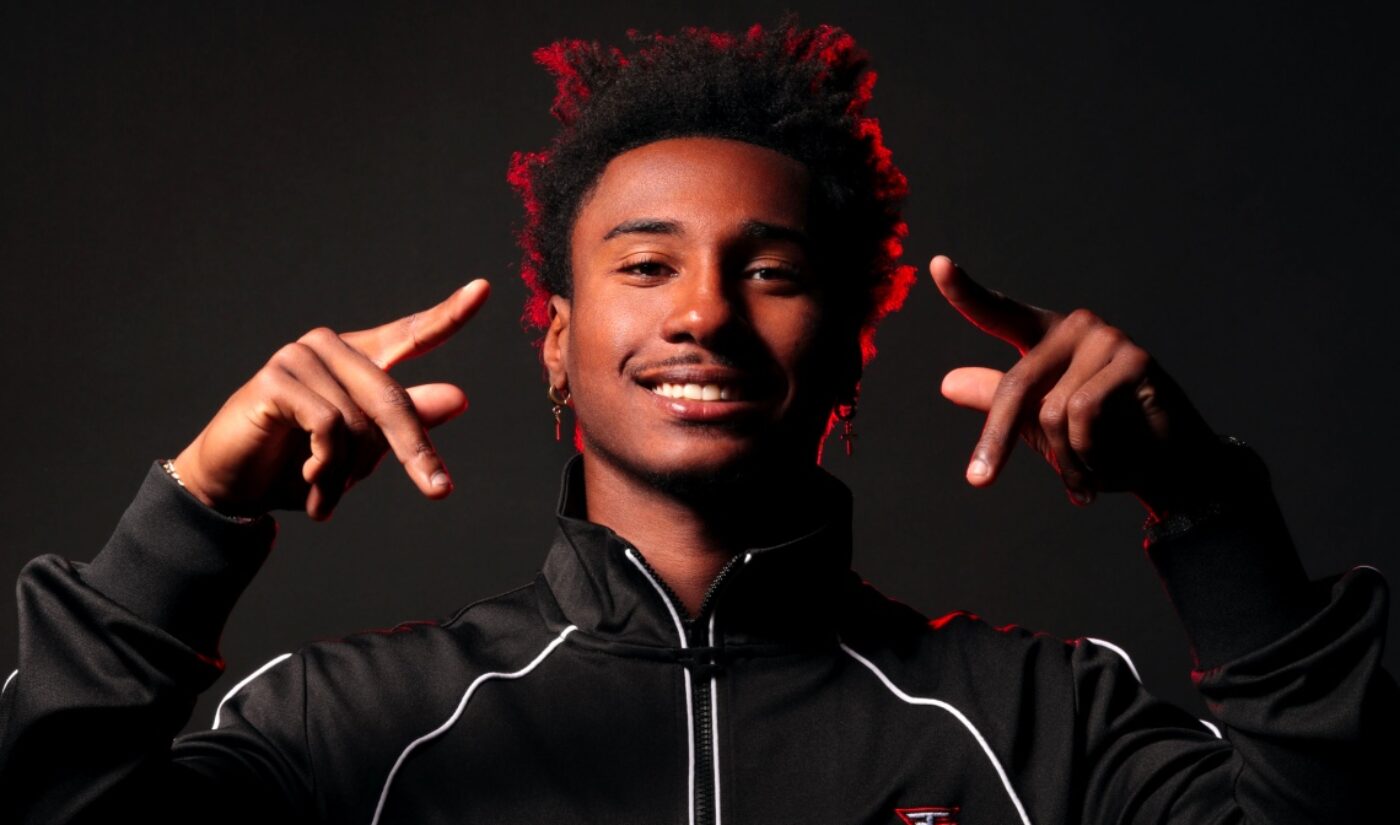 When Donald De La Haye was a teenager, he spent hours trying to recreate the video game trick shots popularized by FaZe Clan. Now, he has become a part of that network himself.

De La Haye, known widely by his internet alias Deestroying, is FaZe’s newest member. He will operate under the name FaZe Deestroying and will use his combination of charm and athletic prowess to assist the network’s push into the sports world.

Before he was a star creator with 4.2 million YouTube subscribers, De La Haye was young gamer who “idolized” FaZe Clan. He has been watching FaZe creators since 2010, and has collaborated with some of them in recent years. FaZe Rug showed De La Haye his best jukes in a January 2021 video; later that year, the former Division I football player burned the popular vlogger in a race.

Rug is one of the creators De La Haye is most excited to work with going forward, though the Costa Rica-born kicker plans to collab with a number of his new network-mates. “Adapt is hilarious and I can see us making a ton of content together and Temperrr is very into fitness which is also a passion of mine. We’ve talked about hitting the boxing gym together and I’m excited to learn from and spar with my boy,” De La Haye told Tubefilter. “Rug is one of the most genuine people I’ve met. Even before FaZe was an option for me, Rug and I hung out, made content together and just got to kick it and get to know each other.”

For FaZe fans like De La Haye, creators like Tommy “Temperrr” Oliveira are known for revolutionizing the gaming industry, but the Deestroying channel has played its own role in the history of creator culture. It first popped onto our radar when the NCAA ruled its star ineligible, citing the YouTube ad revenue he earned while playing football for the University of Central Florida. De La Haye publicly challenged the decision, and in the process, he shined light on the difficulties faced by college athletes who wish to become content creators.

About four years after the NCAA handed out that punishment, it updated its rules in order to allow college athletes to profit off their name, image, and likeness (NIL). At that point, De La Haye had already left UCF to pursue content creation full time, but his battle against the NCAA had its own advantages. “I definitely do think it helped my career in many ways,” he told Tubefilter. “I think I earned a lot of respect in the public for being a trailblazer and going against the grain. I took the road less traveled and carved out a path that many athletes can follow today.”

FaZe’s decision to join forces with De La Haye suggests that the vast gaming network has its eye on the sports world. The opportunities associated with NIL rights will lead to many more student-athlete content creators, and as De La Haye put it, FaZe is now well-positioned to “take the sports world by storm.” The company already works with pro athletes like wide receiver JuJu Smith-Schuster (who has also collaborated with De La Haye), and its latest partner will further broaden its footprint “to a wider array of content,” according to FaZe Clan Senior Talent Manager Nikhil Jayaram. “[De La Haye’s] natural starpower, work ethic and love for content creation fits perfectly into the FaZe family,” Jayaram said in a statement. “We are constantly in innovation-mode at FaZe and looking for ways to embrace new types of talent.”

It’s not just big networks that benefit from these sorts of deals. De La Haye believes the brave new world of NIL will let viewers see a new side of athletes who dominate on the field or in the gym. “What’s better than watching your favorite athlete ball out in their game and then be able to get to know them beyond that by tuning into their content or streams?” he told Tubefilter. “I’m super excited to see the new type of content that’s born from this new ruling and I’m even more excited to see what businesses and brands my athlete brothers and sisters create that will extend their legacy way beyond just their sport.”

In total, FaZe Clan’s roster of more than 85 creators reaches a global audience of more than 500 million followers. The 12-year-old company is about to go public through a SPAC deal that will value it at $1 billion.