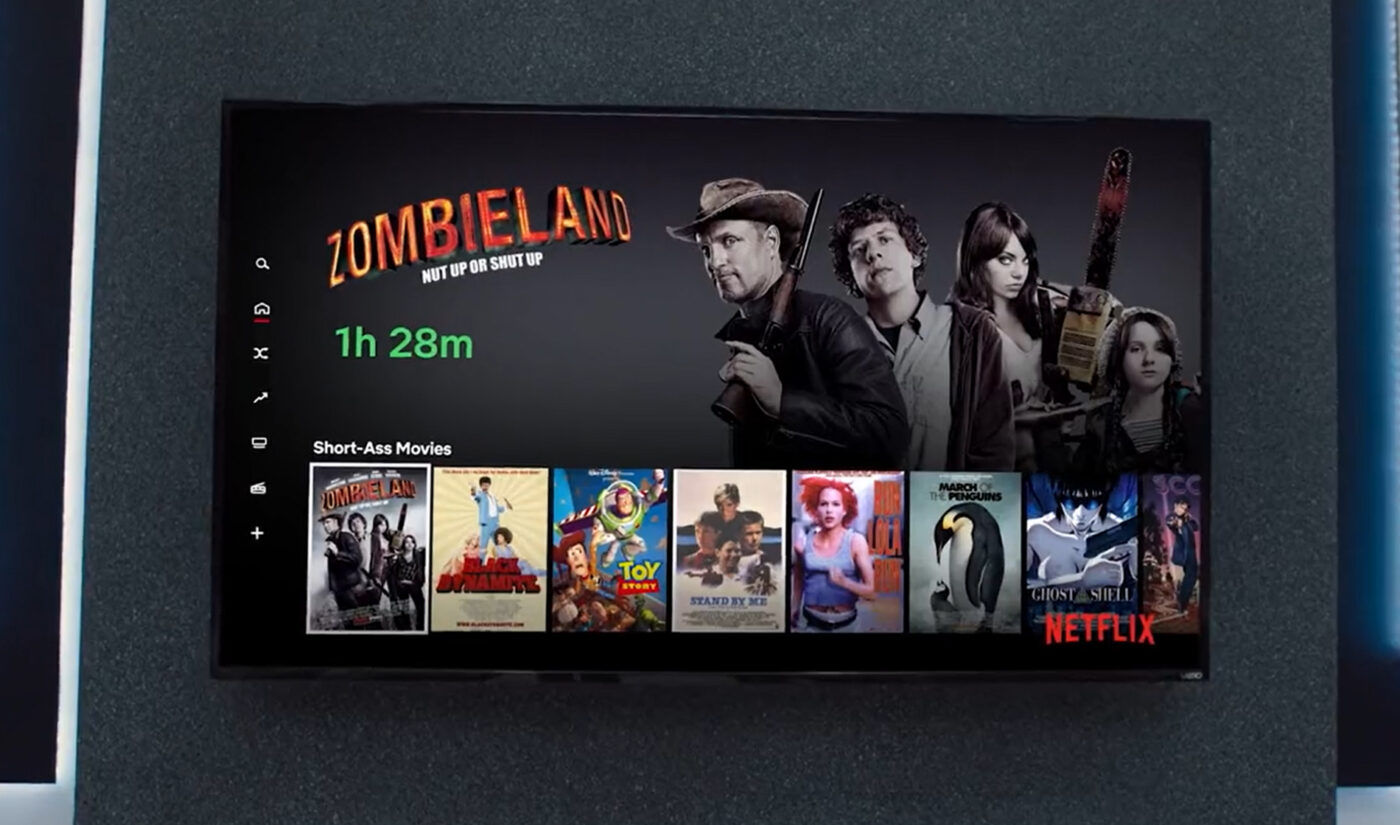 Netflix actually did it.

Thanks to Pete Davidson and Saturday Night Live, the streamer has added an official “short-ass movies” category.

Davidson’s latest SNL song was an ode to a very specific type of film. “These days when I sit down to watch a movie, I can find just about anything in the world,” he sings, flopping down on a couch and scooping up a remote to browse through a fake version of Netflix. “But night after night there’s only one kind of movie I’m always looking for, and that’s a short-ass movie.”

Davidson specifies that he means “a really short movie, like at most an hour forty.”

After SNL dropped the song on Twitter this past Saturday, Netflix quote-retweeted it with a simple response: “good idea.”

It debuted the category Monday, and told The Verge any subscriber should be able to search for it across their phones, tablets, computers, and connected TVs.

This writer’s based in Canada, where the category offers 33 short-ass movies. Titles include Happy Gilmore (clocking in at one hour, 31 minutes), Rambo: First Blood (one hour 33 minutes), The Spy Next Door (one hour 34 minutes), the 2002 live-action Scooby-Doo movie (one hour 26 minutes), Space Jam (one hour 27 minutes), Scary Movie (one hour 28 minutes), and The Mummy (which is by far the longest at two hours and four minutes, but since it’s achieved a level of iconic few films ever will, we’ll let it slide).

U.S. subscribers seeking a quick flick will find titles like Zoolander, Death at a Funeral, Monty Python and the Holy Grail, and Midnight in Paris, per The Verge.

The category doesn’t seem to tag in all movies that are under an hour and 40 minutes (for example, the undying Ryan Reynolds classic R.I.P.D. is an hour 35 minutes and isn’t included). But in a world where seemingly every new movie has to be at least two and a half hours, it is there for us.