David Dobrik and Jeff Wittek had a falling out over Wittek’s eye injury. Now legal action is coming. 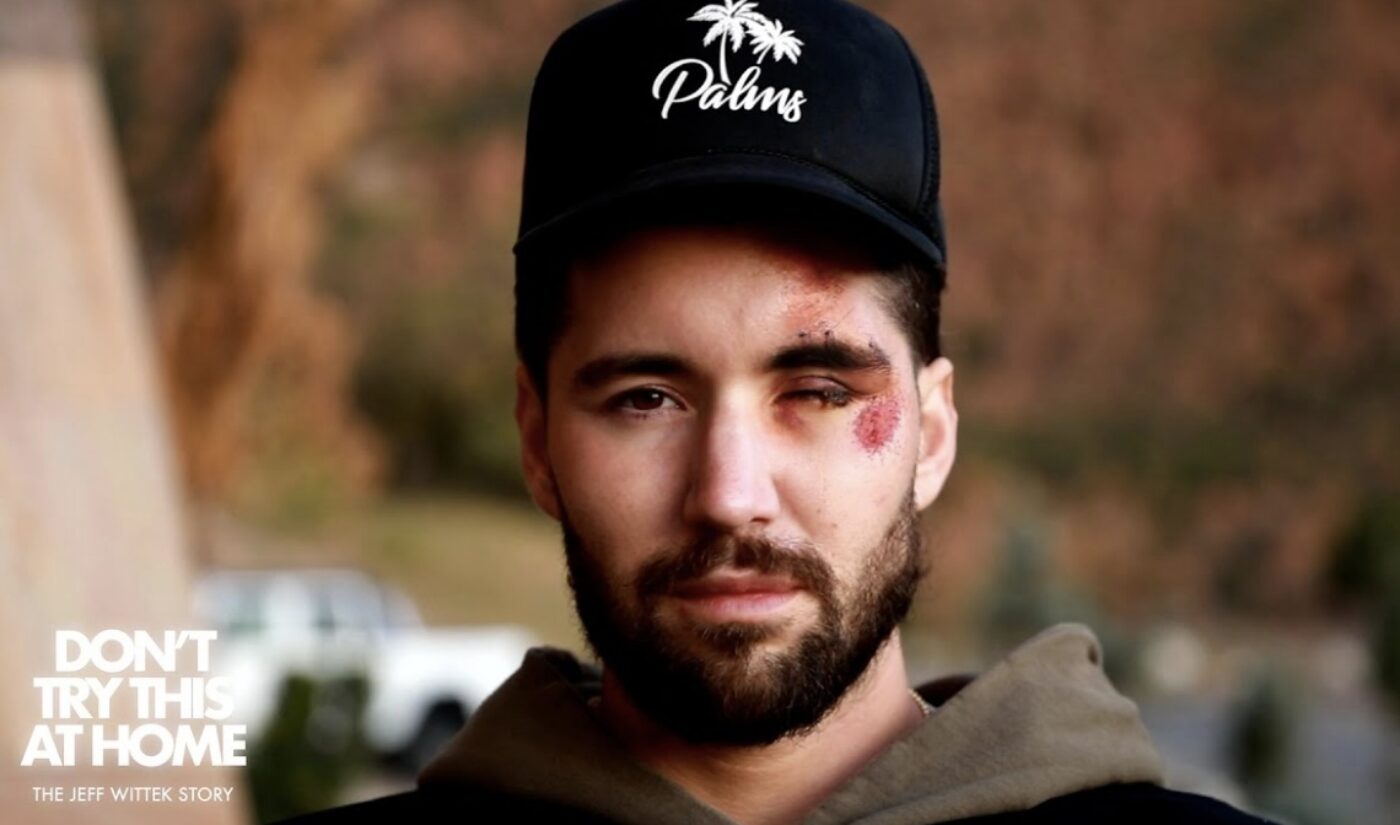 David Dobrik and Jeff Wittek used to be good friends and close collaborators. Now, they have the baddest of bad blood.

During an appearance on the podcast Raw Talk (which is hosted by creator Bradley Martyn), Wittek confirmed that he is taking legal action against Dobrik. The two Vlog Squad members had a falling out after Wittek suffered serious eye and face injuries while filming a stunt for Dobrik’s YouTube channel.

About 10 minutes into the Raw Talk episode, Martyn asked Wittek to talk about his feud with Dobrik. “This guy’s never gonna learn,” Wittek responded. “I guess I’ll just talk to some lawyers.” He then confirmed that he is preparing a case against Dobrik, though he noted how difficult it has been to review the footage of his injury over and over again.

The incident in question happened in June 2020. Dobrik was plotting his return to YouTube after a delay caused by the COVID-19 pandemic. In order to make a splash (literally), Dobrik operated an excavator in a shallow lake while Wittek swung from a rope attached to its arm. When Dobrik stopped the machine, Wittek smashed into its arm, suffering a fractured skull, a fractured eye socket, a broken hip, a broken foot, and a leg injury.

One person who hasn’t offered sufficient support — at least from Wittek’s point-of-view — is Dobrik himself. During his Raw Talk appearance, Wittek accused the embattled Vlog Squad frontman of blaming him for the incident.

That claim echoes the one Wittek made after seeing a clip from Under the Influence, a documentary from vlogger Casey Neistat that chronicles Dobrik’s rise and fall. Wittek claims the documentary clip shows Dobrik pushing responsibility for the accident onto him. “That just made me completely lose all respect for this guy, and lose all hope that he could ever turn around and become a better person,” he said. Around that time, Wittek started publicly threatening Dobrik with legal recourse.

Dobrik sees the accident differently. In a recent episode of his podcast, he expressed regret by saying he would “do anything to take that day back.” He believes Wittek is mad at him because he “saw me do an interview where I said something that I promised him I’d keep between us.” Per Dobrik, Wittek is “pissed that I broke a promise.”

Though he has not publicly commented on any impending legal action, Dobrik is certainly no stranger to controversy. In 2021, he found himself in hot water after a member of the Vlog Squad, Durte Dom, was accused of rape.