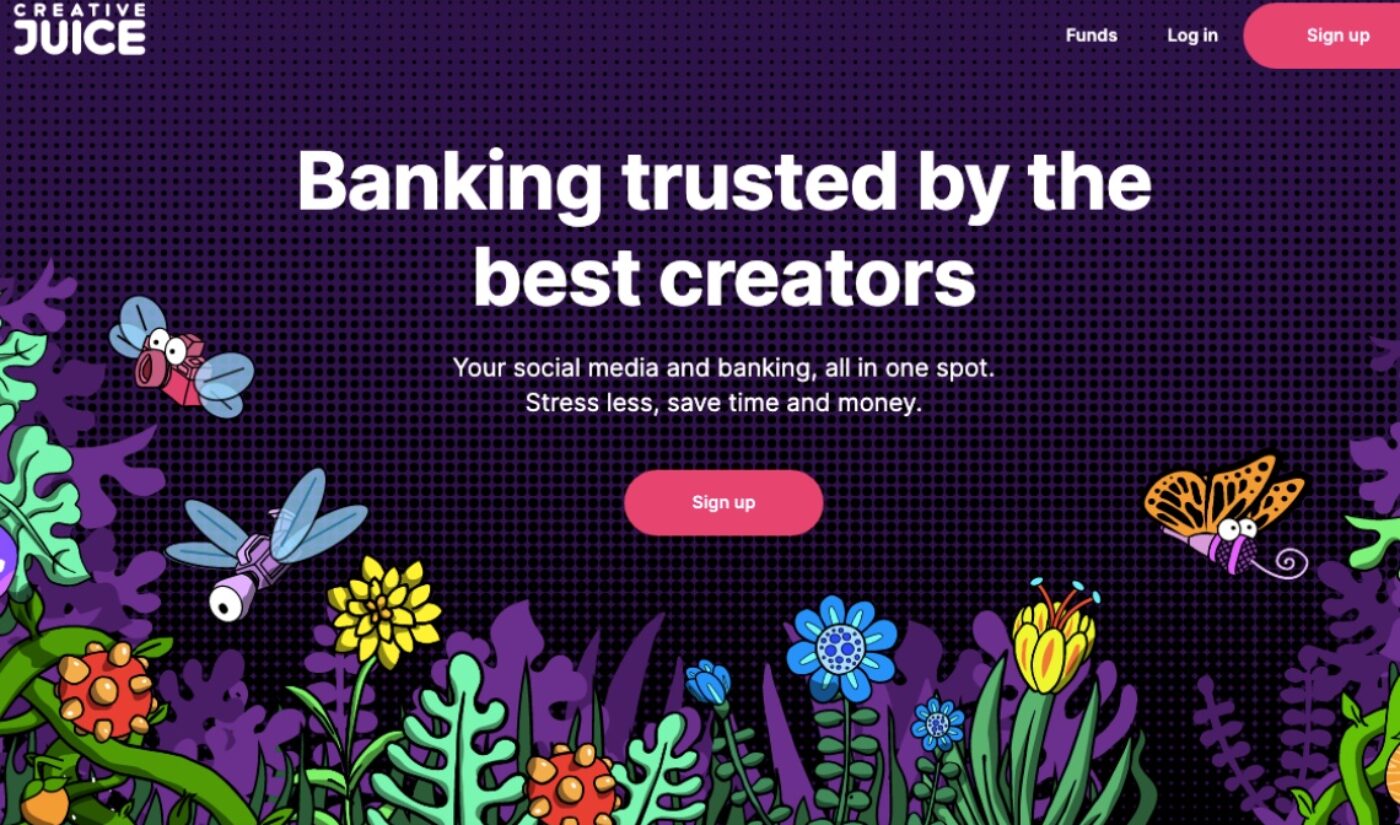 An upstart provider of financial services for creators is getting juiced up.

Creative Juice, founded two years ago by former Plaid exec Sima Gandhi and Night Media president Ezra Cooperstein, has announced a $15 million Series A funding round. And the buck doesn’t stop there — Creative Juice is also adding $50 million to its Juice Funds, which it uses to invest in creators and their companies.

Said investments are Creative Juice’s bread-and-butter; the Juice Funds were the first product the company revealed after its 2021 launch. The idea to let moneyed influencers stake up-and-coming creators was suggested by Jimmy ‘MrBeast’ Donaldson, and the YouTube mega-star promptly partnered with Creative Juice to disburse $2 million among the online video community. Donaldson, who is managed by Cooperstein’s company Night Media, also participated in Creative Juice’s $5 million seed round.

The $2 million fund was delivered to a diverse group of enterprising young creators, but that was only the beginning. With its latest round of venture capital secured, Creative Juice is upping the ante and promising to deliver $50 million through its Juice Funds.

“Juice grows as creators grow,” Gandhi said in a statement. “There’s a massive economic boom in the creator economy, but millions of creators remain under-banked and misunderstood by traditional financial institutions. Our Series A and the enhanced Juice Funds will enable a new surge of possibility in terms of products and productions.”

Though Creative Juice’s investments are its best-known product, it has also launched its own banking business in order to help creators get paid. It also offers Juice Boosts, which are advance payments on YouTube AdSense revenue. As it expands, the San Francisco-based benefactor will develop more products in the fintech space.