YouTube Millionaires: Dougmar risks it all to test the internet’s most questionable life hacks 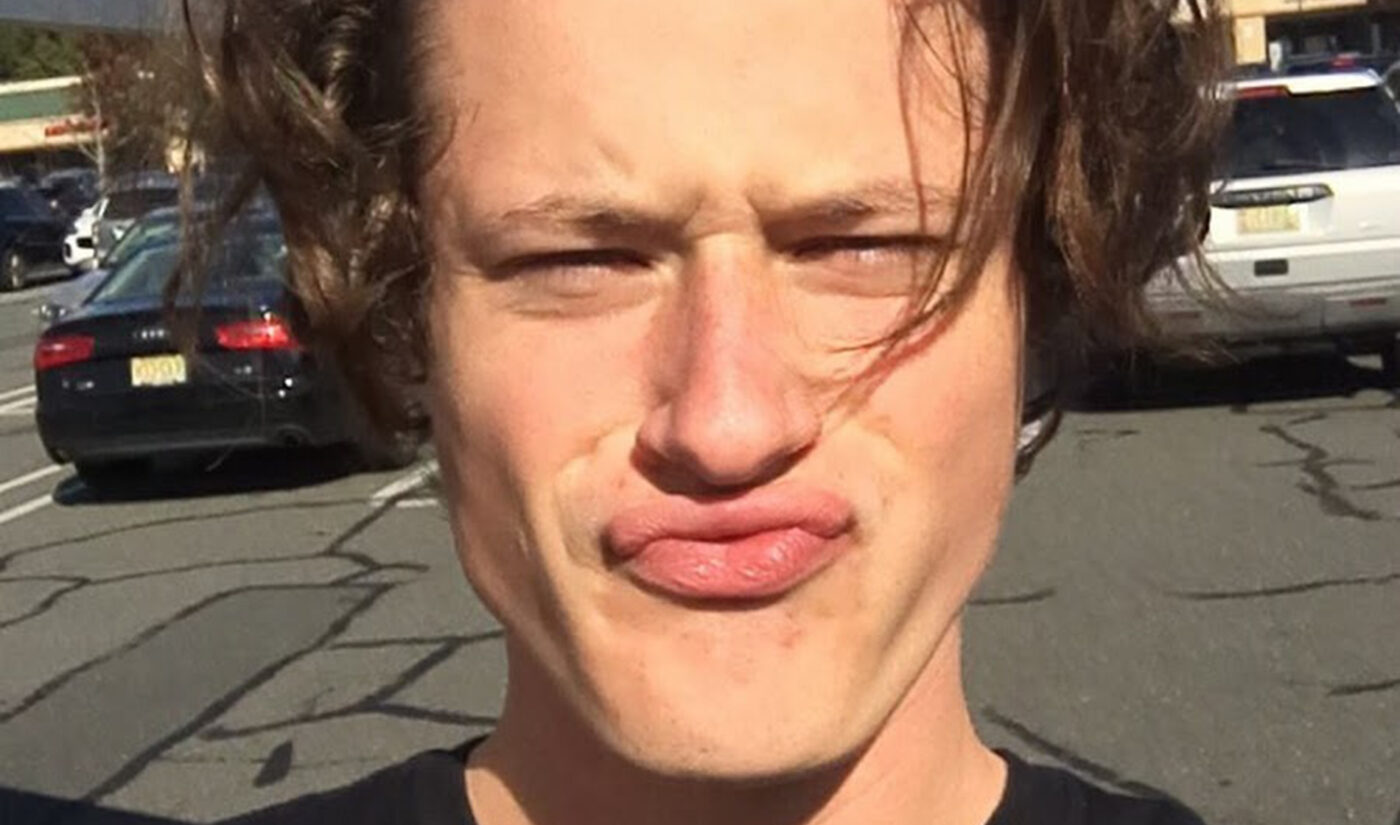 He also almost died in the video before. And the one before that.

Okay, so maybe he didn’t actually almost die, but the imagined mortal peril is an eye-catching hook tacked on to the end of his YouTube video titles. Take the video below, for example. It’s called TESTING A VIRAL 5 MINUTE CRAFT. Is that compelling on its own? Sure. But Dougmar’s real traffic-generator is adding (I ALMOST DIED AT THE END). This over-the-top drama is a signature of his. Tune in to any video, and you’ll find Dougmar dishing out slapstick-level physical comedy as he risks life, limb, the love of his very patient girlfriend, and the occasional brand-new Apple product in the pursuit of investigating the internet’s most viral hacks.

Dougmar got his start on TikTok in 2019, then expanded to YouTube Shorts in 2021. Just under a year later, he’s officially a YouTube Millionaire.

Tubefilter: For anybody who hasn’t seen your videos, who are you and where are you from? How did you end up on TikTok and YouTube?

Dougmar: My name’s Doug, my online name is Dougmar. I started doing social media in high school, that was a few years ago. And then in 2019 I started TikTok. A few of my videos blew up. So then I became a full-time TikTok creator at the end of 2019. Then, when YouTube Shorts came out, I started uploading on there. I think I started on YouTube Shorts in the beginning of 2021, and I hit a million subscribers in right under a year.

Dougmar: Yeah. I really like the addition of YouTube Shorts. I think it was a good move by YouTube, and definitely a good way to grow your channel.

Dougmar: Yeah. I did some long-form, mainly compilation videos and then some random ones here and there, but I only had 10,000 subscribers before I started YouTube Shorts.

Tubefilter: What made you get on TikTok in 2019?

Dougmar: I was just posting kind of goofy videos here and there. There wasn’t really an expectation, I’d say, but then some of them just started randomly blowing up, and there wasn’t too many comedy people on the app at that point. It was mainly music-based content. I did see some people doing comedy stuff, so I thought that was like an opening. So I just started posting every single day, and it started growing from there. I wanted to take the opportunity of having videos do well consistently.

Tubefilter: Speaking of consistency, one of the main things we’ve noticed about your channel is that you have a really consistent theme to your videos—trying viral life hacks. How did that become your thing, and how you keep it fresh?

Dougmar: First of all, consistency is just super important for any social media platform. That’s why I upload on YouTube every two days and on TikTok a few times a week now. But also, I think you have to let your content evolve and grow and change, because if you keep doing the same thing, it’s gonna get repetitive. I do think I’ve been doing the hack-testing a lot, but I am trying to change them up. They just perform well on YouTube Shorts and on TikTok.

But I think I started out with, like, a parody of life hack videos on TikTok. I did a bunch of those videos and those kind of evolved into me testing popular online hacks that I see in other people’s videos.

Tubefilter: Do you make the same content for YouTube and TikTok or do you make different videos for each?

Dougmar: In the beginning? Yes. Now, no. I make different videos for each platform.

Dougmar: I’d say YouTube, I definitely do more of the life hack videos. On TikTok sometimes I’ll do more trends or stuff with my girlfriend, like couple-y videos, but on YouTube I noticed those don’t do as well. So I started just making content exclusive for YouTube. I try to differentiate more now because I want to kind of maximize each thing, and I don’t like posting videos that I don’t think people will enjoy.

I have different audiences on each as well. Like some of my YouTube audience probably does not know I do TikTok, and my TikTok audience, probably some of them don’t know I do YouTube.

Tubefilter: How do you come up with video ideas? Do you have a stock list where it’s like, “These are things I want to film,” or are you an on-the-go, in-the-moment kind of video-maker?

Dougmar: I used to write down everything and I thought that was pretty easy, but when you’re coming up with so many ideas, or making so many videos so frequently, it’s kind of stressful. Now if I find videos that give me inspiration, I’ll go back and look at those, or if I see a life hack or whatever, something I want ot try, I’ll ping the person who made the video and see if I can use it. That kind of thing might dictate what I do and what I don’t do.

Tubefilter: How long does it take you to make the average video?

Tubefilter: And that’s the same across YouTube and TikTok?

Dougmar: Yeah. I mean, if I’m doing a trend on TikTok, I could probably get that done in half an hour. But if I’m actually editing the video, then it definitely takes much longer.

Tubefilter: How have things changed for you as a creator in general, ever since YouTube Shorts came out and your channel started to grow? Have you gotten any kind of sponsorship deals? Have you gotten a new manager, new team members…?

Dougmar: I do have management, but that was before YouTube Shorts. That was from TikTok. I actually have not done any brand deals on YouTube Shorts. I haven’t seen many people do brand deals, which is interesting. That’s mainly on TikTok right now.

When I first started on TikTok, there weren’t really any brand deals. But eventually brands and companies started coming over, once they saw how well it was doing. I’m sure maybe the same thing could happen with YouTube Shorts.

People have reached out to me to do long-form video ads, so I’m going to start doing those when I actually start posting long-form videos more consistently.

Tubefilter: You don’t have to give us spoilers, but what are your general plans for long-form?

Tubefilter: Do you have any other plans for this year?

@dougmarwhy did i not try this earlier? 😂 (my boss got so mad at the end)♬ original sound – dougmar

Tubefilter: What does the average day look like for you right now?

Dougmar: Wake up, scroll on TikTok, YouTube, Instagram, try to get some ideas. That probably takes like an hour, an hour and a half. I’ll do all the morning stuff, go to the gym. And then at two o’clock, some of my friends film stuff for me. We’ll film for like an hour, two hours. And then I’ll start editing stuff at night. Sometimes I will edit in the morning too. After I’m done editing, I’ll just do normal night things, play Fortnite.

Tubefilter: That’s all we had, unless there’s anything else you want readers to know?