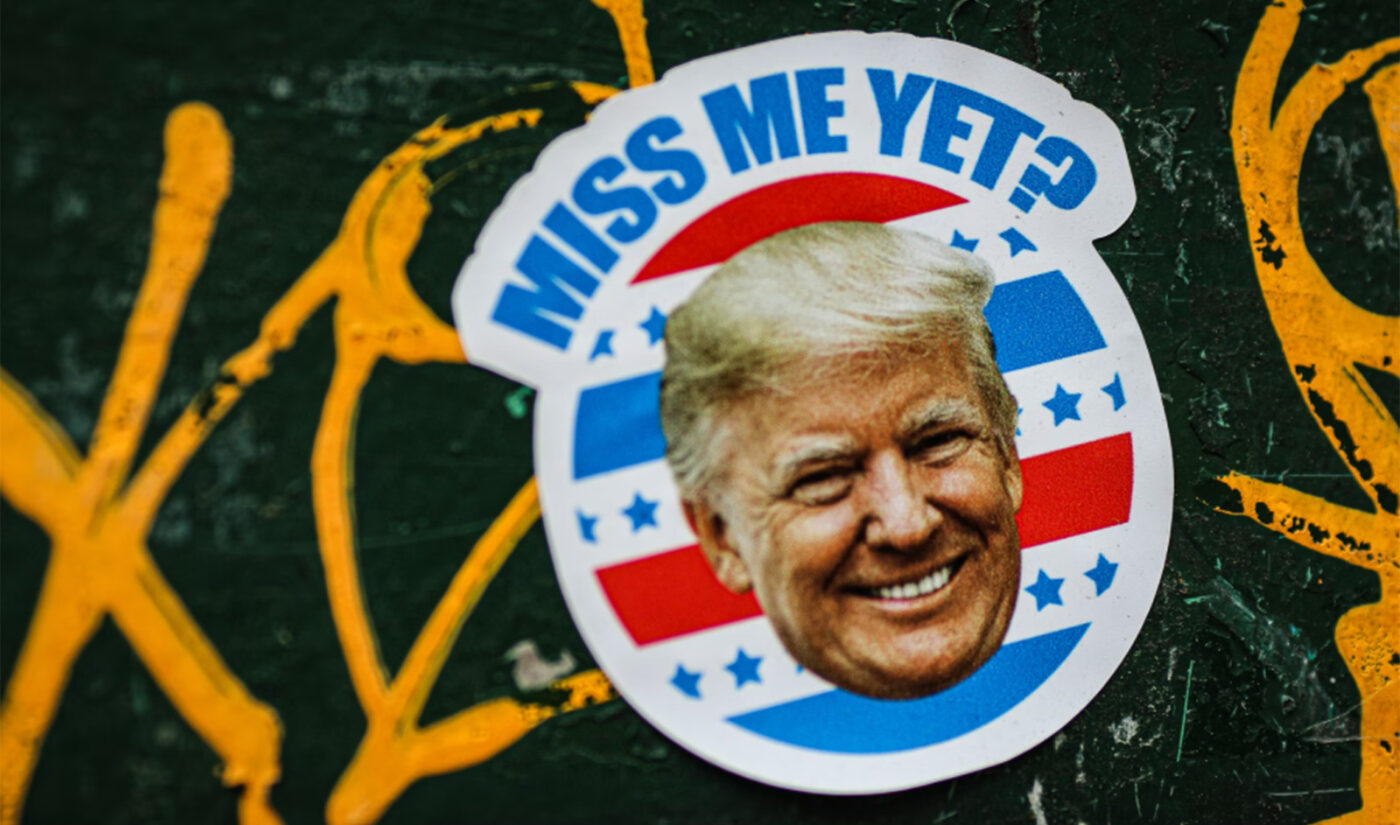 Donald Trump has been deplatformed by Big Tech™ yet again.

That policy “prohibits content containing false claims that widespread fraud changed the outcome of the 2020 U.S. presidential election,” YouTube says. “We allow content with sufficient educational, documentary, scientific or artistic context, which the video we removed did not provide.”

Trump appeared on the March 9 episode of Nelk’s podcast Full Send and, yes, took the opportunity to repeat his unfounded claims that the 2020 presidential election was rigged in Democrats’ favor.

According to tweets from Nelk leader Kyle Forgeard, the interview amassed more than 5 million views before YouTube pulled it at around 8 p.m. Eastern March 10.

For those who didn’t catch it during its brief YouTube existence (it is still viewable on Nelk’s website fullsend.com), the episode featured peak Trump. That is to say when Nelk asked him about his thoughts on Russia’s invasion of Ukraine, he answered by ranting about “the windmills” and saying the U.S. is “playing right into [Russia’s] hands.”

“Green energy. The windmills don’t work,” he said, directly in response to a question about how he thinks Ukraine’s future will unfold. “They’re too expensive,” he went on. “They kill all the birds. They ruin your landscapes.”

Following YouTube’s removal, Trump’s re-election PAC released a statement, which Forgeard posted to his Twitter with the comment, “So crazy for donald fucking trump to be mentioning the NELKBOYS!”

In the creatively capitalized statement, Trump called YouTube “Big Tech lunatics” and accused it of removing the episode “so that nobody can watch it or in any way listen to it.”

“In the 24 hours that it was up it set every record for them, by many times,” Trump added. (If he’s talking about overall YouTube viewership records, he’s very wrong, by many times.) “Interestingly on the show I told them this would happen because Big Tech and the Fake News Media fear the truth, they fear criticism about Biden, and above all, they don’t want to talk about the Rigged 2020 Presidential Election, all topics discussed.”

Trump’s long-held grudge against social media platforms resulted in him launching his own platform, Truth Social, last month. That’s going about as well as you’d expect.