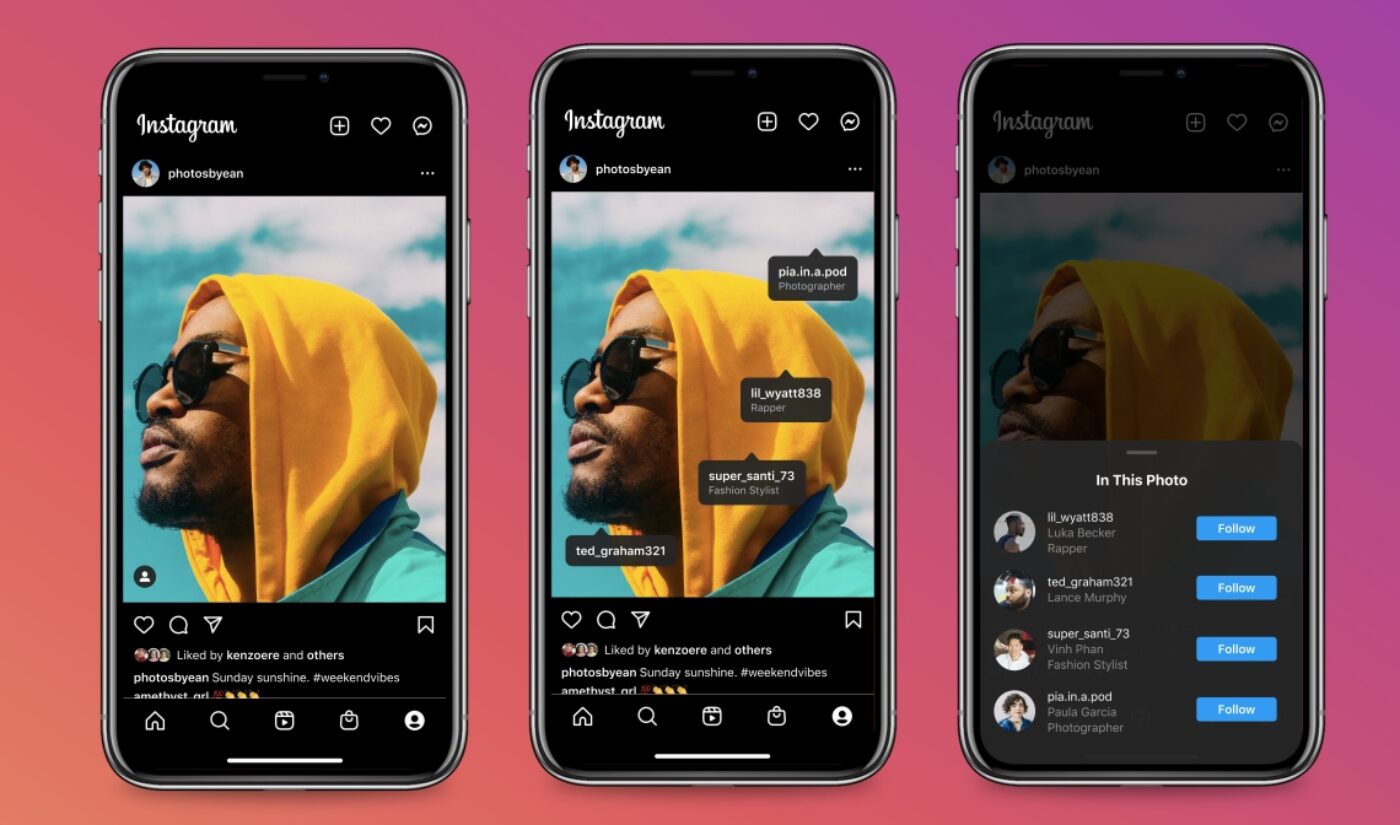 There’s a pervasive problem that affects Black creators and influencers from other underrepresented communities: The people who pioneer new dances, memes, and slang terms on social media are often denied credit for the trends they launched. There are too many examples of white creators collecting fame and fortune by appropriating viral crazes created by their Black counterparts.

Instagram is hoping that a feature on its platform will ameliorate this issue. It has launched enhanced tags, which allows users to credit all the contributors to a photo or video based on their respective roles.

When an enhanced tag is applied to a piece of content, Instagram pulls both the name and listed profession of the tagged account. This means that everyone from choreographers to makeup artists to songwriters to stylists can be credited for their work alongside the influencers who appear on camera.

The development of enhanced tags was spearheaded by a trio of Instagram employees: Engineer Cameryn Boyd and data analysts Alexis Michelle Adjei and Alexandra Zaoui. The triumvirate recognized the need for an advanced crediting feature after witnessing the widespread appropriation of Black content on social media. Last year, a group of Black TikTok creators launched a strike in hopes of highlighting their significant — and often unheralded — contributions to the app’s culture.

More recently, a study revealed the existence of a racial pay gap in the influencer marketing industry. According to the study, white influencers are paid 35% more than their Black counterparts.

Enhanced tags won’t solve these pervasive issues on their own, but the feature’s creators want to direct more users to the accounts of trend originators in order to level the playing field. “The hope is that they will now get the credit and that piece of content where their contribution can be traced back to their accounts,” Boyd told NBC News, “so that people have the opportunity to follow them and they can grow their influence.”

Boyd believes that receiving credit is the first step toward ensuring that trendsetting creators get the “growth and monetization and career-starting opportunities” that can level up their careers. If that’s a mission that appeals to you, you can give enhanced tags a whirl the name time you post to Instagram.