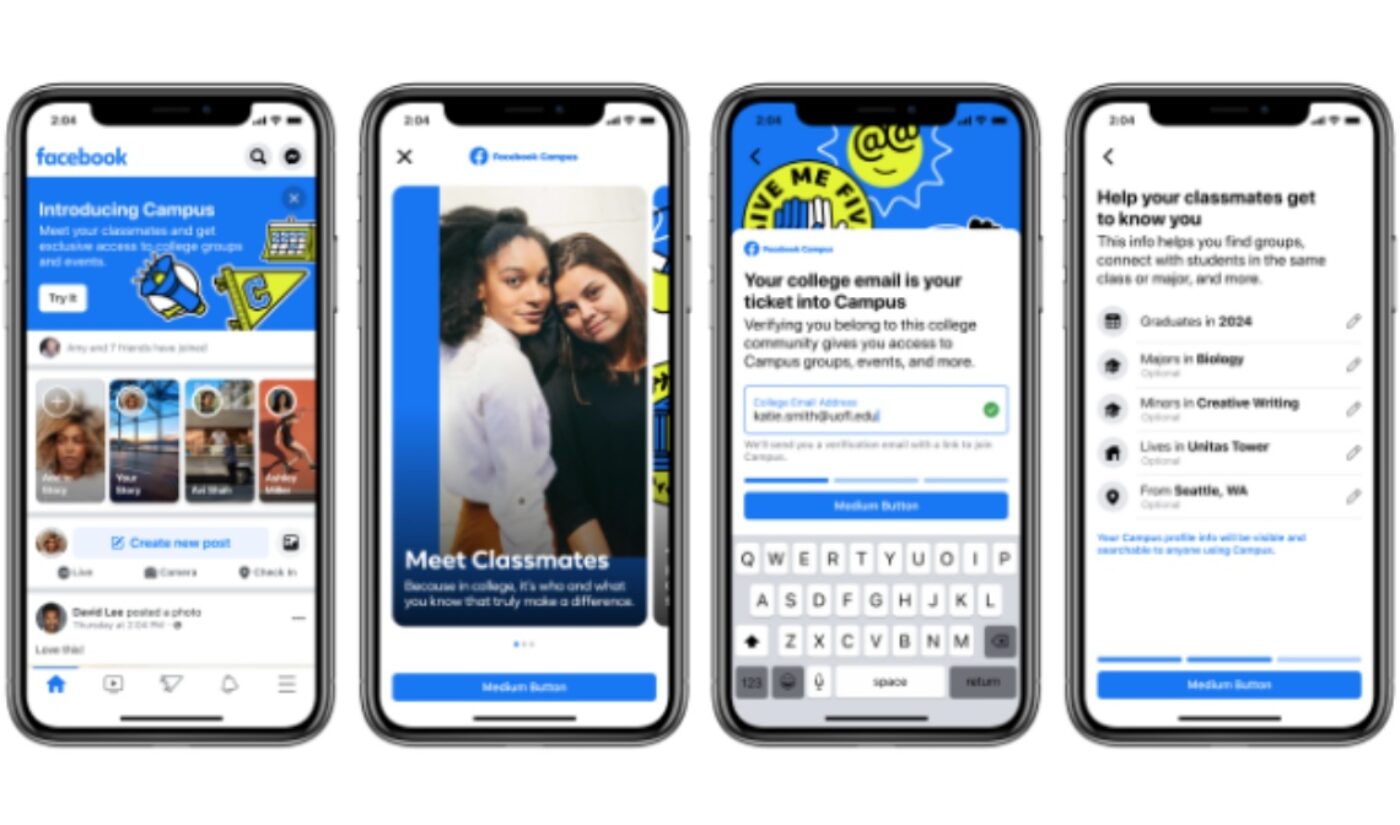 In the Fall of 2020, Facebook sensed that a shift to online coursework would cause college kids to use its platform more frequently. To meet that demand, the social giant announced Facebook Campus, a space where university students could connect with their classmates.

Maybe Campus would have worked out in 2004, but it’s 2022, and the pilot program didn’t even last two years. Facebook is shuttering its student service, choosing instead to support pupils through Messenger and Groups.

You may remember that back when Facebook was still known as The Facebook, you needed to have a .edu email address in order to sign up for an account. Campus attempted to update that idea for the modern era of the web by turning Facebook into a virtual student center. On each school’s Campus hub, users could join groups with classmates, learn about upcoming events, and interact with administrators.

I’m sure you can think of plenty of reasons why today’s college students would be skeptical about Campus, but in case you need me to jog your memory, Campus was hindered by:

At the very least, Campus’ failure wasn’t due to lack of trying. By the time of its demise, the service had been extended to more than 200 schools.

“We’ve decided to end our pilot of Facebook Campus,” a Facebook spokesperson told TechCrunch. “We learned a lot about the best ways to support college students, and one of the most effective tools to help bring them together is Facebook Groups. We’ve notified students in the test schools that Campus will no longer be available, and have suggested relevant college Facebook groups for them to join.”

So much for that. If Facebook is looking to revive any other classic features, I would suggest they stay far, far away from the “hot or not” game Mark Zuckerberg created while still a student at Harvard.