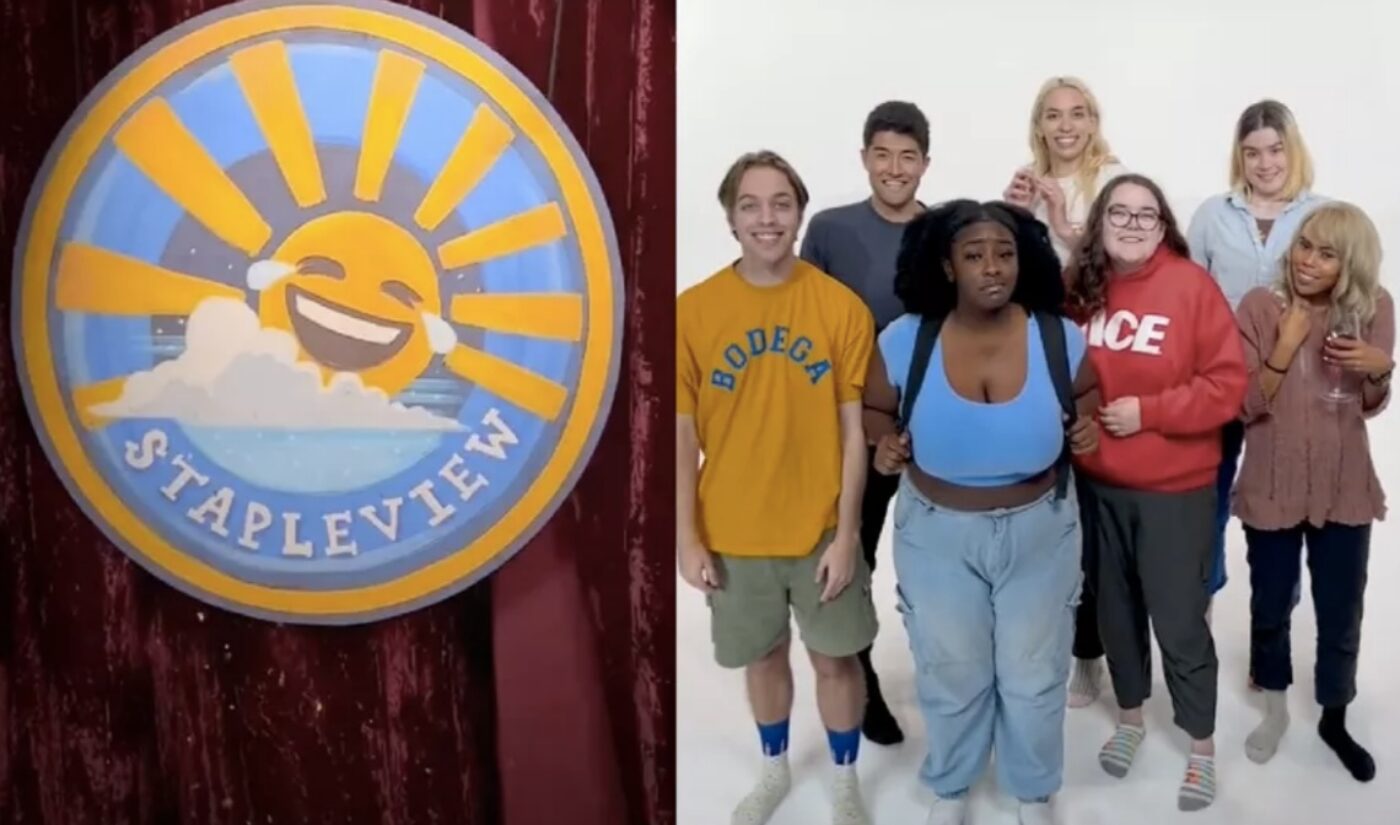 A group of seven TikTok funnypeople are coming together to deliver a new brand of comedy. Their troupe is called Stapleview, and it’s being billed as the first-ever fully produced sketch comedy show and channel on TikTok.

By “fully produced,” we mean that Stapleview uses a multi-camera format and will present its sketches (which typically run for about two minutes) in long-form streams that will go live on the show’s homepage. The first such stream will go live at 9 PM ET on March 3rd.

Individual VODs of each sketch are also available; I enjoyed this one about a “professional” paleontologist who has some unusual ideas for arranging bones.

The humor in these videos isn’t out of place on TikTok, but more than anything else, Stapleview seems to be emulating Saturday Night Live. This comes as no surprise, since Stapleview is the brainchild of Sam Grey, who has worked at Lorne Michaels’ Broadway Video.

“Our artists and writers are a talented and nimble bunch, and we are excited to come together to blaze trails as the first comedy sketch show on TikTok,” Grey said in a statement. “I’ve had the good fortune to work with some of the reigning leaders in comedy, and I believe that TikTok has provided, singlehandedly, the most authentic platform to experience entertainment content. With the launch of Stapleview, I hope we can shepherd a new renaissance for the sketch comedy and variety show artform.”

The artists Grey speaks of include both established TikTok stars and hungry up-and-comers. Of Stapleview’s seven troupe members, only Gray Fagan and Grace Reiter have at least one million TikTok followers. Their castmates are Dylan Adler, Sydney Battle, Sarah Coffey, DaMya Gurley, and Jane Wickline.

As for the behind-the-scenes talent, Grey has recruited Reggie Henke of I Think You Should Leave as Stapleview’s head writer. Some videos on the new channel, like one featuring a bloody Hinge date, would not be out of place on Netflix’s outrageous sketch show.

So, let’s ask the million-dollar question: Will Stapleview’s Broadway Video connections make it a part of the online video-to-Saturday Night Live pipeline? If Kyle Mooney can parlay his wacky YouTube videos into a gig with the Not Ready For Prime Time Players, then there’s hope for these TikTokers (if they’re into that).