On The Podcast: Let’s slap some ads in the middle of those stories. 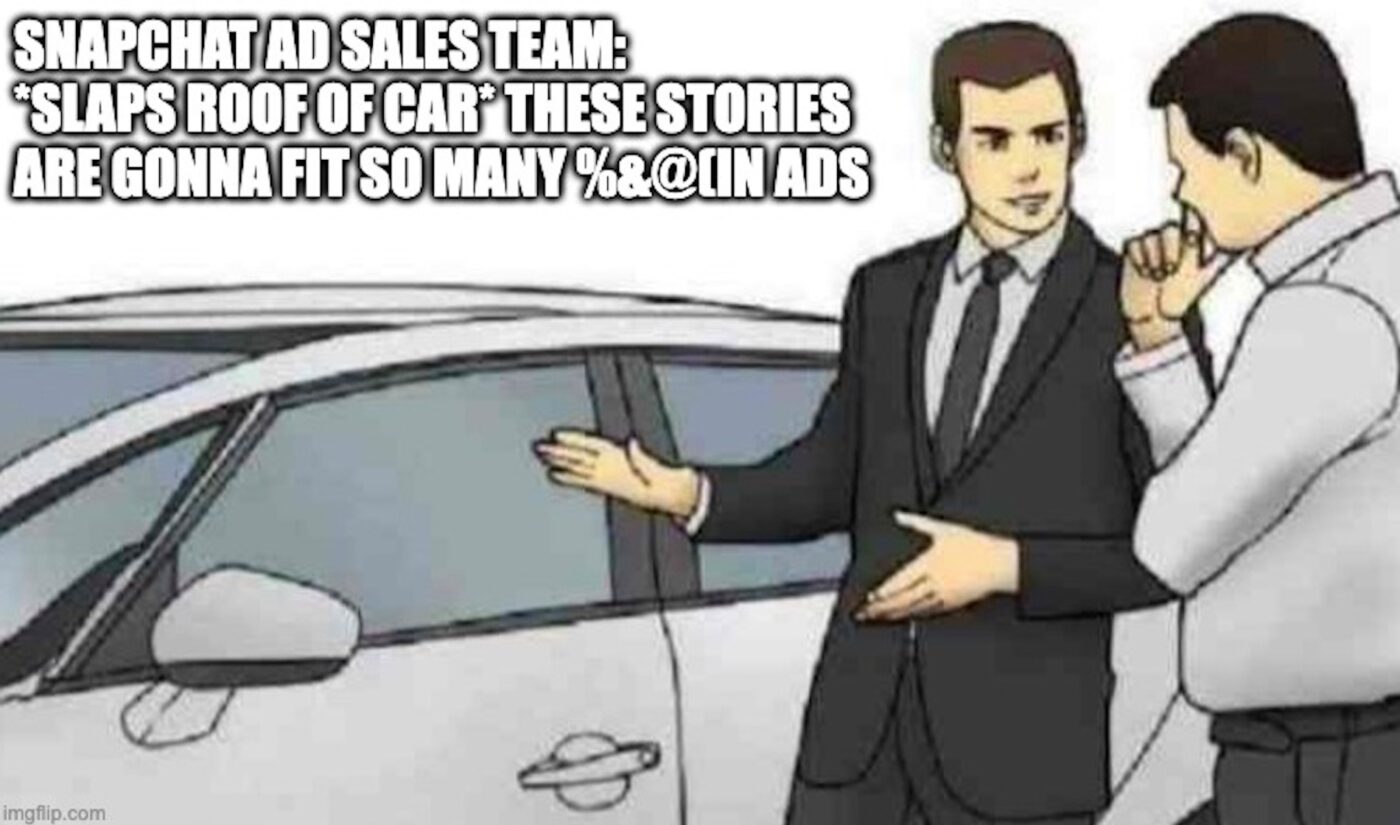 Well, it’s not easy from a technological perspective. The company’s had to 1) invest hundreds of millions of dollars of research and development funds into its ContentID offering, so large rights holders feel comfortable using – and profiting from – the platform while maintaining effective ownership of their content. And 2) leverage its parent company’s pre-existing AdSense tech stack to ensure prompt and accurate payment to creators.

But it is easy from a conceptual perspective. It’s basically like a traditional television commercial. Put video ads – which command higher CPMs than simple display ads – before, in the middle of, and alongside a channel’s uploads. Split that ad revenue with the channel owner. Wash, rinse, repeat for upwards of $28.8 billion a year.

What’s not easy is monetizing short-form content and compensating creators. The entertainment-to-advertisement ratios become imbalanced. If the length of your video is somewhere between two and 10 minutes, a 15-second ad represents just 12.5% to 2.5% of that video’s runtime. Not bad! If your video is 60-seconds or less, that same 15-second ad represents at least 25% of that video’s runtime. Kinda bad!

You could shorten the length of the ad, but then advertisers 1) would probably pay less for the shortened amount of video real estate, and 2) must create new, shorter ads specifically to satisfy your platform’s ad needs, which is actually a very big ask because advertisers are people, too, and they don’t like bespoke, additional work. Or you could just run display ads over the short-form video content. It’s not a bad idea! But display advertising rates generally monetize an order of magnitude or two lower than their video counterparts.

So, what’s a platform to do to monetize its short-form content and get themselves and creators paid along the way? I guess at least try something. And that’s what Snap is doing.

Snapchat will begin running midroll ads in public Stories made by “Stars” – a set of approved creators comprising traditional celebrities, notable digital stars, creators of official Snapchat Lenses, and brands. To be clear, Snap has run ads between stories before – a la Instagram – but never in the middle of stories. That’s an important distinction because if the ads are running between stories, it means they’re not running against any one creator’s content. So with whom would the platform split the ad revenue? But if the ads are running in the middle of stories, it’s easy for the platform to split the revenue generated with that creator.

Will it work? No idea, but I think it’s got a shot simply because viewers these days probably won’t mind – and may even like – the additional advertising load. They’res seemingly happy knowing the content creators they love and love to watch are doing well. Those creators are their “friends”, so they want them to succeed. And they’re their “aspirational friends”, so they want to be like them one day and make a living off a split of advertising revenue that’s generated from a multitude of fans watching their content.

I get into this and more on Creator Upload. Check it out to hear Lauren effusively agree with me, too. You can subscribe on Apple Podcasts or whenever you listen. You’re going to dig it.