YouTube Millionaires: What happens when you want to be “like Mike,” but aren’t a super-athlete? Ask this YouTuber. 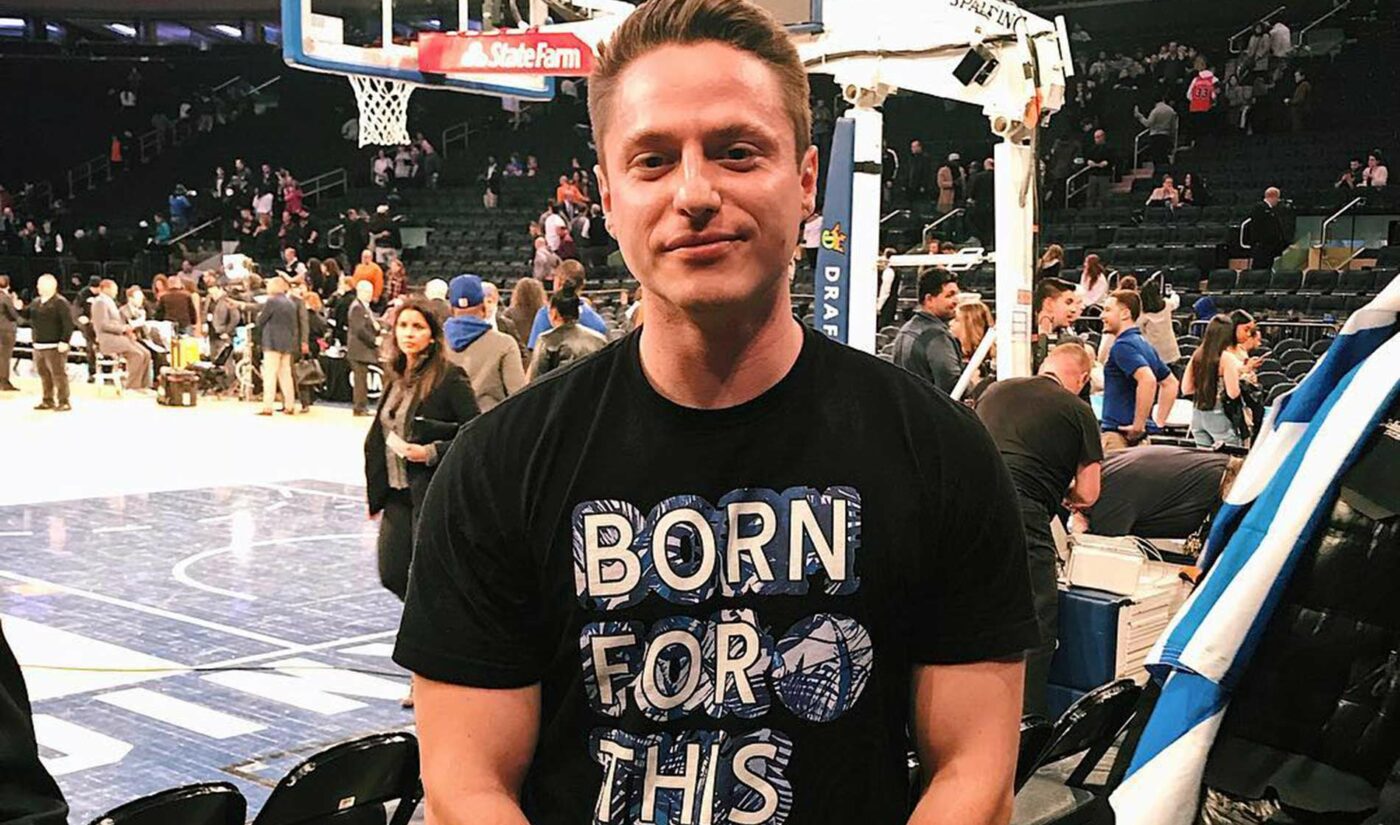 As a kid, Mike Korzemba dreamed of being the next Michael Jordan.

But it’s tough to be “like Mike” (like that Mike, at least) when you stop growing at five-foot-ten and aren’t exactly a super-athlete.

Korzemba was a little bummed that he wouldn’t have the Chicago Bulls clamoring to snag him in the next draft, but he didn’t let the fact that he wouldn’t end up in the NBA damper his enthusiasm for the league, and for basketball as a whole. Instead of stepping onto the court, Korzemba took to the net, launching a YouTube channel dedicated to the NBA and its official video game, NBA 2K.

Korzemba’s earliest videos chronicled his virtual career on the 2K court. As he became a more established creator and his audience grew outside the video game space, though, Korzemba realized that covering the NBA on YouTube could actually shape up to be a real, non-virtual career.

So he committed to uploading three times a week, and these days makes his living posting videos about everything to do with the NBA, from current and legacy events to some of the league’s best (and worst) moments to analytical breakdowns of teams’ triumphs and woes.

So to everyone who has supported me in any way during this journey, thank you. Every watch, every like, every subscriber, anything you have done in any way has not only helped me get to where I am, but has also given me a job I love, so thank you so much for that, and just know I really do appreciate it each and every day.

MK: I am from Freehold, New Jersey, went to high school there (FTHS!), and have basically lived in different parts of central Jersey my whole life except for college. For college, I went to St. John’s in Queens. I loved the people there and still do—hoping our basketball team turns things around, but I have a lot of faith there!

Tubefilter: How did you become such a big fan of basketball and the NBA? What do you love about the sport?

MK: I grew up watching Michael Jordan and the Chicago Bulls, and like many, wanted to be like Mike. Unfortunately, I am five-foot-ten and somewhat less athletic, so instead I became a Bulls fan. I love basketball because it’s fast-paced, there is constant action, and I’ve played it my whole life, so I have a special attachment to the game.

Tubefilter: You started your channel six years ago, and right from the start, you were making videos about basketball. What made you decide to get on YouTube? How have your videos changed from then to now? Do you focus on different aspects of the game now than you did then?

MK: So I actually first started on YouTube with a sketch comedy channel that was absolutely horrible, and I’m glad nobody has ever found those videos, lol. BUT, I taught myself how to edit, and that helped me so much when I started my NBA channel! I have always loved YouTube, and as soon as I saw that becoming a YouTuber could be an actual profession, I went all-in because it combines two things I love. I have had to change up a lot as the years go on to try and keep things fresh, but to me that is a fun challenge!

Tubefilter: How long does the average video take you to make, from start to finish? Do you write scripts? How do you come up with ideas?

MK: Anywhere from one day to a month, it really depends on the video. I write scripts for each and every single video, and luckily I have been making content for so long that ideas just pop into my head at this point at all times. It’s deciding which ones are good that is hard.

MK: My average day consists of getting in some exercise in the morning and then a lot of research and writing. While I love the NBA in general, I do also treat it as a job, as it is my full-time job, lol, so I do make sure I’m always up to date with NBA news.

MK: I started about five or six years ago when I bet on myself, and it has paid off!

Tubefilter: As you know, there is a LOT of sports content on YouTube, and especially a lot of content about the NBA. How do you make your videos stand out among the crowd?

MK: While titles and thumbnails are extremely important, it’s all about the content. Yes, you need to draw people in, but you also want them to stay and watch more of your videos. So to me, high-quality content is king.

MK: The freedom and ability to do what I love.

MK: Everyone can expect a LOT of long-form content coming soon, I was recently sick and so I have a ton of ideas ready to go. I also am building a podcast and plan to start another, more daily-centric NBA channel!