Koji puts a crypto wallet, NFT minting in your link-in-bio 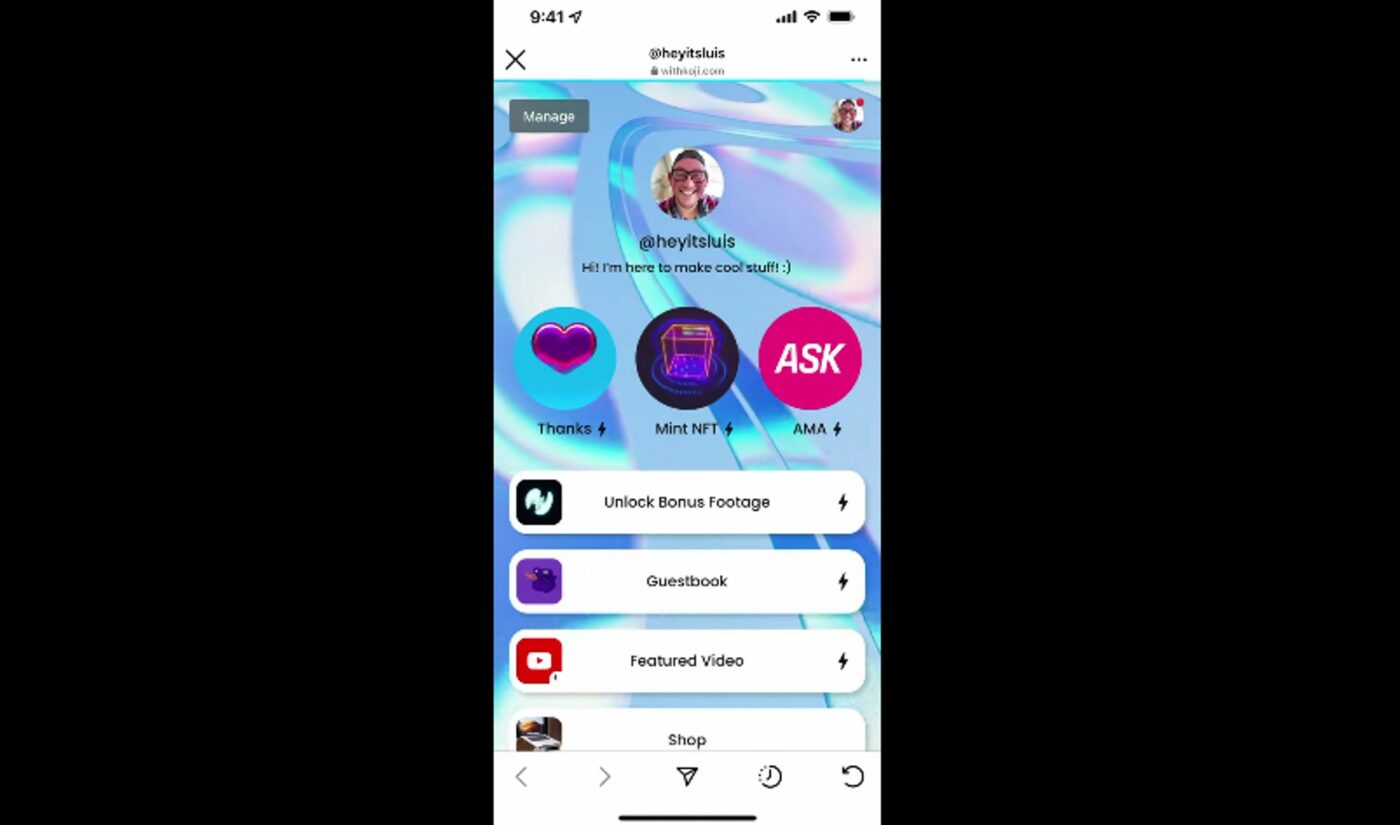 Link-in-bio platform Koji has launched a new crypto wallet product that will allow creators to mint and utilize NFTs, and access other web3 functionalities inside TikTok, Instagram, and the other social networks where it operates.

Koji says its wallet enables creators to access these functionalities without a browser extension or having to download a third-party app. The crypto wallet supports Ethereum and Polygon – an Ethereum scaling solution – and is now available to all Koji users.

“Someone who has never interacted with crypto can visit a creator’s link-in-bio, mint an NFT, and then use that NFT to access exclusive content in one of the creator’s other apps, all without ever leaving Instagram or installing a wallet app,” Koji CEO Dmitry Shapiro said in a statement.

Within the wallet, Koji will offer various mini-apps — including a simple image minter, a profile picture generator, and an app for running giveaways that rewards winners with NFTs. Dozens of additional crypto apps will be released in coming weeks, the company said. The NFT minting apps are free to use, and Koji won’t take any fees.

Koji, which is used by 150,000 creators, launched in March 2021 and has raised $36 million to date, including a $20 million round closed at the end of January. Its link-in-bio tools enable creators to share links to other accounts and ventures. The company also furnishes roughly 200 single-function mini-apps, including tip jars and the ability to sell ad space on their landing pages.

You can check out the NFT minting process in action below: