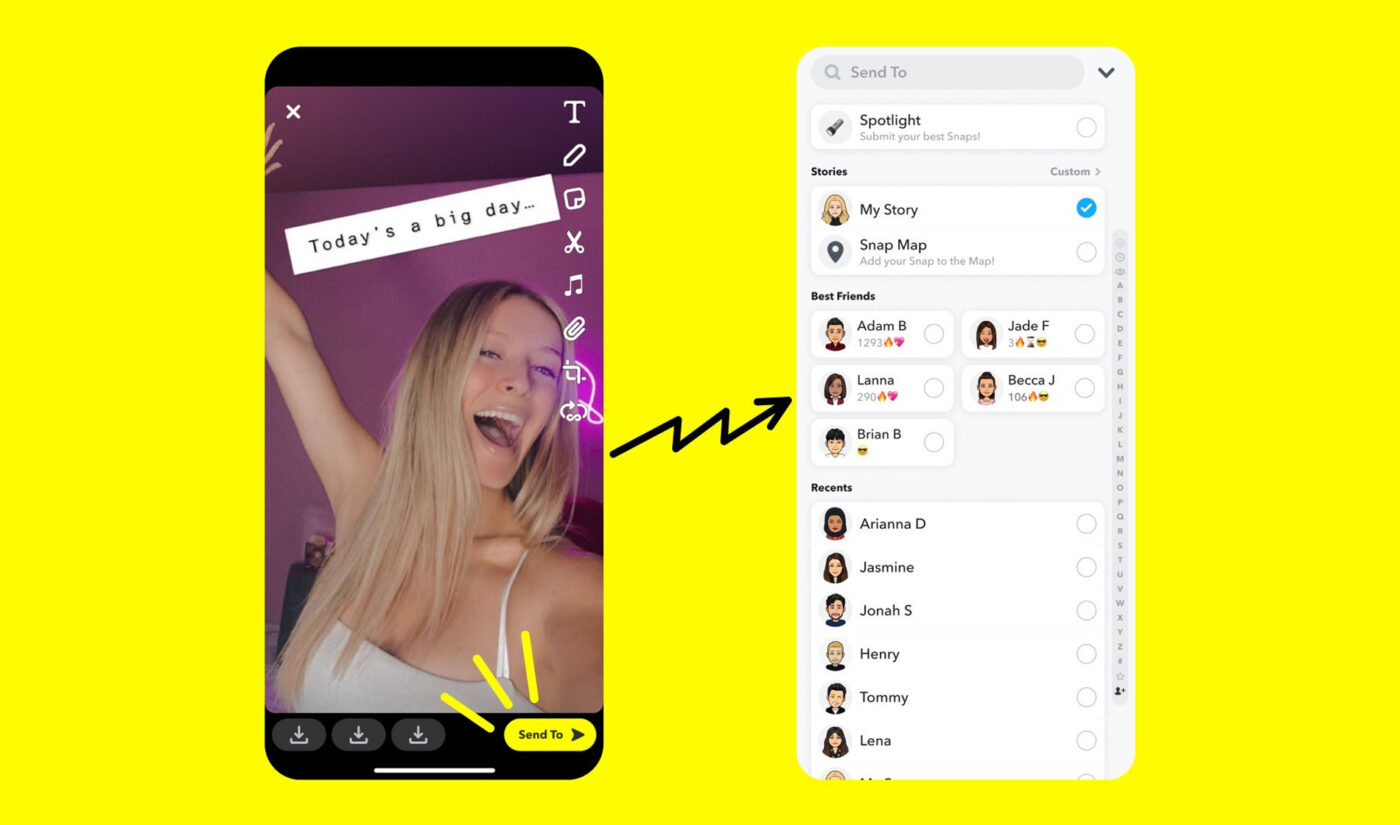 And, it says, Stars will benefit from those ads, because it plans to revenue-share.

As for how much Stars will get, that’s unclear. A Snap spokesperson tells Tubefilter that revenue share is based on the platform’s payment formula, which may or may not include factors like posting frequency and audience engagement.

Based on that info, it sounds like there may not be one universal payout figure; instead, Stars’ payout percentages might vary from person to person.

This will be the first time Snapchat has run midroll ads on Stories. It currently runs ads between Stories, but not smack in the middle of them. (For those who’ve been paying attention to Hank Green‘s recent discussions about how ads–and ad revenue–work on YouTube versus TikTok, we’re running into exactly the same thing here: When Snapchat runs ads between Stories, ad views can’t be attributed to a particular creator, and therefore that creator can’t receive a share of revenue. Now that Snapchat plans to run ads within Stories, it can see how many views individual Stars’ Stories generate, and share revenue accordingly.)

Snap says it’s currently testing midroll ad revenue sharing with some U.S.-based Snap Stars. When midrolls fully launch, they’ll be available to “eligible” Snap Stars. Snap did not say what the eligibility requirements will be.

Snap also pointedly emphasizes that it thinks the new program will benefit advertisers, too. It calls Stars’ Stories a “high-value placement” for marketers, and says brands will be able to use that placement to reach its millennial and Gen Z-heavy user base of 319 million daily active users.

It’s worth mentioning that Snapchat has ramped up its creator monetization over the past couple of years, introducing things like Gifts, its tipping feature; Creator Marketplace, which pairs marketers and creators for branded content; and last but not least, its biggest dollar-dishing program, Spotlight.

Spotlight, Snapchat’s answer to TikTok and TikTok’s Creator Fund, launched with a tout that it would pay $1 million per day (total, divvied up) to creators of popular content. The platform ducked away from that daily million in June 2021, and since then just says it pays out “millions” per month.