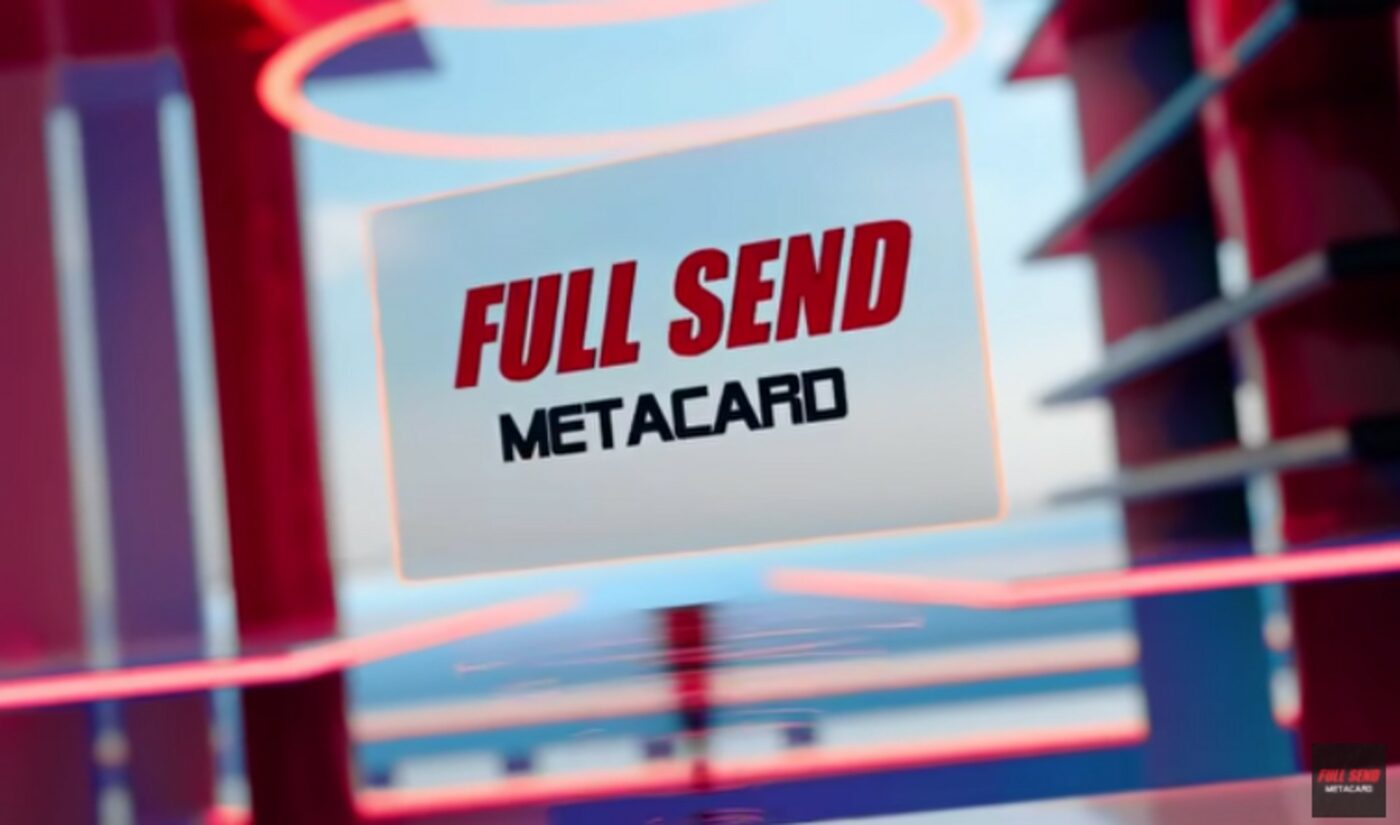 Nelk, the creator collective known for partying, pranks, and irreverent hijinks, has launched its first-ever NFT collection under the Full Send moniker, which is also the name of its apparel brand and business-focused podcast.

Dubbed the Full Send Metacard, a total of 10,000 NFTs were available, living on the Ethereum blockchain. Owners will gain access to exclusive digital and real-world perks.

The venture launched yesterday – priced at 0.75 ETH, or $2,300 apiece – and sold out within 10 minutes, per BroBible, meaning the guys grossed roughly $23 million. NFT analytics platform Nifty River notes that, over the last 24 hours, the Metacard has accounted for $16.2 million in secondary trade volume on OpenSea, to the tune of 4,400 sales. The average price per sale has been $3,700.

Nelk says it eventually plans to launch real-world lounges, gyms, festivals, casinos, and restaurants under the Full Send brand, and will launch comparable digital ventures in the metaverse. The first round of NFT utilities – or real-world perks – will roll out in coming months, and will include event invites, access to Full Send lounges, and the opportunity to buy exclusive merch.

The Metacard arrives after the June launch of Nelk’s Happy Dad hard seltzer brand. Nelk, which was founded in 2010, currently counts 7.1 million YouTube subscribers and 25 million monthly views. The group comprises a rotating cast but is led by Kyle Forgeard and Stephen ‘SteveWillDoIt’ Deleonardis.

While catapulting them to online renown, the group’s pranks have gotten them in trouble – most recently getting kicked off of a cruise ship for making lewd comments and conducting pranks, per Insider.