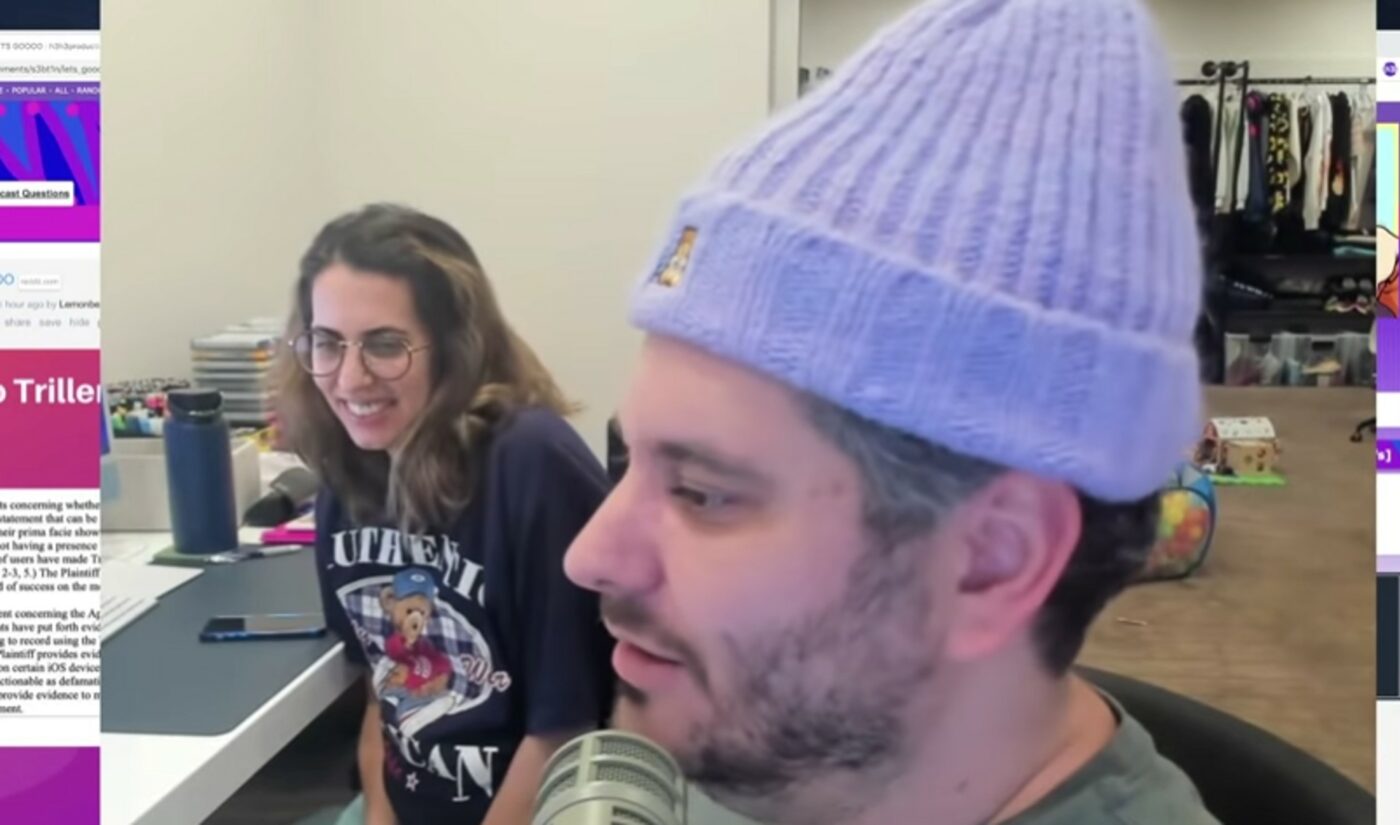 YouTubers Ethan Klein and Hila Klein of h3h3 Productions and the clothing brand Teddy Fresh have prevailed in two of four lawsuits filed against them by video company Triller and its founder, Ryan Kavanaugh – which has spawned a nasty battle on social media between the two parties.

The first lawsuit in question regards comments made on the H3 Podcast wherein Klein said Triller had falsely advertised that Kevin Hart was using its app. Triller, per Dexerto, said Klein was lying and filed its suit on the basis of tortious interference, or intentional damages to its business relationships with a third party.

In response, Klein filed an anti-SLAPP motion, which was granted. Anti-SLAPP motions seek to clamp down on lawsuits filed to intimidate or silence free speech by burdening defendants with costly legal fees. The fact that the motion was granted, explains legal expert and YouTuber Emily D. Baker, means the suit cannot be refiled and Klein can seek legal fees and costs from Triller.

🚨 Ethan Klein Defeats Triller 🚨
The Anti-Slapp filed by @h3h3productions is GRANTED, meaning the case is DISMISSED WITH PREJUDICE, cannot be refiled and Klein can go after Triller for all legal fees and costs, which they are entitled to based on this ruling. pic.twitter.com/2DIb4ZITs2

Furthermore, a second cybersquatting lawsuit last week – which refers to the practice of registering domain names in hopes of reselling them for a profit – filed by Kavanaugh in regards to a website created by Klein dubbed www.doesryankavanaughlooklikeharveyweinstein.com, was thrown out for being improper, Klein shared.

This means that there are two cases still pending, Inven Global notes: a federal copyright case in which Triller sued the H3 Podcast for reacting to a short portion of the Jake Paul and Ben Askren fight days after the event, and a personal defamation suit filed by Kavanaugh against Klein, alleging the YouTuber made defamatory statements about him and used SEO to harm his reputation.

Baker notes that the court ruled that the personal defamation suit is related to the now-dismissed Triller suit and that it is in front of the same judge, “which is a meaningful win for Klein.”