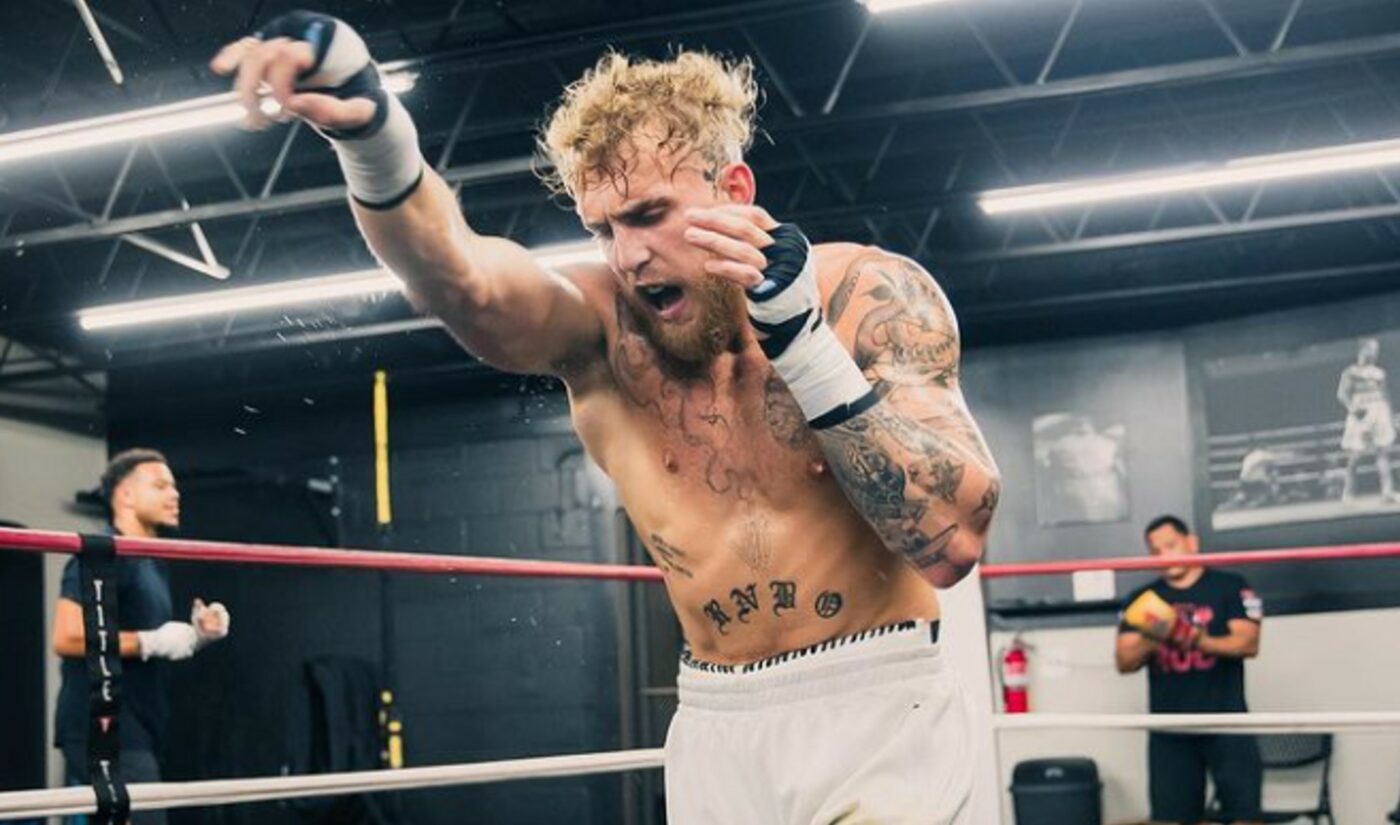 Following his knockout of two-time opponent Tyron Woodley, Jake Paul is looking to drum up buzz around his next fight – potentially with a UFC fighter – while simultaneously advocating for better conditions within the MMA organization.

While Paul has suggested he wants to face Jorge Masvidal, a top welterweight in the UFC, he called out UFC president Dana White in a viral tweet, as White has yet to allow any fighters under contract face off against Paul, an undefeated boxer.

Accordingly, Paul said he would retire from boxing and sign a one-fight deal with the UFC to battle Masvidal if White: upped per-fight minimum pay from $12,000 to $50,000; gave fighters 50% of UFC annual revenues (which were $1 billion in 2021, Paul said); and provided long-term healthcare to all fighters.

.@jakepaul you never responded to the challenge pic.twitter.com/1uzI9mur1T

That tweet — in which Paul also accused White of cocaine use — subsequently garnered a response from White (above), who accused Paul of taking steroids. White also said Paul’s statement about UFC terms had actually been authored by Nakisa Bidarian – Paul’s current manager and a former UFC employee with an alleged ax to grind.

That, in turn, sparked another response from Paul, who denied using steroids, and lodged more insults White’s way.

“What you can’t accept is that I’m trying to change the sport forever, and you are one of the most selfish, capitalistic motherf-ckers that I’ve ever seen,” Paul said.