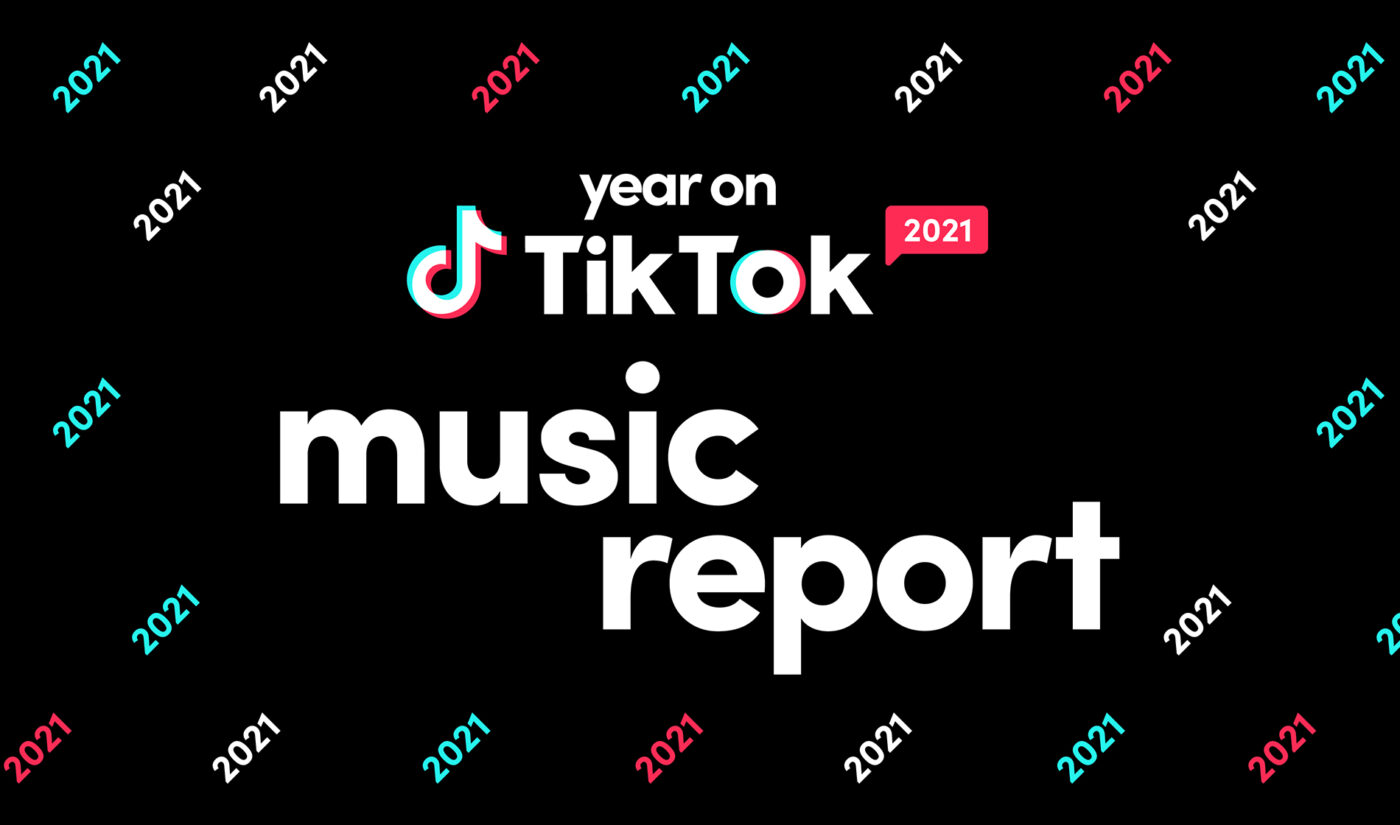 According to TikTok, 430 songs brought in at least one billion views each on its platform this year—a 144% increase from the 176 songs that garnered one billion in 2020.

“The most popular of these songs approach, and even exceed, 20 billion views on videos they soundtrack,” the company said in the 2021 iteration of its annual Year on TikTok Music Report.

TikTok added that these view counts “do not exist in a vacuum, but directly translate to commercial success for trending songs and artists,” and pointed out that more than 175 songs that trended on TikTok this year also charted on Billboard’s Hot 100. (It’s worth noting here that while there have been demonstrable cases of songs trending on TikTok and then going on to chart, it’s likely some of these songs trended because they were already charting, not vice-versa.)

As for which artists saw the most success on TikTok this year, things are looking a lot like 2020: For the second year in a row, Megan Thee Stallion and Doja Cat were, respectively, the No. 1 and No. 2 top music artists on TikTok.

TikTok judged “top” by the number of videos that were created using artists’ songs.

On Megan Thee Stallion and Doja Cat’s heels were Popp Hunna at No. 3, then Olivia Rodrigo, Cardi B, YungManny, Soulja Boy, Drake, Kevin Gates, and Coi Leray at No. 10.

Perhaps unsurprisingly, a number of these artists also appear on TikTok’s top tracks of 2021: 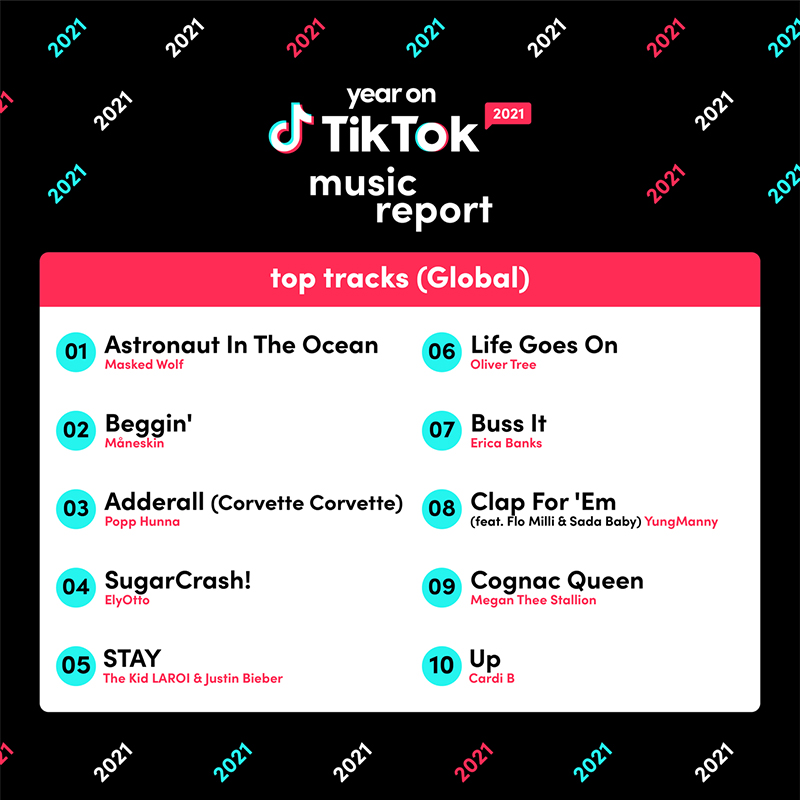 In addition to naming most popular artists, songs, genre trends (hip hop/rap and pop on top), music artists with the most follower growth (No. 1, Billie Eilish; No. 2, Lil Nas X), and users who made the year’s most-used sound clips (No. 1, @coileray; No. 2, @saucysantana), TikTok highlighted 20 “Emerging Artists of the Year.”

These artists, it said, “used TikTok to raise their profiles in a major way this year.” Some, like Amaarae and CKay, hit the charts after their songs got popular on TikTok. Others, like Navos and his song “Believe Me,” became the soundtrack for one of TikTok’s many dance trends.

You can check out TikTok’s full list of emerging artists below, and see its entire 2021 report here.