Snapchat Spotlight Has Paid Out $250 Million To 12,000 Creators In One Year 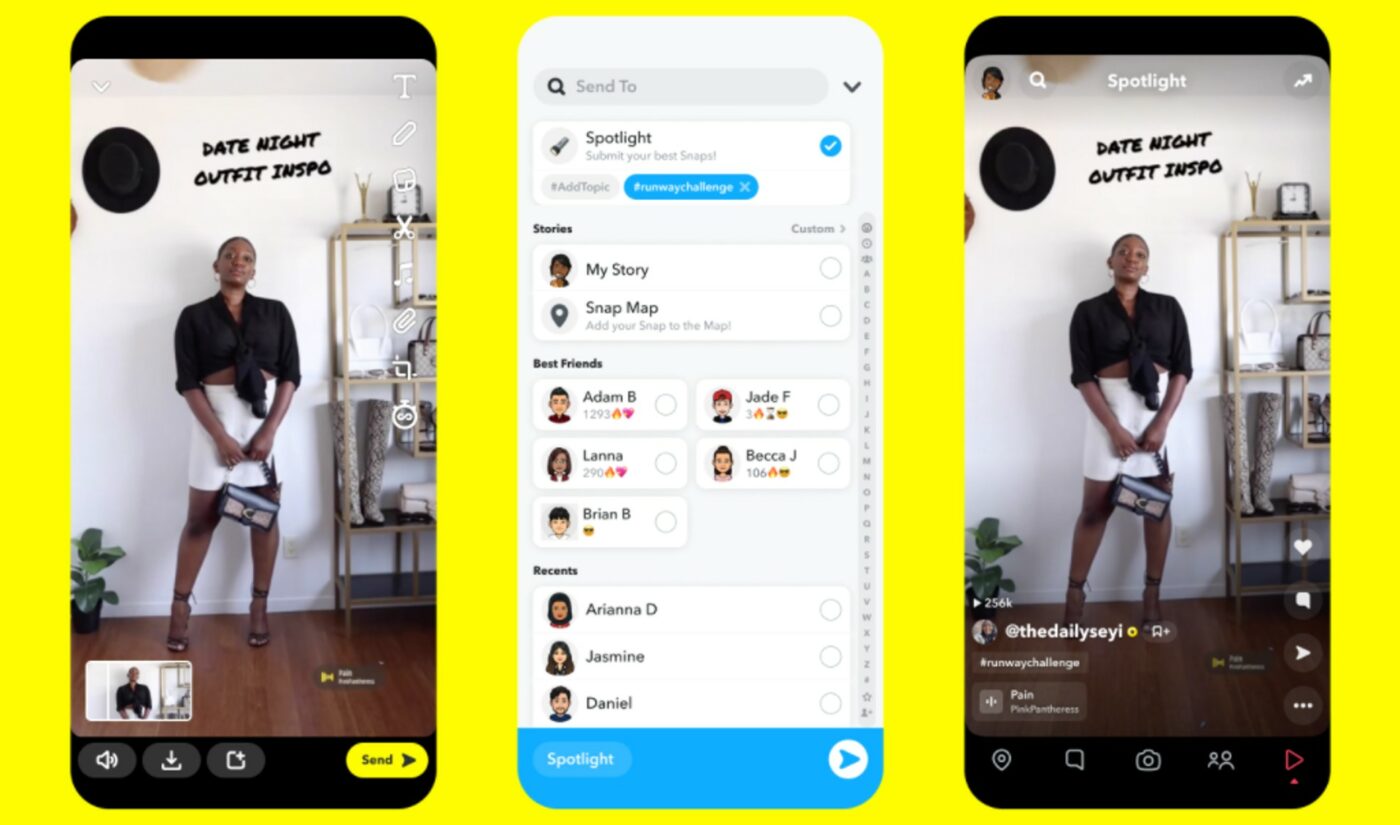 Since launching its Spotlight platform for user-generated content one year ago, which rewards creators with for creating top-viewed videos, Snapchat says it has paid out over $250 million to more than 12,000 creators.

In May, Snapchat said it had paid $130 million total to over 5,400 Spotlight creators. The latest stats mean that, on average, Snapchat has rewarded $20,833 per creator. That said, the distribution disparity tends to be a lot wider, given that many creators at the outset of the Spotight experiment shared that the platform had made them millionaires.

At launch, Snapchat was distributing $1 million per day in Spotlight rewards. It later decreased that figure to millions of dollars per month, and introduced new means of monetization via Spotlight Challenges, which ask creators to make use of specific tools and tout $25,000 prizes.

In addition to Spotlight earnings, Snap announced today that it has widely released Story Studio, a standalone app first announced in May to helm professional content creation. The app is now live on iOS in the U.S., U.K., and Canada.

Snapchat shared other Spotlight stats as well, noting that creators are posting three times more frequently than a year ago, with 25 Spotlight creators also landing syndicated shows on Snapchat’s Discover hub. Over 65% of Spotlight submissions make use of Snachat’s creative tools, the company said.