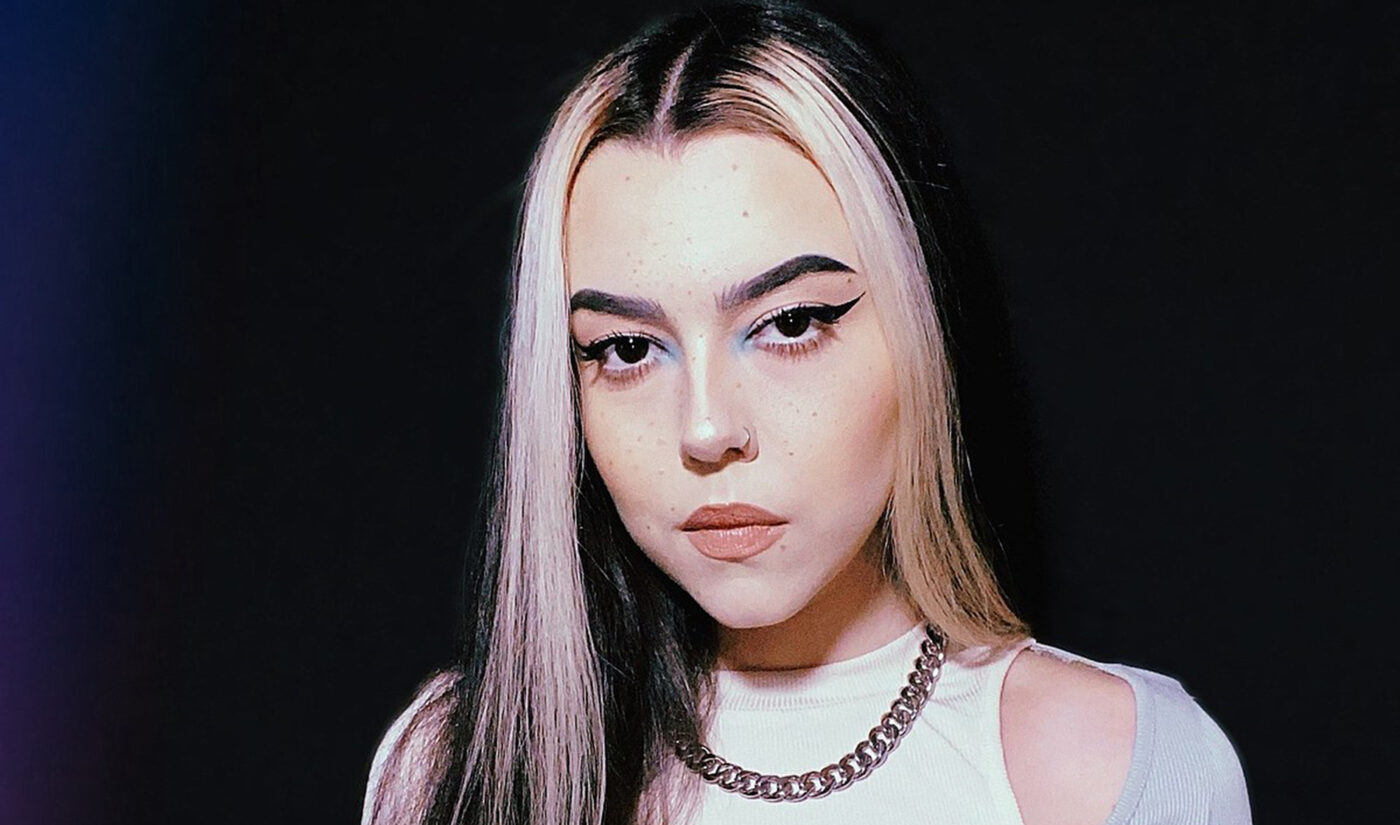 Violet Orlandi was worried about what would happen after college.

That’s a common concern, but in Orlandi’s case, she was specifically worried about what would happen when she was no longer surrounded by expectant professors and strict deadlines. Being in college for songwriting had kept her productive…but she wasn’t so sure she could maintain that productivity once the external pressure was off.

In an effort to keep it on, Orlandi turned to YouTube. She set one goal: upload a new video each and every Sunday.

Five years later, Orlandi still keeps that schedule–and thanks to her stick-to-itiveness, she now has more than one million subscribers tuning in for her covers of everything from “Toss a Coin to Your Witcher” to “Down with the Sickness” to “Easy on Me” to “In the Air Tonight.”

With her audience growing and her content bringing in steady revenue, Orlandi is ready for “better, bigger things,” she says. We’ll let her tell you about them below.

Violet Orlandi: I’m tired and energised at the same time. I worked really hard to get here, and I feel like a runner who’s just crossed the finish line, only it’s not a finish line, it’s just a significant number. And to my fans, I’d like to say that I hate them very much and they’re filthy animals.

Tubefilter: Tell us about you! Where are you from? How did you fall in love with music and singing?

VO: I’m originally from São Paulo, Brazil. I was always into music and I’d sing around the house as a toddler–sadly, they didn’t make black diapers at the time. But my passion for music really started when I was a teenager and randomly watched a Marilyn Manson music video. The music paired with the visuals did it for me.

VO: I was about to start my last year of songwriting university when I realised I needed a project to dedicate myself to even after I graduated. I was terrified I’d stop writing and playing after I graduated because I wouldn’t have deadlines and professors to report back to. That’s what drives me. So I started a YouTube channel where I would post a video every single Sunday. I didn’t even consider another platform at the time, YouTube was what I knew. And thank-fucking-god I did it.

Tubefilter: What challenges do you face as a cover artist on YouTube? We’ve talked to some musicians and choreographers previously who struggle a lot to monetize their content and to otherwise build an audience. Are there any hurdles you’ve had to overcome, or struggles you currently face?

VO: I became rich thanks to YouTube, so I can’t complain much. I don’t get the same amount of views as, let’s say, David Dobrik, but I get enough views and make enough money to support myself and my family. Getting a business off the ground is always difficult, it’s not just YouTube. You have to be ruthless and analyse what’s working and what’s not. Change what needs to be changed and don’t get too attached. My main struggle right now is trying to get ahead of schedule so I stop rushing videos.

Tubefilter: How do you decide what songs to cover? How long does the average cover take you to make, from conception to upload?

VO: It’s always a safe bet to pick an artist’s biggest songs. You also have to keep an eye out for songs that are trending. My videos usually take six days to make. I have a playlist with all the songs I’m thinking of doing. It’s just a matter of picking one, then I start working on an arrangement with my producer. And while he mixes the song, I’ll film the video and give all the pieces to my editor. At this point it’s become a well-oiled engine.

Tubefilter: What else do you get up to outside of YouTube? Do you have a job, another gig, are you going to school…?

VO: YouTube is my main job now. I graduated university a few years ago, and now I work with music full-time. Apart from YouTube, I also write for my original projects and I also write for other people.

Tubefilter: Do you have any strategies for growing your audience? Have you noticed any particular kind of content getting more traction than others? Do you adjust what you sing depending on how your viewers react?

VO: Make people care about you, not the content itself. In a way, I’m always adjusting my content depending on how my viewers react. But it’s that sweet spot between what people want to see and what I wanna do.

Tubefilter: How do you make your videos stand out among all the noise on YouTube?

VO: I think every video is a different thing. It might be the concept, like doing a satanic ritual while covering “In The Air Tonight.” It might be arrangement, like two girls singing “Down With the Sickness.”And it’s also the overall consistency of the channel, the steady uploads so people know when to expect videos.

VO: YouTube is such a massive platform, it really puts you out there. Awesome people have randomly found my videos and contacted me, so cool opportunities come up all the time.

VO: I’m always trying to get better–better sound, better videos. Right now I’m working on building a professional studio where I can work more efficiently. I’ve been recording/shooting my videos in my bedroom for years, and it’s finally time to move on to better, bigger things.