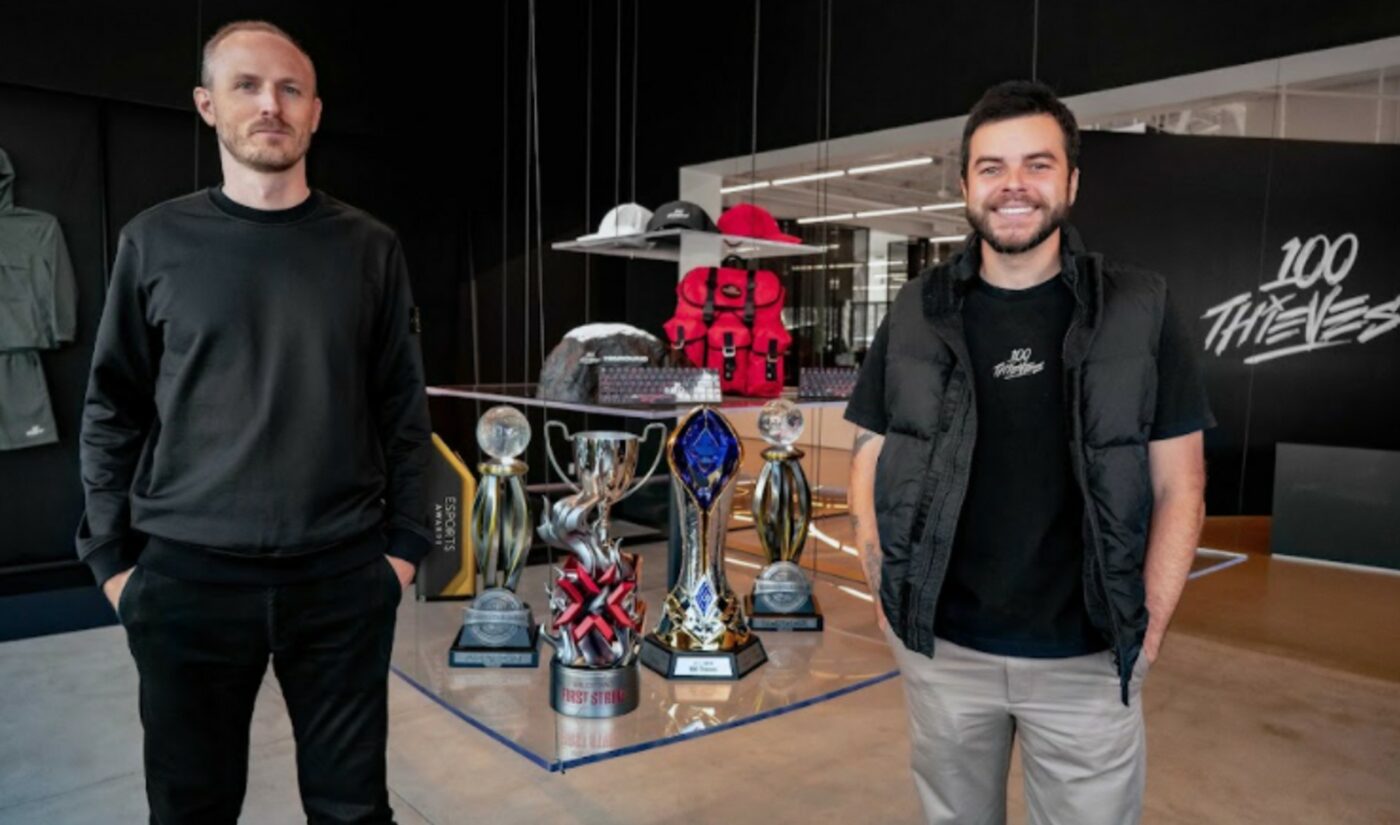 The company has completed a $60 million Series C round at a $460 million valuation, it announced today. The round was led by Green Bay Ventures and featured participation from Breyer Capital, Aglae Ventures, Tao Capital, Willoughby Capital, and Artist Capital Management.

“100 Thieves now has the capital to launch and acquire new companies that I know our community will love,” founder and CEO Matthew ‘Nadeshot’ Haag said in a statement.

In 2021, four-year-old 100 Thieves says revenues more than doubled. The company also: made its first acquisition of boutique keyboard and gaming peripherals company Higround; routinely broke $1 million in sales with its apparel drops; won championships in League Of Legends and Valorant; broke 1 million followers on its Instagram, Twitter, YouTube, and TikTok accounts; and collaborated on a backpack with Italian luxury house Gucci.

Bloomberg reports that 100 Thieves isn’t profitable, and has tripled its staff during the pandemic, from 30 to roughly 100 employees.

100 Thieves is co-owned by members Valkyrae and CourageJD. Other recent signees include Fuslie, Kyedae, TinaKitten, Austin, and 2HYPE. The company is led by president and COO John Robinson (pictured above with Haag), and has now raised roughly $120 million in VC funding to date.