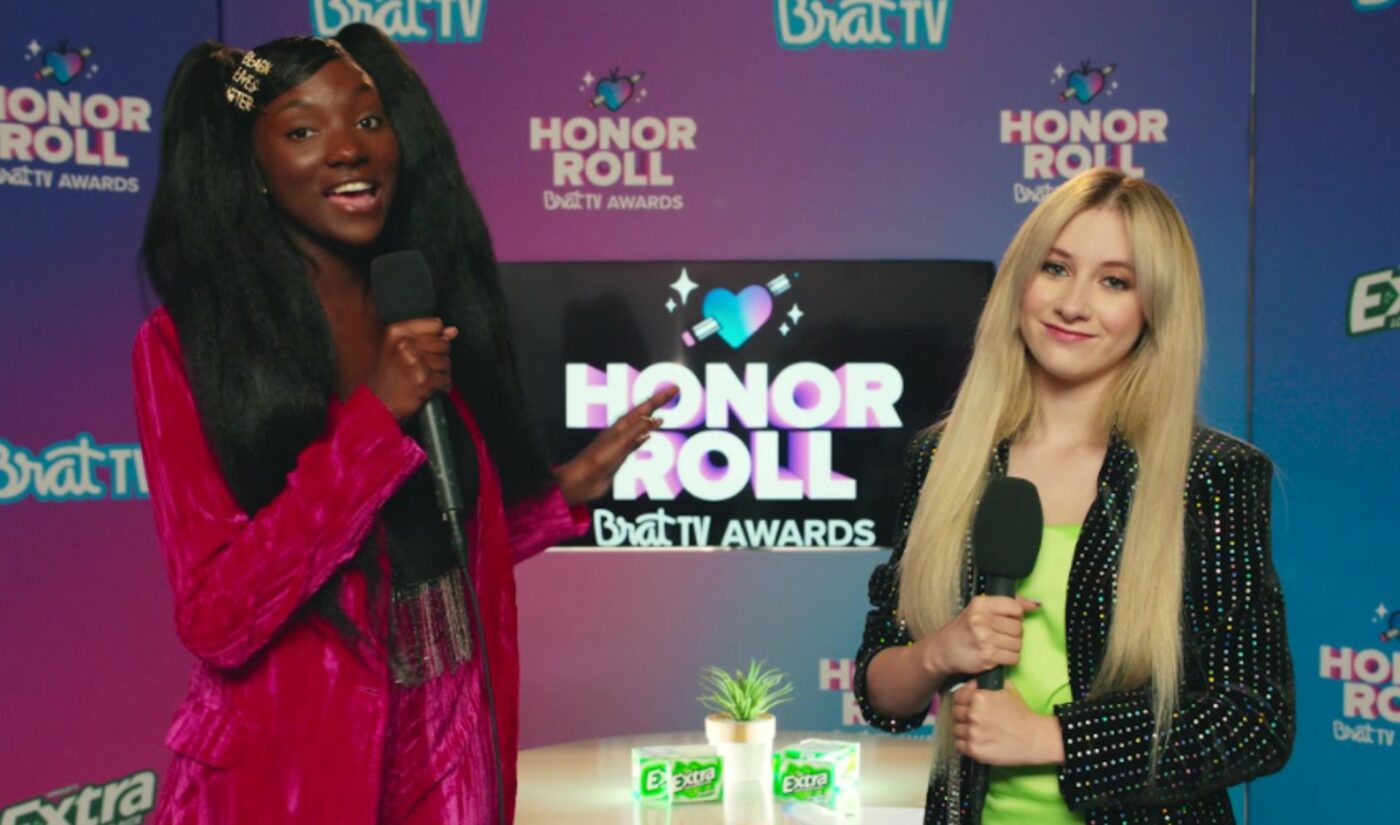 Digital-first studio Brat TV, which is behind Gen Z hits like Chicken Girls and Attaway General, is celebrating itself with an inaugural awards show.

The Brat TV Awards will premiere on Dec. 1 on the company’s YouTube channel, hosted by dancer and actress Elliana Whalmsley and anti-bullying fashion designer Kheris Rogers, with appearances from the studio’s top stars, including Hayley Leblanc, Txunamy Ortiz, and Brooklyn Queen.

Categories will recognize notable moments from Brat programming, such as ‘Steamiest Ship’, ‘World Class Actress’, ‘Freshest Fit’, and ‘New Kid Award’. The event is being sponsored by Extra Gum.

Los Angeles-based Brat has raised over $45 million in venture funding to date, with backers including New Line Cinema founder Bob Shaye. The company has created original shows for the likes of YouTube, Hulu, Roku, Snapchat, and Facebook (with whom it is producing a dozen creator-fronted series with the likes of Larray and Amelie Zilber).

The company has also inked a partnership with MGM TV to develop original series for streaming services.