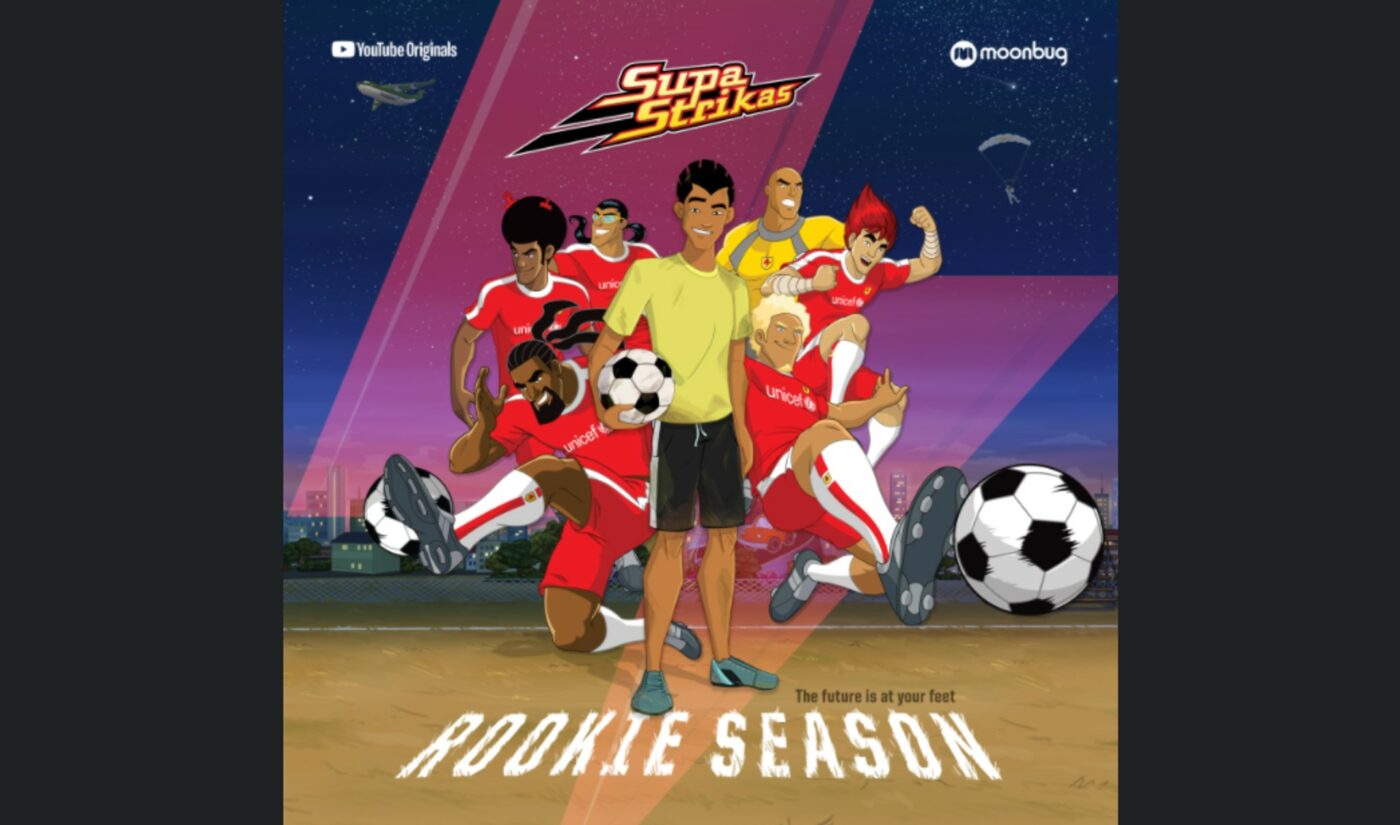 Newly-acquired Moonbug has unveiled its latest programming endeavor — a YouTube Original that will go back to the early days of hit animated soccer series Supa Strikas. Moonbug acquired the South African kids’ content franchise in 2019.

The prequel, Supa Strikas: Rookie Season, will follow the team’s youngest star, Shakes, as he gets betrayed by his best friend, searches for his dad, and risks everything to join the team in hopes of winning the Super League Trophy. The first six of twelve episodes launches on the official Supa Strikas YouTube channel and on the YouTube Kids app on Dec. 3.

The series also marks the first phase in a larger partnership between Moonbug and UNICEF, the 75-year-old United Nations agency responsible for providing humanitarian and developmental aid to children. The two will work to develop storylines aligned with child well-being, fairness, diversity, and healthier living among viewers aged six to 12. In Rookie Season, the UNICEF logo will be emblazoned on the Supa Strikas team uniforms.