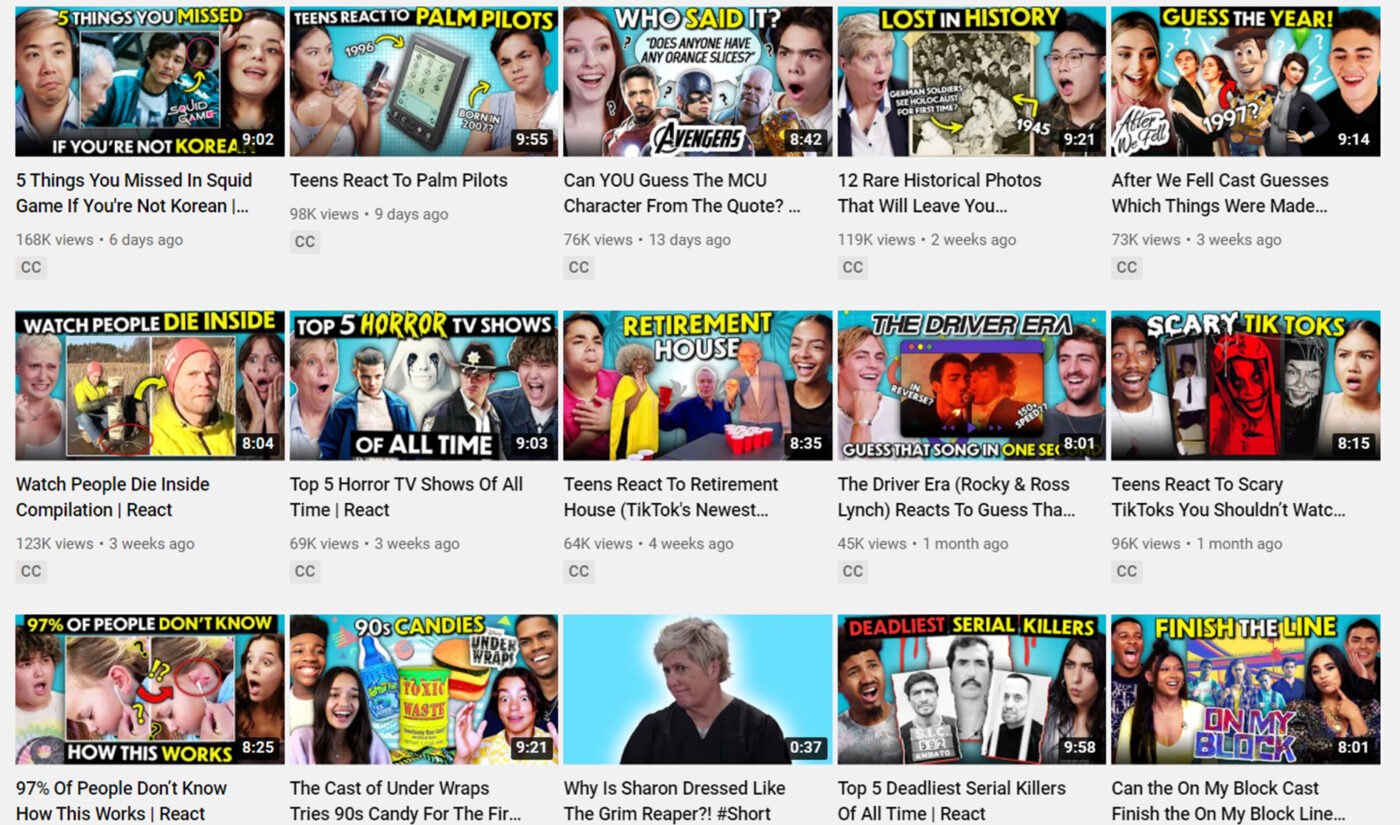 React was cofounded in 2004 by YouTuber brothers Benny and Rafi Fine, and currently produces several major brands across YouTube, Facebook, Snapchat, and Instagram, including Kids React, Teens React, Celebs React, People vs. Food, and Try Not To. Its core YouTube channel, REACT, has 20.2 million subscribers and 11.2 billion views to date.

The Fine brothers themselves, however, will not. In a statement about React Media’s acquisition, the brothers said they will be “stepping away to spend some quality time with our family…We trust the company and channels are in good hands to continue to evolve, expand, and thrive.”

The duo had previously pulled back from React Media in 2020, after a video surfaced showing Benny Fine in blackface as part of a Degrassi parody by Shane Dawson. At the same time, former employees told Business Insider the company was a “toxic” workplace.

“We’ve been strategically working behind the scenes to develop a new data-driven path of digital video channel IP investment, acquisition and growth, and we couldn’t be more thrilled to finally come out from behind the curtain and shake up the industry a bit,” Gielen said in a statement. “Electric Monster is focusing on finding and investing in the channels on these platforms with significant unrealized potential, and building them into the valuable properties they are meant to be.”

React Media is Electric Monster’s fifth acquisition; it did not say what other channels or brands it has acquired.

In tandem with announcing its acquisition of React Media, Electric Monster is revealing the newly hired executive team joining Gielen, as well as its stable of investors.