YouTube Millionaires: Aaron Burriss On Bringing Back The Vlog 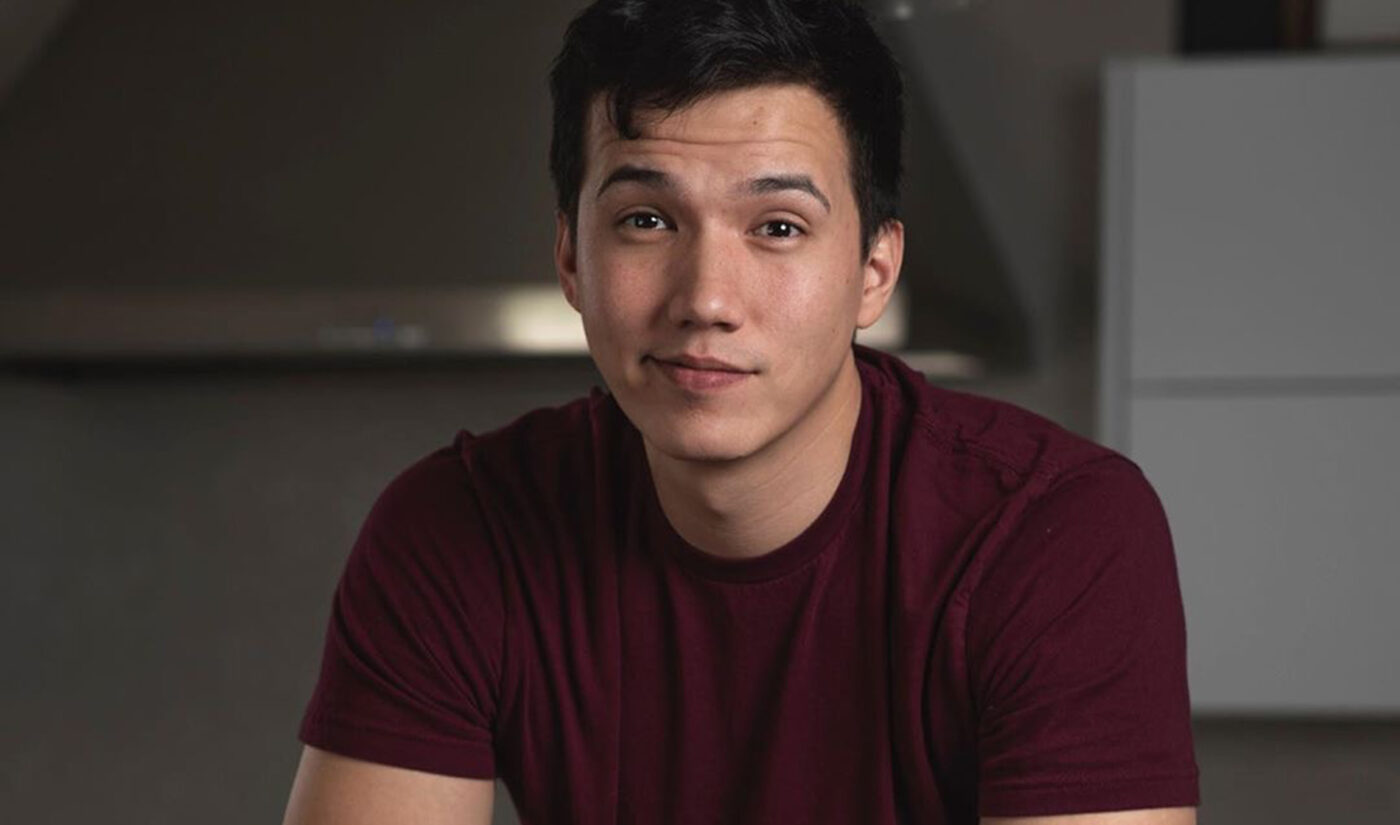 As a teenager, he’d picked up a job at UNC Health, a nonprofit hospital system in North Carolina. The work made it absolutely clear that he loved helping people, and so when college came along, he decided to pursue a medical degree. But going for his pre-med bachelor’s meant moving to his school and living in the dorms. For the very first time in his life, Burriss was away from his family.

To deal with the loneliness and the stress from juggling classes and work, Burriss began making vlogs. He didn’t upload them anywhere; they were a kind of casual video diary, something just for him.

That is, until his brother Alex came across a couple of the videos. He thought they had potential–and his opinion carried some serious weight, because “Alex” is none other than Alex Wassabi, a prominent YouTuber who currently has more than 11.5 million subscribers.

Needless to say, Burriss took his brother’s advice, and in 2013, he started a channel for his vlogs. Before he knew it, he said, he had a big enough following to move to L.A. and start making content alongside Alex.

While in L.A., Burriss stumbled across something–rather, someone–that he credits for the “rapid escalation” of his channel from 2016 to now: his beloved pug, Guppy. The shelter where Burriss got Guppy told him they thought the pup only had a couple of years to live. Burriss didn’t care. He was smitten. He brought Guppy home, and to this day (well beyond the two year mark!), Guppy is his faithful co-star. He appears in Burriss’ longer videos, in his short-form content, and soon, Burriss hopes, he’ll appear in vlogs.

During his time on YouTube, Burriss has moved away from vlogging to try a variety of video genres. But he still remembers those first days, those first vlogs–and he wants to bring them back.

Aaron Burriss: I was completely shook, to be honest. Never thought it would happen. I just kept working at it, and before I knew it, I was there! But I never would’ve gotten here without the support of my fans or my pug! They’re everything to me, and I wouldn’t be here without them.

AB: I was born in the Philippines, but I didn’t start my YouTube journey until I lived in North Carolina. My brother Alex is the one who got me started on YouTube.

I was working on getting my bachelor’s degree in hopes of attending medical school when my brother came across some personal vlogs I had made for myself. I was having a hard time being away from my family, and with school and work, I found myself feeling really low. So, I decided to start making vlogs. You could say it was my way of journaling, since I wasn’t the best writer. But he saw a couple and told me I should try YouTube, and that’s when it all started!

Before I knew it, I was living in L.A. with my brother, and making videos was my everyday goal. I was growing steadily, but things changed when Guppy came into my life! I had rescued him after hearing that he only had two years to live, and as soon as the world heard his story, things escalated rapidly!

Tubefilter: What made you decide to launch your own channel? Did you know what kind of content you wanted to make right from the start, or did you find your niche along the way?

AB: I’ve always loved helping people. That’s the main reason I worked at UNC Hospital and was pursuing a career in the medical field. But once I started to see how much of an impact my videos were having on people, I knew I had another way of helping people. My videos have definitely changed since then, but I still keep the same positive mindset.

I’ve definitely learned a lot in the past seven years of doing videos. I’ve done almost every type of video since then, but vlogging has always been something I come back to. This is going to sound corny, but I love vlogging my life and living each day like a story waiting to be told.

Tubefilter: We see you film a lot of fun challenge and “try new things” videos. What draws you to make these kinds of videos? How do you come up with ideas for new content? Are you ever inspired by what’s trending on YouTube, or what you’ve seen other creators make?

AB: I love trying new things and testing new types of videos, whether it’s filming in new ways or trying new types of content! I want to keep getting better at what I do and make even better videos for my fans! Watching YouTube on the daily is definitely a huge inspiration for me.

My friend sWooZie once told me, “A YouTuber who doesn’t watch YouTube is like a writer who doesn’t read books.” I’ve learned that being original is very important, but also knowing what’s been done and is currently happening is just as important. I also get a lot of inspiration from watching old TV shows, movies, and books! I’ve also learned so much from just watching other YouTubers. Best part is when I see other YouTubers making big differences in the world.

Tubefilter: How long does the average video take to make from conception to upload?

AB: It really depends on the type of video I’m doing. If I’m doing a vlog, it’ll take a couple days, but if it’s a challenge video, I can usually knock it out within a day!

Tubefilter: You recently started uploading clips to YouTube Shorts. Why did you decide to make Shorts? Have they been doing well for you? Do you think you’ll continue making a balance of short and long videos?

AB: I was really curious! I’ve always been a fan of short, funny content, and Shorts was the perfect solution. When I make YouTube videos, I try to make them at least five minutes long, but with Shorts, I can make them way shorter. It’s a great place for those quick one-hitter jokes, and I can make a lot of them in a day, too. YouTube’s made it really easy to film them in the app, so that saves a lot of time.

I’m working on coming up with a consistent schedule and can definitely see Shorts being a part of it.

AB: I always try to find a balance when it comes to what videos I plan to make. I want it to be something I want to do, something that will keep people’s attention, but also have something people will want to click on. Challenges have always had good traction, but I want to get back to vlogs, so I’m trying to find a way to combine the two in a way that’s fun for me. It’s a lot of trial and error, but I know I’ll get to the kind of content that does well and makes me happy.

Tubefilter: As you know, challenge videos and new experience videos are huge on YouTube. How do you make your videos stand out from the rest in the genre?

AB: By just being me. Videos that do well on YouTube are always going to change. What really matters is the creator behind it–being your unique self is what really makes your videos stand out!

AB: The fans’ reactions and comments after I post a new video! I love reading what everyone has to say! I know everyone says this, but I have the best fan family on YouTube! They’re crazy supportive and always there to cheer me on and help!

AB: I’ve been thinking about getting back into daily vlogging, or at least vlogging more times during the week. I really want to get back to what got me to where I am today! I know 2022 will be great for everyone, and I plan on vlogging all of it!