YouTube Millionaires: How Dylan Ayres Turned A Bag Of Rubber Bands Into A Viral Saga 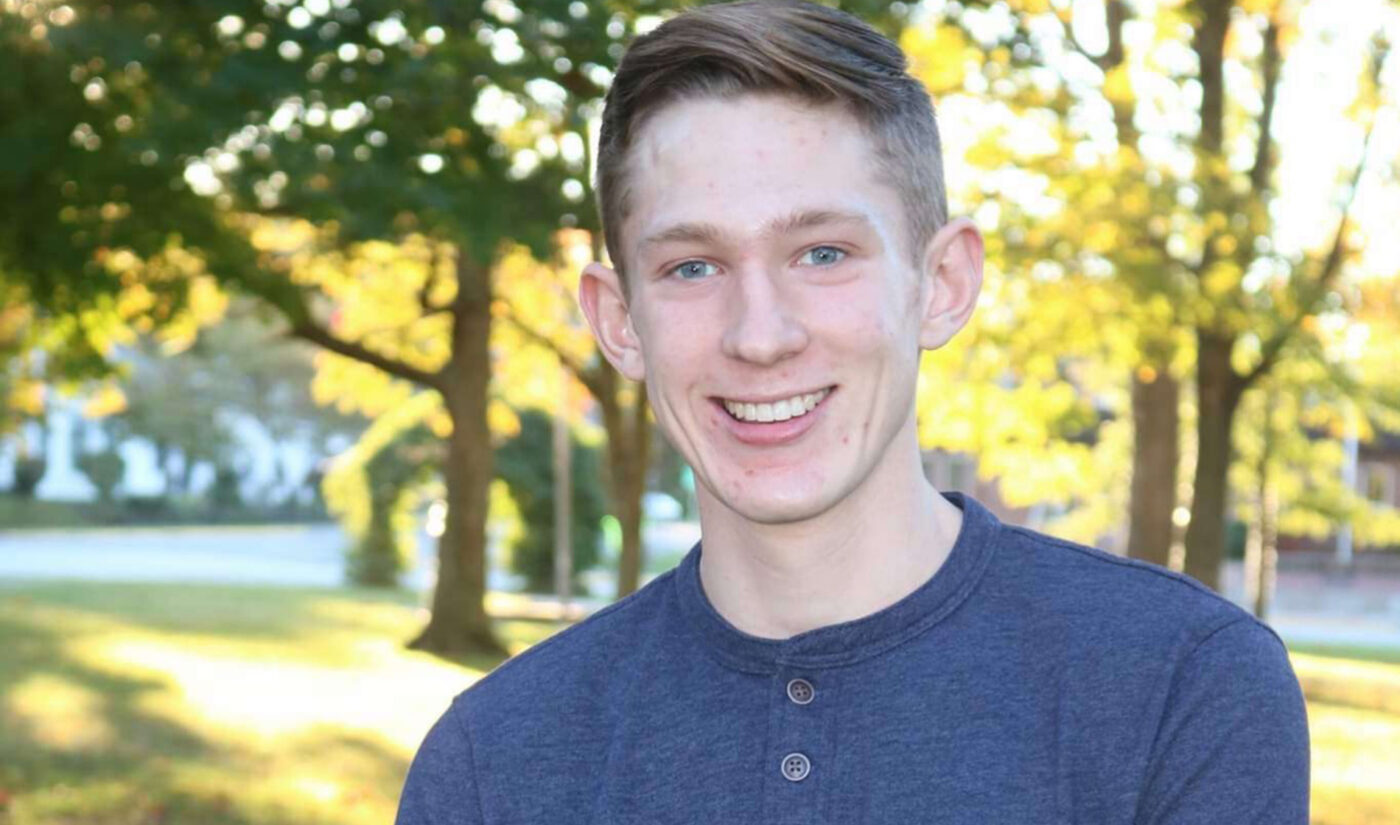 Dylan Ayres was worried his latest video idea was boring.

It was summer 2020, and as a burgeoning TikTok creator, he was trying to post a new video every single day. After filming a video where he and his brother participated in the time-honored tradition of blowing up a watermelon with rubber bands, he was left with a bundle of wet bands and no plans for the next day’s clip. So he stuck with the bundle, filming himself extracting the watermelon viscera and using the remaining rubber bands from the bag he’d bought to turn the softball-sized mass into a real rubber band ball.

He was pretty sure no one would watch the video, so he ended it with a self-deprecating voice-over telling viewers to “let me know if I should even keep doing this.”

Since then, Ayres has uploaded nearly 80 more clips chronicling the continued growth and adventures of his rubber band ball. The ball–now weighing in at a whopping 1,000 pounds and wide enough that it needs to be moved via forklift–has become a major star on his TikTok account, where he has 6 million followers, and videos featuring it are among the most watched on his YouTube channel, where he recently hit one million subscribers.

Tubefilter: How does it feel to hit one million subscribers?

Dylan Ayres: Pretty crazy, because I wanted to for a really long time. I always thought, growing up, that it’d be cool to hit a million.

Tubefilter: Is that what you wanted as a kid–to be a content creator?

DA: Yeah, I always had the dream, that that would be the coolest thing. And I remember watching different YouTubers and thinking about how cool it was that they did that for a living.

Tubefilter: When did you first start on TikTok?

DA: I started making TikToks pretty early, but I never saw traction until a year or so ago. I’d say like the beginning of 2020, January, February, I didn’t really take off till then.

Tubefilter: Was there a specific video that took off or did things just start to pick up across the board?

DA: At first, it just started to pick up across the board. My videos would consistently get hundreds of thousands of views, eventually a million, then two million, three million…I did actually have one video that’s still my most-viewed video. That got 55 million views. That was really big.

Tubefilter: Why did you decide to expand to YouTube?

DA: Well, my dream was always way more YouTube-focused, and I kind of looked at TikTok as a way to get there, because YouTube has always been my favorite and I’ve always loved watching YouTube and just everything YouTube offers. I thought TikTok was like a new Vine, you know how a lot of creators went from Vine to YouTube? I took that as my opportunity to get a start somewhere

DA: On YouTube, I started posting longer-form, and that got me to about 200,000 subscribers just by posting content and promoting it through my TikTok. But when YouTube Shorts came out, it really took off because I was able to post the same type of short-form content and do the same if not sometimes a lot better than on TikTok.

Tubefilter: Do you think Shorts is important for YouTube and for creators overall?

Tubefilter: How do you come up with video ideas?

DA: I think a lot about ideas and I read a lot and ask a lot of my friends and people, and I’m always just down for any idea from anyone, anything I can build off.

Tubefilter: You do everything from rubber band balls to big challenges to wild sciencey content. What’s your favorite type of video to film?

DA: I think the wild sciencey challenges. One time I filled a pool with Oobleck, that was pretty fun. I made a boat out of spray foam and cardboard and that was really cool. Just different things, where I get to do cool stuff I don’t normally do. Like, one time we dropped the rubber band ball down a lift. I do whatever I think is interesting.

Tubefilter: How long do your videos take to film, from setup to upload?

DA: It varies a lot. Some videos take a day to film. Some take more, but usually like a day or two of filming, then maybe three or four hours of editing.

Tubefilter: Do you work with an editor? Or is it just you?

Tubefilter: How much stock do you put in audience feedback when it comes to changing what you film? Like, if a video is well-received, will you try to film another similar one?

DA: I’ll definitely learn and catch on to what types of videos do good. If I make a video, I always just kind of have a feeling whether or not it’s going to do good, even in the early days. Normally I can easily tell when I’m like, Oh, this is definitely going to do well.

Tubefilter: Has there ever been a time where you felt like a video wasn’t going to do well, but you filmed it anyway, because it was something you really wanted to make?

DA: Yeah, actually, the whole rubber band ball thing, I didn’t think that would do good at all. I actually just did it because I was posting every single day, no matter what, and so I put rubber bands around a watermelon for a video idea and then I was like, Okay, what am I going to do for the next day?

So I decided to take this little ball I created and keep adding on to it. And that just became huge, but I initially thought it would be boring, that nobody would be interested in it.

Tubefilter: And now the rubber band ball videos are some of the most popular uploads on your YouTube channel.

Tubefilter: How do you make your videos stand out amid the noise on TikTok and YouTube?

DA: I put a lot of effort into the types of videos I do. I like to think of things that most people don’t normally do or see, and therefore just stand out in general.

Tubefilter: What’s next for you and your channel? Any plans?

DA: I’ve got some cool videos I think I might do. Other than that, nothing super new.

Tubefilter: Where do you want to be in five years?