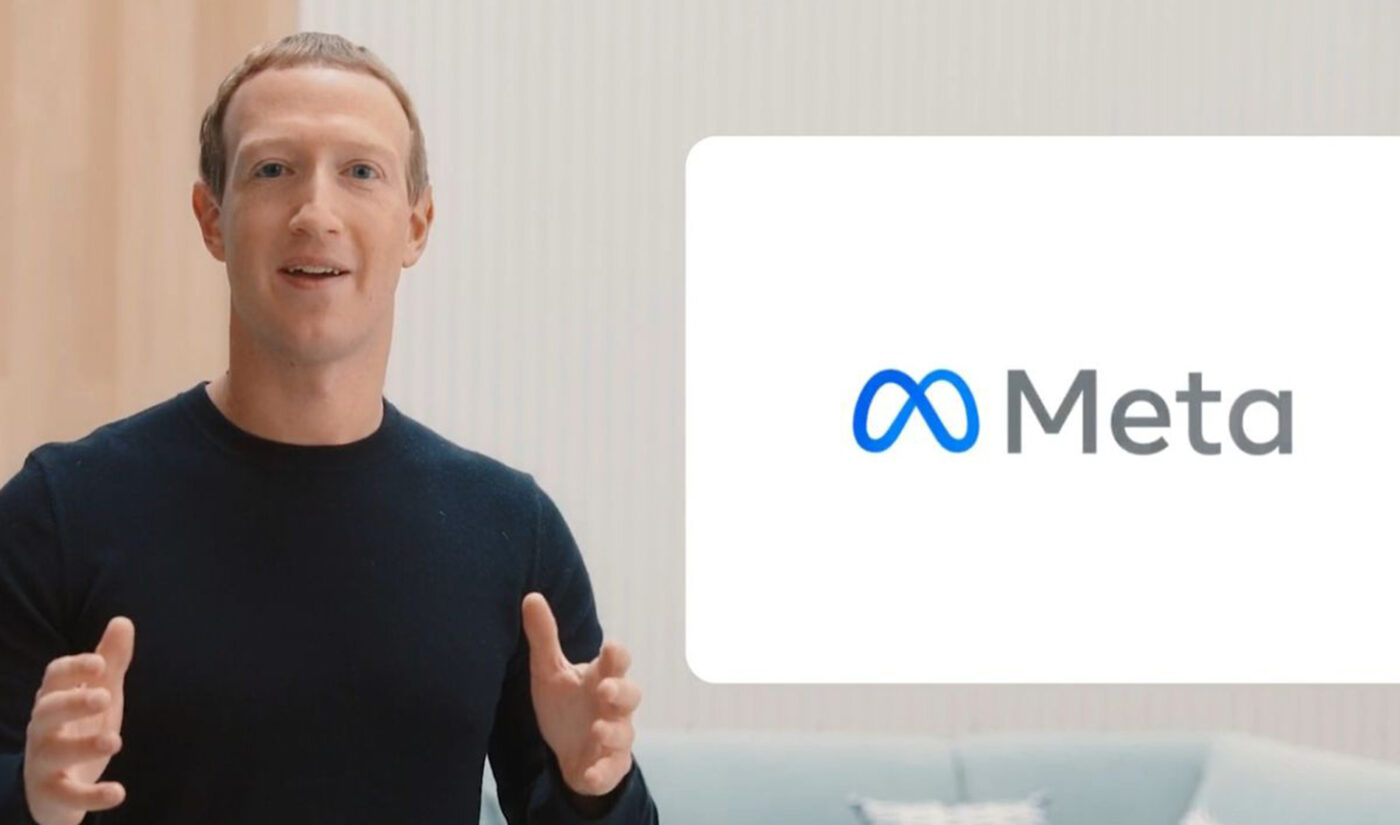 As expected, Mark Zuckerberg’s company used the latest iteration of its annual Connect conference to announce a major rebrand–one that loudly telegraphs its intentions to capitalize on the metaverse.

Speaking at Connect, Zuckerberg said that the name Facebook “increasingly […] just doesn’t encompass everything we do.”

“From now on, we’re going to be metaverse-first, not Facebook-first,” he said.

To that end, the business’s overall corporate entity, which operates Facebook-the-social-network, Instagram, Oculus, WhatsApp, and more, is now called Meta.

“We are at the beginning of the next chapter for the internet, and it’s the next chapter for our company too,” Zuckerberg added in a founder’s letter. “The next platform will be even more immersive–an embodied internet where you’re in the experience, not just looking at it. We call this the metaverse, and it will touch every product we build.”

Meta’s rebrand apparently won’t change its corporate structure, but will affect how it trades on the stock market (its ticker symbol will change to “MVRS” beginning Dec. 1) and will change how it reports earnings. From now on, it’ll separate its metaverse efforts, including Oculus, from its social media offerings.

“Starting with our results for the fourth quarter of 2021, we plan to report on two operating segments: Family of Apps and Reality Labs,” Zuckerberg said. He also made a point to note that “today’s announcement does not affect how we use or share data.”

Of course, it’s worth noting the rebrand comes not long after the Wall Street Journal dropped a bombshell series of reports chronicling many, many alleged problems with Facebook’s (now Meta’s) internal operations. Those allegations add to years of criticism about serious issues like Facebook’s data handling and the spread of misinformation on its platform.

“Our mission remains the same–it’s still about bringing people together,” Zuckerberg wrote in his letter. “Our apps and their brands aren’t changing either. We’re still the company that designs technology around people. But all of our products, including our apps, now share a new vision: to help bring the metaverse to life. And now we have a name that reflects the breadth of what we do.”

In addition to unveiling its new name, Meta used Connect to talk up the VR hard- and software products it has in the pipeline, including virtual reality video games with Epic Games, WarpFrog, and Rockstar Games, as well as “Project Cambria,” a luxe Oculus headset that Meta says will be tuned to users’ expressions and body language.

A headset like that is almost certainly intended to pair with Horizon, Meta’s in-development virtual reality platform. Meta has been building Horizon since at least 2019, and recently launched a $10 million fund to pay creators to make games and other content within the burgeoning world.