YouTube Moralist Dhar Mann Launches His Own Video App, Rockets To No. 1 On Apple 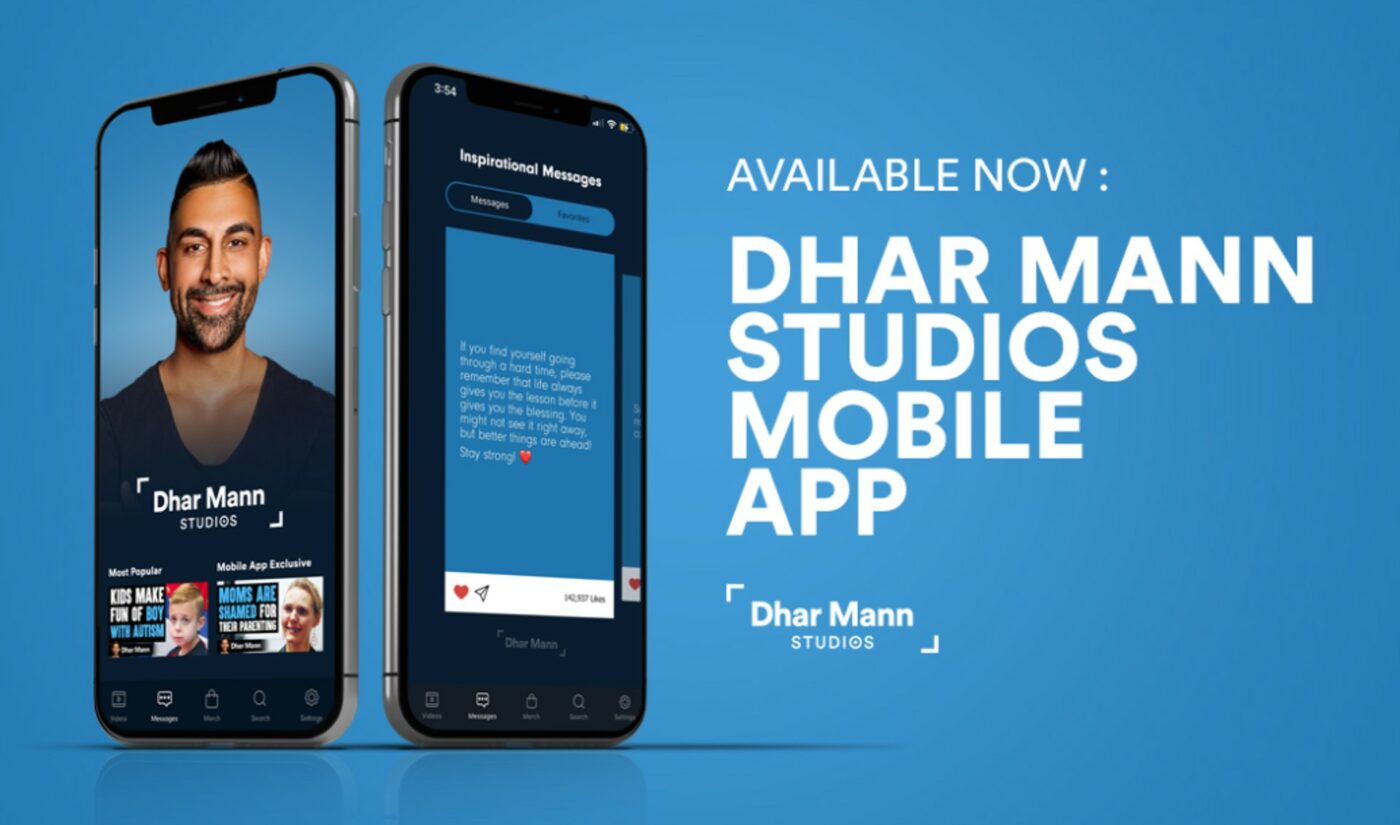 Dhar Mann, the entrepreneur and content creator — beloved for his on-the-nose morality videos, which have garnered 12.9 million YouTube subscribers and a staggering 450 million monthly views — is now looking to bring his viewers off-platform.

On Wednesday, Mann launched a free app called Dhar Mann Studios, which is available on both iPhone and Android. The app, he says, enables users to watch all of his videos ad-free — which feature actors playing out blunt ethical lessons, including his biggest hits Kids Make Fun Of Boy With Autism, Instantly Regret It and Gold Digger Dumps Broke Boyfriend, Then Regrets Her Decision.

And it’s arrived to massive buzz. Dhar Mann Studios has today rocketed to the No. 1 on overall position on the App Store in free apps — above apps that have long distributed Mann’s content, including YouTube and Facebook.

Per an August profile in The New York Times, Mann’s parents emigrated from India, and he was an entrepreneur from an early age, with a past venture that landed him in legal hot water in 2012. He began to post motivational videos on Facebook in 2018, where he has also amassed a sizeable audience, to the tune of 12.5 million followers. That year, he founded his production company, which is also called Dhar Mann Studios.

Forty percent of Mann’s audience is overseas, he told the Times.

Mann signed with CAA in April, and is repped by Kai Gayoso at Range Media Partners.