Facebook Unveils Central Hub For All Audio Formats Within ‘Watch’ 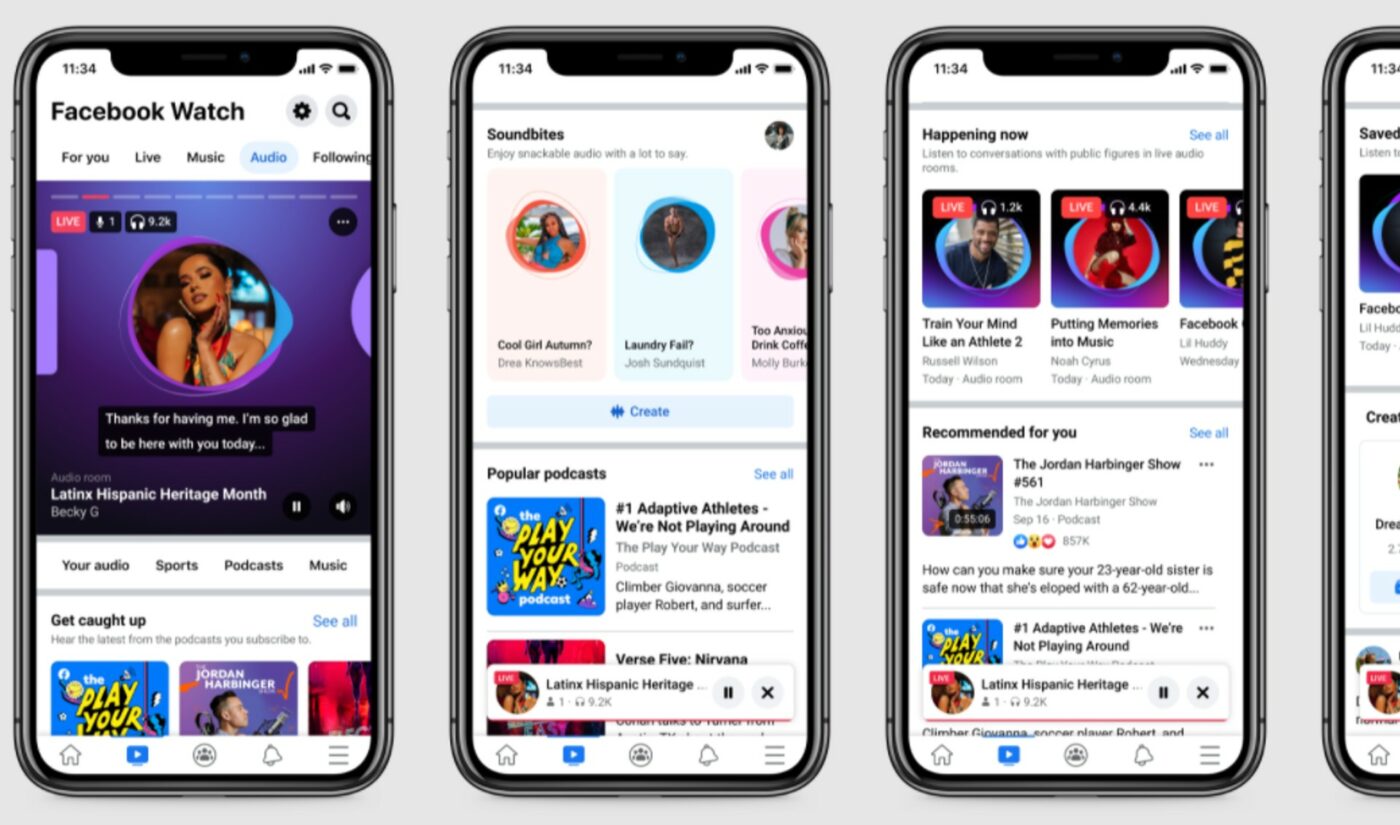 Facebook is rolling out its Clubhouse-like audio features to more creators and groups after launching Live Audio Rooms in June to select U.S. public figures and groups.

In addition to rolling out Live Audio Rooms to creators and groups globally, Facebook is adding the ability to launch audio rooms on Android devices, and the ability to listen via desktops.

Listeners will also now be able to find all of Facebook’s audio formats within a dedicated ‘Audio‘ hub that will live at the top navigation bar within its video service, Facebook Watch. Audio is currently rolling out to all Facebook users over 18 in the U.S. on both iOS and Android, comprising audio content from followed creators plus personalized recommendations. In addition to Live Audio Rooms, Facebook hosts Soundbites and podcasts.

Soundbites — which Facebook began testing in June alongside creators like Josh Sundquist and Molly Burke — refers to short-form, creative audio clips comprising anecdotes, jokes, poems, and more. Facebook is currently rolling out Soundbites to all users in the U.S.

Finally, Facebook began hosting select podcasts natively in June. Podcasts can be consumed via a miniplayer or fullscreen player on Facebook Pages or within users’ News Feeds.