Twitch Wants Viewers To Pay For Streamers’ Channels To Be Recommended 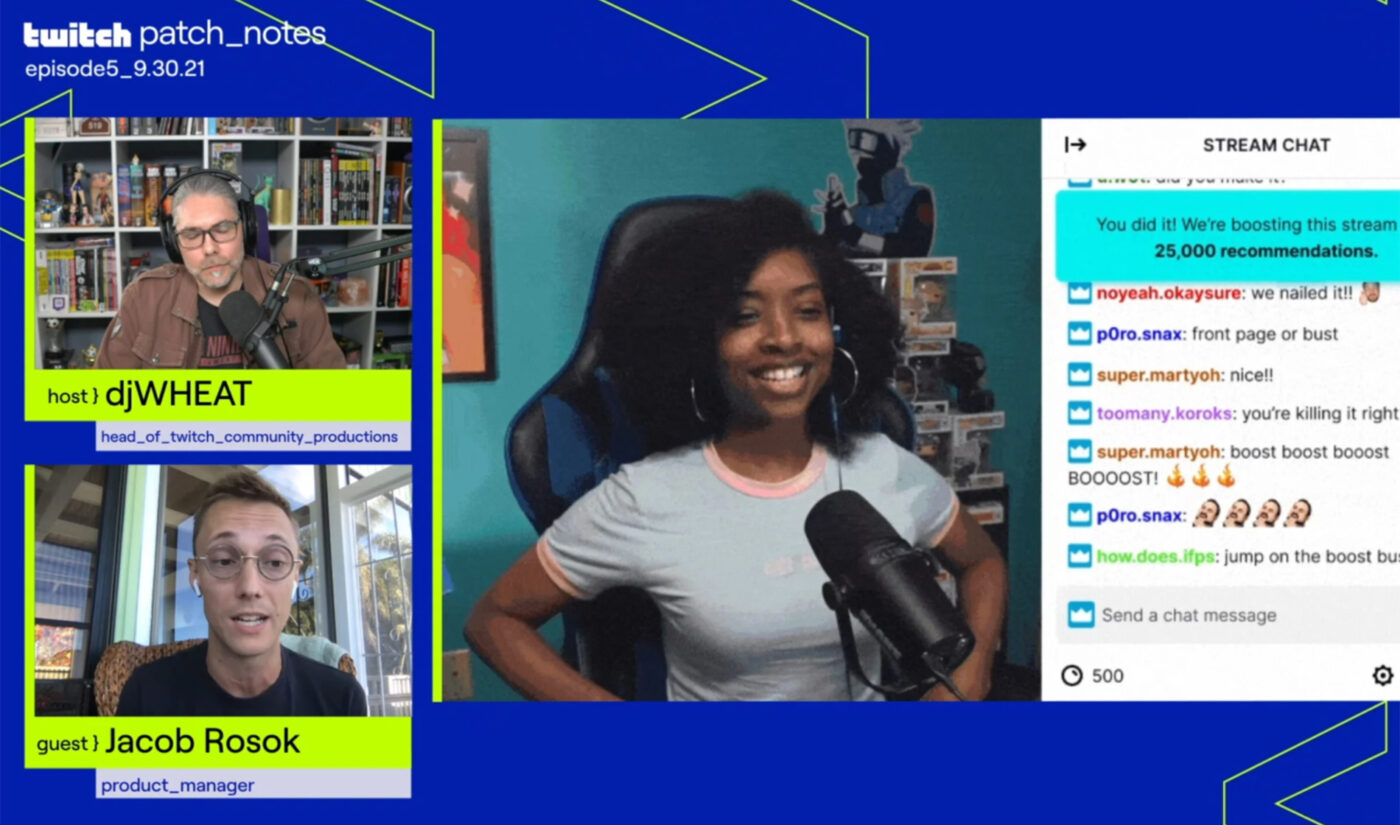 Twitch is testing a feature that’ll let viewers pay to promote streamers’ content to other users.

Called Boosts, the feature was originally debuted in December–but that iteration had users pay for boosts with Channel Points, the onsite “currency” viewers earn by watching creators’ streams and participating in their communities. This new version asks users to pay actual cash.

“What we’re doing with Boosts is giving viewers the ability to buy super high visibility promotions for their favorite creators, and these types of placements come with a cost,” Twitch product manager Jacob Rosok said during the platform’s latest patch notes stream.

Twitch is going to be doing a test with a small group of streamers to make “Boost this Stream” a paid feature.#TwitchNews pic.twitter.com/n6xre8aUJS

Each “recommendation” equals one front-page placement in a user’s “Live channels we think you’ll like” section, which is essentially the first thing someone sees when they load up twitch.tv or Twitch apps. So, 1,000 recommendations equals 1,000 users having that channel advertised to them in their first few seconds on the platform.

Users can buy as many recommendations as they want, but the Boost feature is not entirely limitless: Per Video Games Chronicle, recommendations can only be bought during one ten-minute period each stream.

During that period, “community members can pay to make the Boost as big as they’d like,” Rosok said. He added that users who buy Boosts will be highlighted in stream, much like people who donate or gift subscriptions (though it’s worth noting here that none of the money paid for Boosts will go to creators). Twitch will also “show exactly how many recommendations the community has unlocked as the purchases roll in,” he said.

Rosok said Twitch is testing this feature (with a small number of channels, for now) because it’s “heard directly from creators that it’s hard to get their names out there [and] it’s hard to try and utilize different forms of social media to grow their channels.” Twitch hopes Boosts are a “direct way for a viewer to help a creator do that,” Rosok said.

“It’s no secret that viewers are here to support their creators, and we think that paying to help a creator grow their community will be worthwhile,” he said.

The community response to Boosts has been largely negative thus far, with some creators calling it a “cash grab” and others accusing it of being “legal viewbotting” and “pay to win.”

this is 100% a cash grab from twitch.
you already take HALF at the very least of our sub revenue. what more do you guys want from us / our communities?

The important thing probably is that none of that money goes to the streamer I presume, and that they’re going to be asking for money for something the platform should already do

Gonna dissent from the popular take here; This is an interesting choice that benefits Twitch. It benefits the smaller streamers with dedicated fanbases and will naturally elevate the ones that do well numbers-wise. Feels “p2w”, but… Might be an effective tool.

Isn’t buying your way further up the searches/recommended against Twitch ToS lol?

So instead of creating a clip-sharing system or other algorithms we’re… Paying for advertisement we don’t even get a cut of? Nah, man. This is major cash grab vibes. My patience with Twitch is this 🤏 much for how much $ we’ve already given them.

So Twitch is okay with paying for views as long as they get the money. Funny 🙂