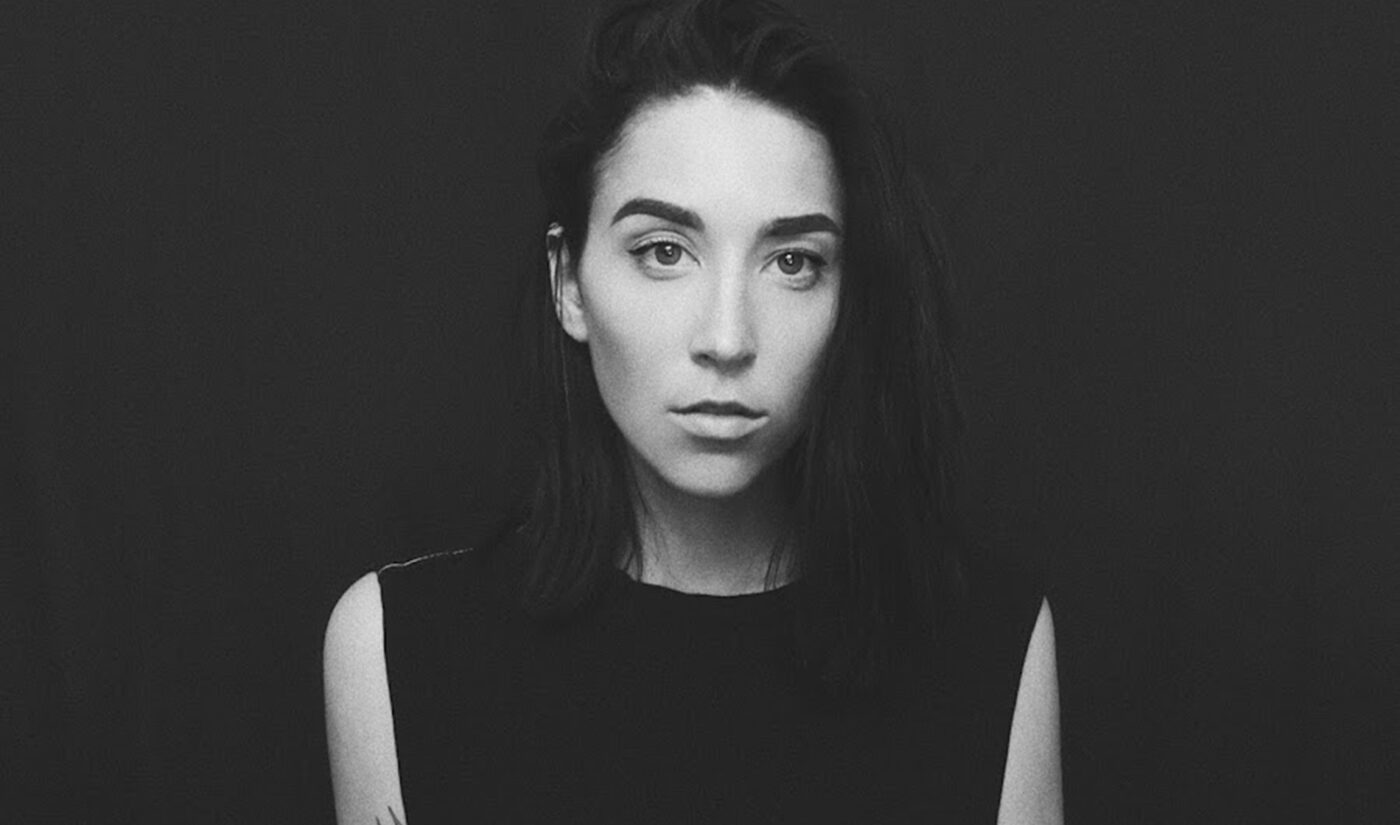 Ally Hills was just going to upload one video.

It was 2012, and Hills was no stranger to YouTube. She was born and raised in Los Angeles, and had always been interested in content production, so when YouTube’s growing popularity spawned sudden need for folks who could cut it behind the camera, she began offering her filming and editing services to creators. Those experiences eventually led her to a full-fledged production position at a multichannel network.

Hills liked her job. She liked working behind the scenes. So when she stepped in front of the camera for the first time, it was supposed to be a one-off. She wasn’t looking for a new career; she only wanted to share a song she’d written for Rose Ellen Dix, a YouTuber who’s now one half of queer creator couple Rose and Rosie (who also recently hit one million subscribers!). Hills hoped Dix would see the video, but didn’t expect much more than that.

Instead, the upload brought in hundreds of thousands of views, and to Hills’ surprise, people began subscribing to her baby channel, hoping for more songs.

In the nine years since, Hills has put out nearly 30 tracks, including “In Love with a Straight Girl,” which has 17 million views to date; “Her Lover,“ a collaboration with her longtime girlfriend (and fellow creator) Stevie Boebi; “How to Know if a Girl Is a Lesbian,” with 14 million views; and “Coming Out,“ with 12 million views. And between songs, she’s made videos about anything that catches her fancy, from the worst marriage proposals of all time  to questionable TikTok cocktails (below) to Smash Mouth‘s literary pursuits to paying psychics to draw her supposed soulmate.

This mishmash of subjects is key to Hills’ channel, because if there’s one thing she’s learned over the past decade, it’s that she should always make videos she wants to watch.

Tubefilter: How does it feel to hit one million subscribers? What do you have to say to your viewers?

Ally Hills: It’s extremely gratifying to have reached one million subscribers, since it had been a goal of mine for almost a decade. It took a long time to reach the milestone, but it’s something that I’m really proud to have accomplished.

To my followers, I would like to say thank you for not unsubscribing so that I could reach one million subscribers, haha.

No, but really, I am very grateful for the support from anyone and everyone who has ever watched a video, commented on a post, or subscribed to my channel over the years. My followers are the coolest folks, and I’m so thankful to have been given the opportunity to entertain people online, because I really couldn’t dream of a better job.

Tubefilter: Tell us about you! Where are you from? What did you do before launching a YouTube channel?

AH: My name is Ally Hills! I was born and raised in Los Angeles, and I started my YouTube channel right after high school. I used to work for several YouTubers, filming and editing their music videos, and eventually moved on to work in production at a multichannel network before focusing on my own content. I had been interested and involved with YouTube-related things before my channel actually “took off,” so creating content has continuously been a large part of my life.

Tubefilter: When and why did you start your own channel? What made it seem like the “right” platform for you and your content?

AH: I started my channel with the intention of only posting one video. I had wanted to get the attention of a YouTuber that I watched at the time, so I made a song and video and uploaded it with the hopes that they would see it. The video garnered more views than I had expected and people started subscribing, so I made another video, and then another, and haven’t stopped since. I already had experience with making videos and I’ve always had a desire to entertain, so I decided to pursue it, and it was a decision that I’m very glad that I made.

Tubefilter: Your channel is a vast mix: you have music videos, commentary videos, compilations…How do you balance filming all these different types of videos?

AH: The content on my channel has varied quite a bit, but it’s mainly because my biggest goal is to consistently try to make videos that I would want to watch. The platform itself has also evolved so much over time, trends change, and adapting is an important aspect of being a content creator, so switching up the type of content you make is sometimes crucial. I don’t like to limit myself or my abilities, so I make videos based on what interests me at the moment, and the variety reflects that.

Tubefilter: What’s your filming schedule like? How often do you film? How long does the average video take to come together, from conception to upload?

AH:  I don’t upload as often as I should to remain consistent because I don’t want to force videos or create content that I’m unsatisfied with in order to maintain a strict schedule. Video concepts come to me somewhat randomly, and from there, I will dedicate a day or two to writing a general outline, or oftentimes a script.

After filming, I typically have somewhere between two to four hours of footage, but there have been times when it has been much more. It then takes anywhere from 10 to 20  hours to edit the footage, depending on how nitpicky I choose to be. I’m a bit of a perfectionist, which tends to make the editing process more strenuous than it needs to be. After that, it takes about another hour to create the thumbnail and post it across social media.

AH: I wish I had actual advice for growing an audience, but the most common answer is always consistency. YouTube trends are ever-changing, and videos that were popular five years ago are not necessarily videos that would catch viewers’ attentions now. As a creator, I think it’s important to be a viewer yourself so you can be aware of the changes in trends and become familiar with what is popular at the moment. If a certain video does well on my channel, I will try to lean into it and expand on the concept in the hopes that it will bring back viewers.

AH: My favorite part about making content is having the privilege of being able to love what I do and to have the freedom of creativity. Sometimes it does feel like work, but at the end of the day, creating content started out as a fun activity, and it has consistently remained that way. I’m so appreciative to have what was once a hobby become my job, because I love what I do and I genuinely enjoy entertaining people. The community that builds along the way is also another amazing part of creating content. My followers are genuinely some of my favorite people, and it’s really rewarding to have that be the result of making videos.

AH: As far as my channel goes, I plan to put a bit more of a focus on music in the near future. I have an EP coming out later this year and I would really like to concentrate more of my energy into establishing myself an artist. I’ve made music related content since the conception of my channel with comedy songs, covers, and original music so it shouldn’t be too much of a change, but I’ve been passionate about music my entire life and I would like to start showcasing it more and further incorporating it into my channel.