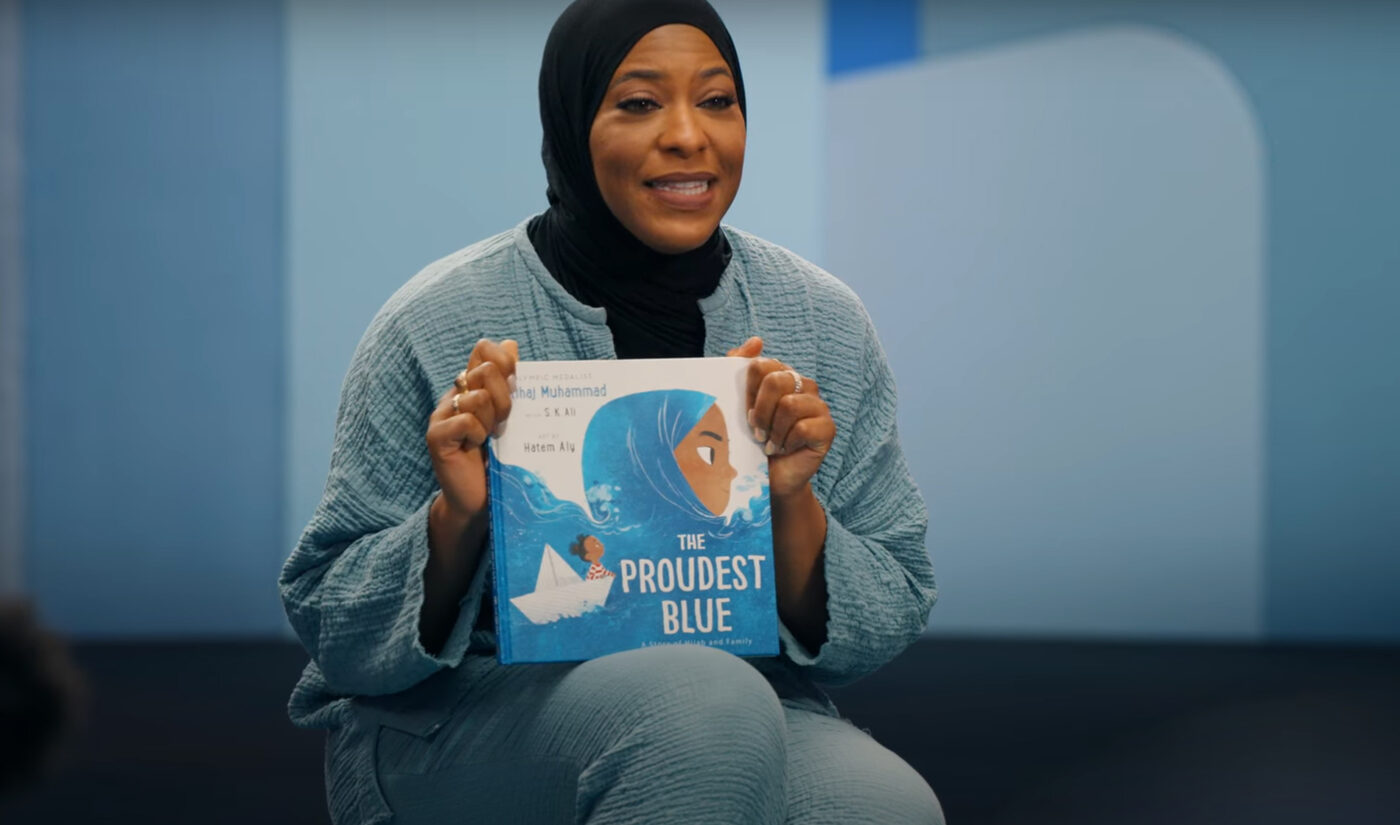 YouTube has unveiled the author roster for BookTube Jr., a made-for-preschoolers version of its popular original series.

Each episode of BookTube Jr. will bring in a guest author to read their book out loud to a handful of kiddos. Authors will also talk about their creative process, and will “hear real kids’ questions about their books and inspire them to continue their exploration of the author off screen,” per a press release from YouTube.

The show’s eight-episode first season will feature Joanna Ho with Eyes that Kiss in the Corners, Dr. Ibram X. Kendi with Antiracist Baby, Avery Monsen with I Am the Longest Dog, Todd Parr with The Kindness Book, New Girl star Max Greenfield with I Don’t Want to Read this Book, Jon Klassen with I Want My Hat Back, Olympic medalist fencer Ibtihaj Muhammad (pictured above) with The Proudest Blue, and former NFL player Marcus Smith II with Bathtime with Rai.

Ho, Kendi, Monsen, and Parr’s episodes will debut on the YouTube Originals for Kids and Family channel Sept. 24 at noon Eastern. Greenfield, Klassen, Muhammad, and Smith’s installments will premiere in November.

BookTube Jr. is one of more than 30 kids’ originals YouTube announced this past February. These originals are produced by the $100 million children’s content fund YouTube established in response to its 2019 child privacy settlement with the Federal Trade Commission, and will premiere throughout this year.

BookTube Jr. is produced by Boardwalk Pictures and overseen by Lauren Vrazilek and Daniel Haack for YouTube Originals.

You can catch the season trailer below: