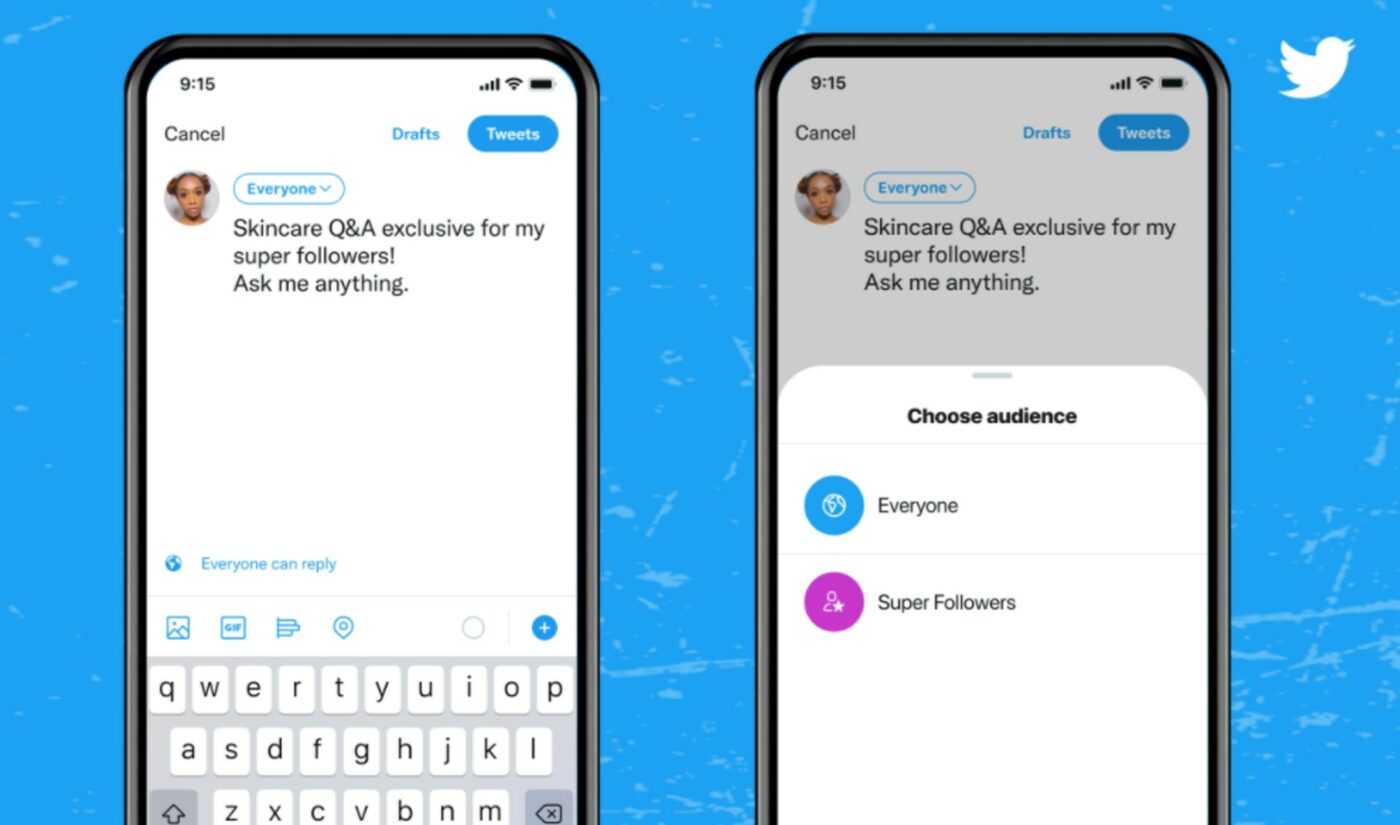 Twitter’s just-launched Super Follows feature isn’t exactly off to a roaring start — though, to be fair, it’s only available to a small subset of users thus far.

The feature, which enables fans to subscribe to select creators for exclusive content and engagement, generated roughly $6,000 in the U.S. and $600 in Canada during its first two weeks of availability, according to Sensor Tower data cited by Techcrunch.

Super Follows was first announced in February but officially bowed on Sept. 1. As of now, roughly 100 creators can choose to charge $2.99, $4.99, or $9.99 per month for exclusive perks. Initial participants include beauty creator MakeupforWOC, astrology account TarotByBronx, and sports-focused KingJosiah54. The ability to subscribe is open to everyone on iOS.

Techcrunch notes that a small portion of the aforementioned revenues may be derived from Ticketed Spaces, a separate monetization feature that enables creators to charge for entry to live audio discussions, a la Clubhouse. Both Super Follows and Ticketed Spaces are tabulated as in-app purchases.

Sensor Tower notes that, during the first two weeks of September, global iOS users spent a total of $9,000 on in-app purchases. In addition to Super Follows and Ticketed Spaces, this includes a currently-in-tests service called Blue, available globally, which features an ‘undo Tweet’ option. Twitter also offers a Tip Jar, though these payments don’t function as in-app purchases, per Techcrunch.

Twitter is only taking a 3% cut of Super Follows earnings, though this percentage increases drastically — to 20% — after creators have surpassed $50,000 in lifetime earnings on Twitter. (This doesn’t include the 30% in-app purchase fees charged by both Apple and Google).

“This is just the start for Super Follows,” a Twitter spokesperson told Techcrunch of the Sensor Tower data. “Our main goal is focused on ensuring creators are set up for success and so we’re working closely with a small group of creators in this first iteration to ensure they have the best experience using Super Follows before we roll out more widely.”