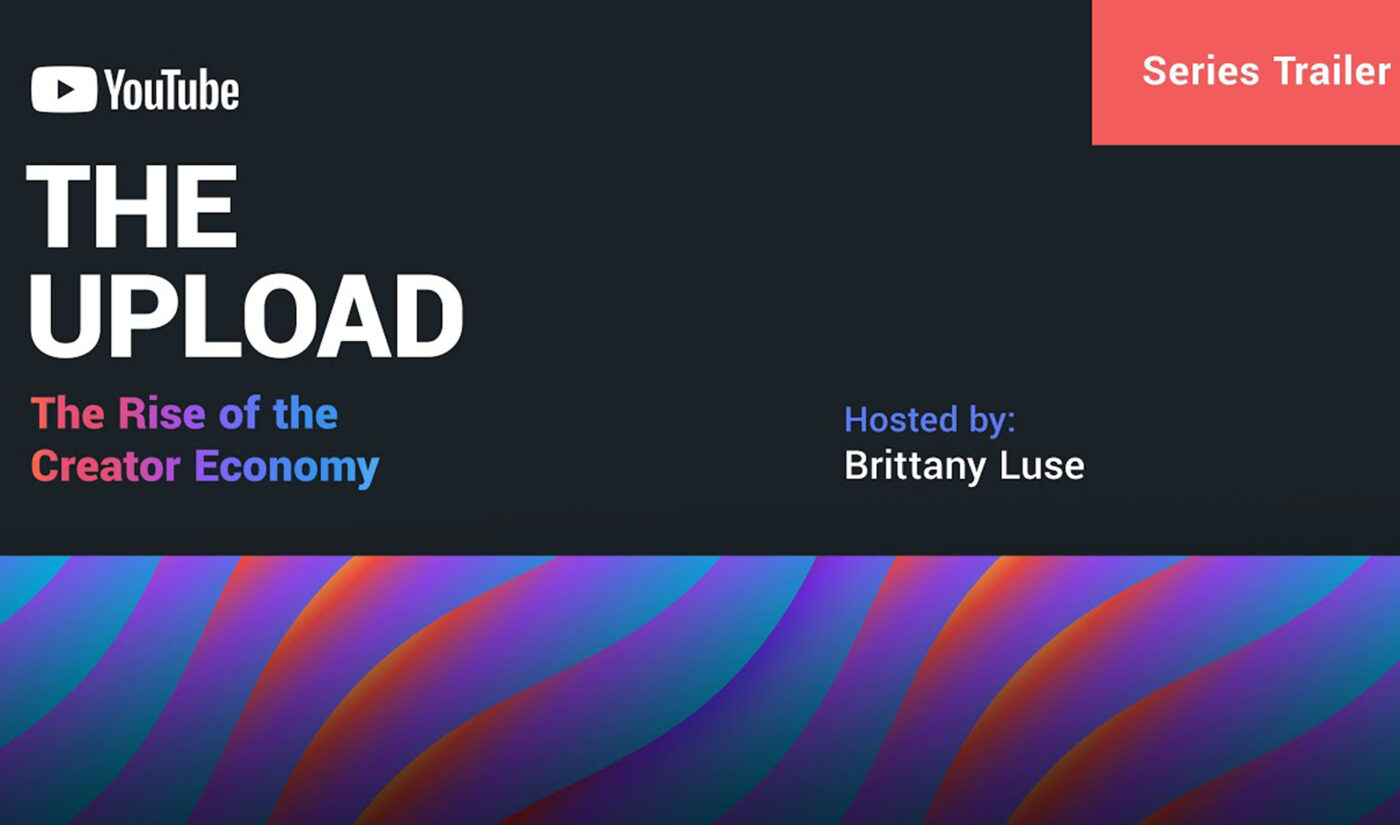 “At YouTube, we’ve enabled our creators to tell their stories through videos that cover pretty much every topic under the sun, from turning your sewing passion into a million dollar business to showcasing life on the family farm to becoming the oldest rookie in NFL history,” the platform said in a company blog post introducing the show.

Called The Upload: The Rise of the Creator Economy, the series is co-created with National Public Media (the owner of NPR) and hosted by Brittany Luse, an award-winning journalist and culture critic who also cohosts the For Colored Nerds podcast.

(Tubefilter‘s own Josh Cohen also runs an industry podcast that chats with creators. You can check it out here.)

Singh, who’s featured in the first episode, will share “what she’s learned over the past 10 years from her front-row seat to the creator economy boom,” YouTube says. “A decade ago, creators were just considered ‘hobbyists.’ Now, they’re next-generation media companies in their own right.”

YouTube adds that The Upload is intended to “showcase the magic of the creator economy in an entirely new way, by taking people behind the scenes to learn what goes into the businesses of the creators whose vidoes they watch every day.”

Episodes of The Upload will drop every Wednesday beginning Sept. 2. Listeners can tune in on the show’s YouTube channel, or catch it on Spotify, Apple Music, Google Podcasts, and Amazon Music.