YouTube Picks Up Docufilm About LeBron James’ I Promise School 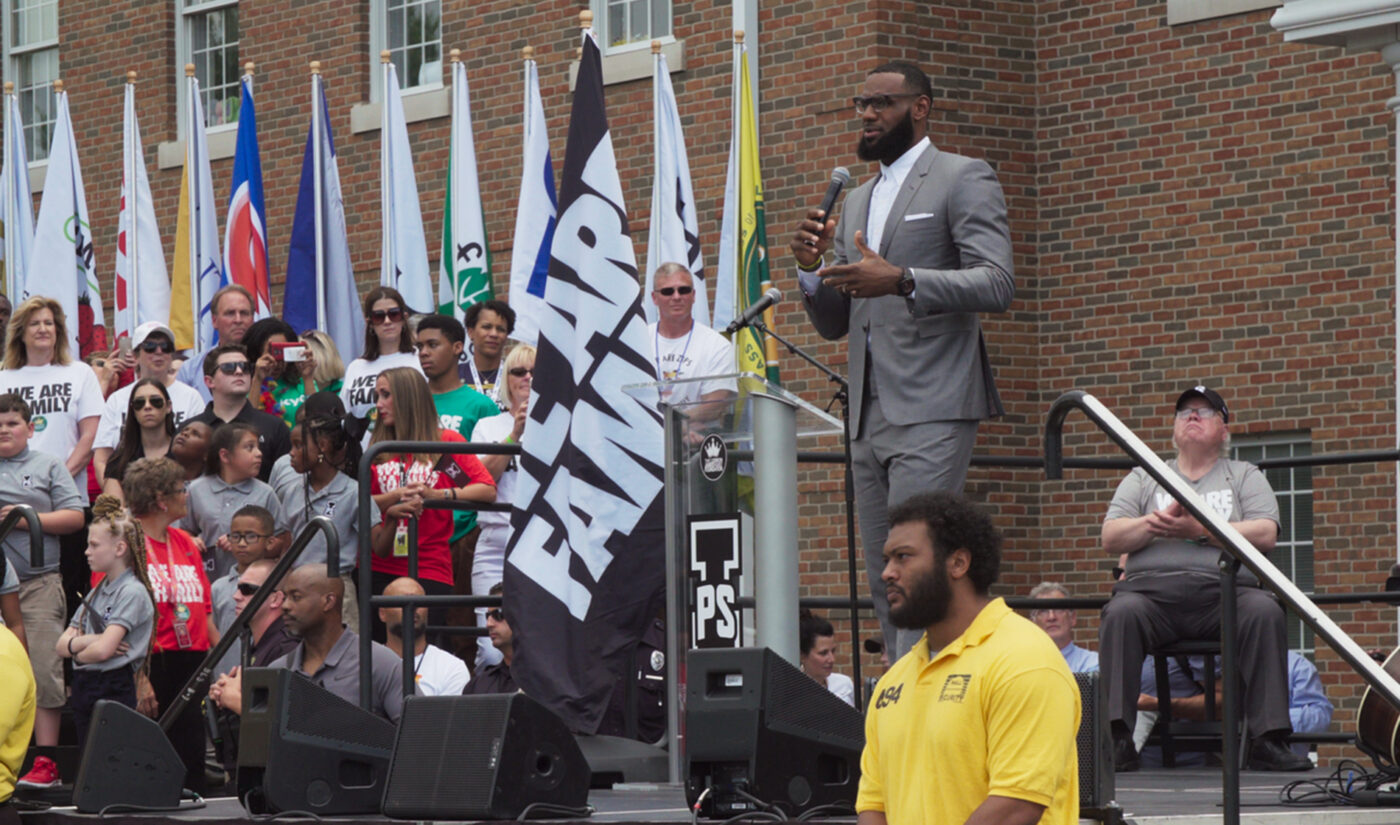 YouTube has picked up I Promise, a docufilm about the 2018 launch of LeBron James’ I Promise School in his hometown of Akron, Ohio.

Per Variety, the 102-minute film was originally greenlit as a shortform series for now-shuttered Quibi, and was acquired by YouTube after premiering as a feature-length documentary at this year’s Tribeca Film Festival.

The I Promise School is a public institution supported by the LeBron James Family Foundation, which provides things like uniforms, bikes and helmets, to/from transportation, food, and career coaching for attending students and their families.

James and his foundation lobbied the Akron board to open the school (which is specifically intended to support marginalized and at-risk youth) after he realized the city had a staggeringly large number of students dropping out before graduating high school.

The school takes a social emotional learning and STEM-focused approach to education, and plans to offer classes for grades three through eight. During its first year, the year chronicled in I Promise, the school ran classes for students in grades three and four.

According to Variety, I Promise will follow the day-to-day running of the school and how its presence has affected students, staff, and families in the community.

I Promise is executive produced by James and Maverick Carter through their media company The SpringHill Co., as well as Marc Levin, Jamal Henderson, Philip Byron, Nicholas Lopez, Daniel B. Levin, Catherine Cyr, and Josh Gold. On YouTube’s side, I Promise is overseen by global head of original content Susanne Daniels; head of family, learning, and impact for YouTube Originals Nadine Zylstra; and development manager Zoe Di Stefano.

I Promise will premiere Sept. 28 on YouTube’s Originals channel. You can watch the official trailer above.