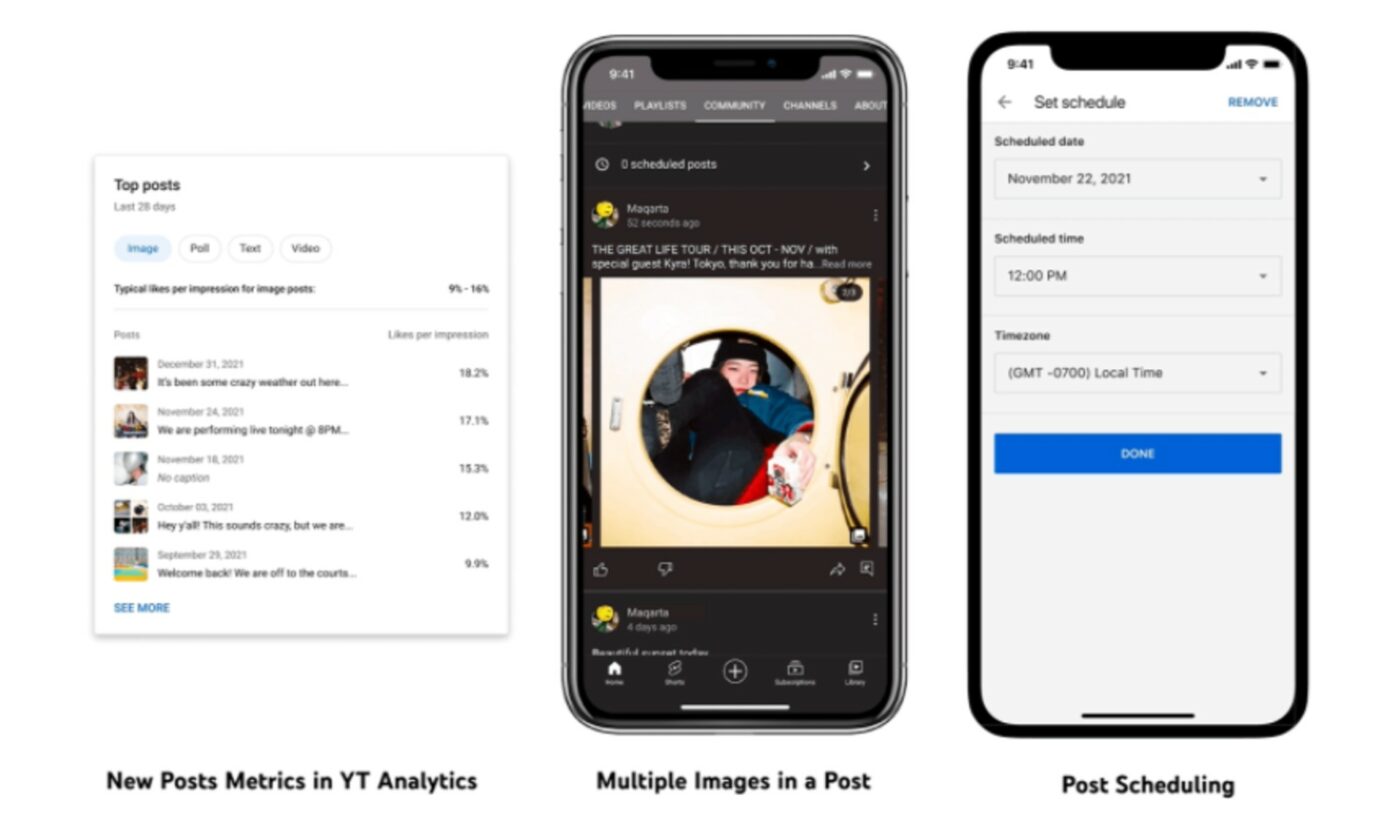 YouTube is opening up access to the Community tab — which serves as a way for creators to interact with fans outside of traditional video uploads — to millions more channels.

Beginning Oct. 12, the company said, channels with at least 500 subscribers will be able to make Community posts, which can include polls, GIFs, text, images, and video. These posts are distributed within the dedicated Community tab, but also occasionally appear within Subscriptions and Home.

Previously, channels had to have over 1,000 subscribers to access the Community tab. YouTube says it could take up to one week for the tab to become available once creators hit 500 subscribers.

“For channels under 500 subscribers, we are working to bring Community posts to you in the future,” the company wrote in a support forum post.

The Community tab replaced an earlier tab called Discussion, which is now being fully phased out, YouTube said. The video giant rolled out several updates to Community in May, including posts metrics in YouTube Analytics, the ability to share posts with multiple images on Android, and the ability to pre-schedule posts.