Dave Portnoy’s Serving Up His Own Pizza Brand 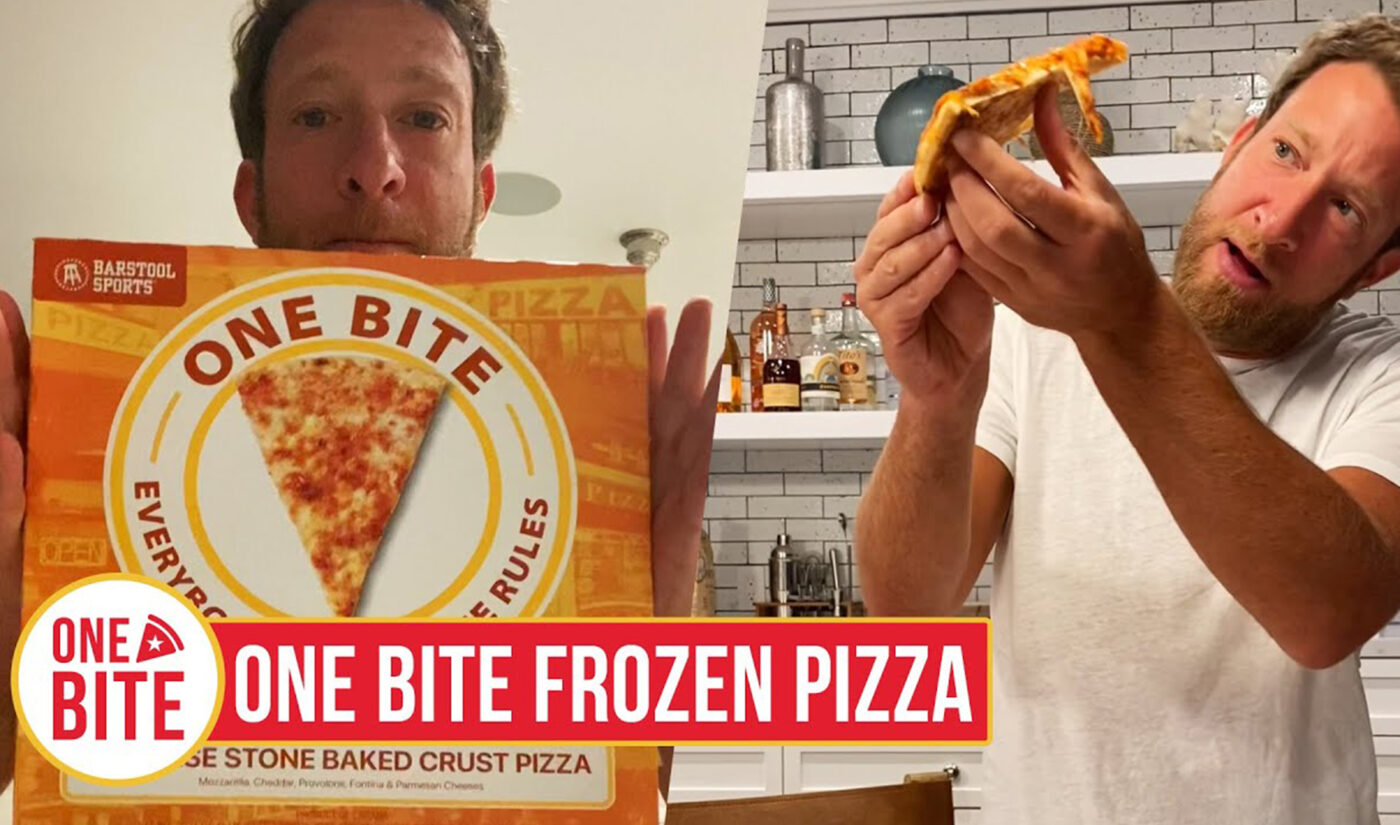 Barstool Sports’ contentious founder and self-dubbed “presidente” Dave Portnoy is putting himself in the pizza business.

Portnoy has been publicly rating pizzas on his YouTube channel One Bite Pizza Reviews (and a related app of the same name) since 2019. To date, he’s rated nearly 700 pies–and the latest is his own creation, a line of Barstool Sports- and One Bite-branded frozen pizzas that will go on sale in U.S. Walmart locations later this year.

Portnoy’s “unbiased review” of his own product is unsurprisingly a ten of ten, with compliments for its crispy-looking “undercarriage” and stone-baked crust.

He didn’t dish out many details about the new brand, but did show a freezer full of plain cheese and pepperoni pizzas, so folks looking to try will have those flavors to count on.

Portnoy also said he’s not entirely sure what day the products will debut in Walmart, but thinks they’ll arrive sometime in October.

Following Portnoy’s homegrown review–which has netted around 178,000 views so far; the One Bite channel overall brings in around 8 million per month–he uploaded a second video about the brand, saying in the description that there had been an “internet outcry calling Dave a ‘fraud’ and ‘biased’ and ‘having no integrity.’”

(We don’t know about “internet outcry,” but there were a fair few people in YouTube comments and on the Barstool Sports subreddit expressing a lack of faith that Portnoy’s pizza is as bangin’ as he says.)

“And knowing the people will not trust him, despite the fact he is fair an (sic) unbiased, he brings in a random reviewer from the streets to give his pizza a reivew (sic),” the description continues.

The “random reviewer” is his girlfriend Silvana Mojica, who gives it a 9.8 out of ten.

Portnoy revised his own score to 9.9.