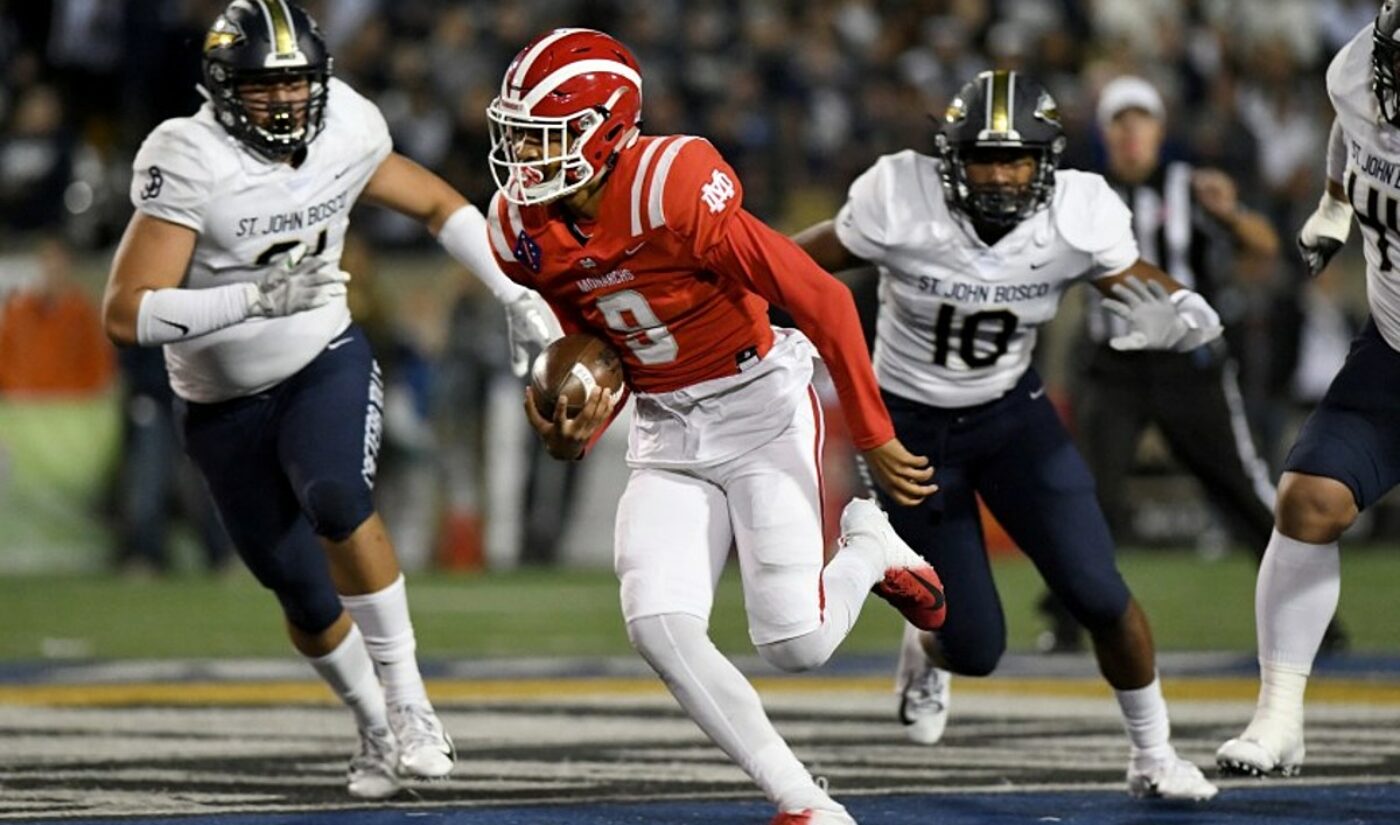 Well, that didn’t take long. Two months after the NCAA finally gave up its long fight to keep players from getting endorsement money for their name, image, and likeness (NIL), college sports has embraced with a vengeance the business of student-athlete-influencers.

Such NIL policies were supposed to be in place nationwide by June, spurred by a string of court cases and state laws. The NCAA was supposed to finally set out ground rules for such endorsements throughout major college sports. Instead, deadlocked policymakers gave up, setting loose a gold rush of endorsement fever on July 1 with the bureaucratic equivalent of “go with God.”

No shock that opportunistic schools, players, and the businesses/boosters who back them have filled the resulting vacuum, in a big way. A recent Sports Illustrated piece suggests some of what’s already happened since:

Much of the action so far has centered around the biggest college sport, football, whose season starts in earnest over Labor Day weekend with matchups featuring most major programs. Consider it Week One of NIL Season as much as for football season and the games generating all the economic opportunity.

Among the key provisions: no “pay-for-play” deals, and the school itself can’t effectuate the deal, though all that takes is a bit of modest documentation between athlete and brand for proof.

Beyond that, the NCAA clearly is hoping Congress steps in, though between the pandemic, Afghanistan, the economy, infrastructure deals, fair elections, and the like, they may have other concerns on their plate.

There are other complications. Some states have their own additional rules beyond the vague NCAA policies. Athletes at Texas and South Carolina schools can’t use the program’s trademarks in their endorsements, a key limitation that has some schools worried it may actually harm their recruiting of social media-savvy players.

As a result, we’re already seeing consultants pop up specializing in NIL opportunities, just like what happened in the online influencer world over the past several years. Athletes even will be able to have marketing agents, a big departure from years past, when such a relationship, for instance, cost Reggie Bush his Heisman Trophy.

One of the new class of advisors, Opendorse CEO Blake Lawrence, suggests it’s a $1 billion-a-year business in the making.

“It’s coming and it’s going to be huge,” Lawrence said.

But the opportunities range far beyond sweet deals for a bunch of pretty-boy quarterbacks, or even an all-you-can-eat arrangement with a local restaurant for offensive linemen.

School compliance officers say they’re fielding as many as 200 inquiries a day since the new policy took effect July 1. That’s far more than just the 90 or so players on a typical football team.

Those opportunities are popping up for lots of other sports too. It’s pretty easy to imagine, for instance, the hefty deals to be raked in by Auburn‘s newest gymnast, Olympic all-around gold medalist Sunrisa Lee.

And as women’s sports like basketball, volleyball, and softball gain even more attention and visibility, so too will come notable NIL deals, especially for athletes such as UConn basketball star Paige Bueckers, named national player of the year as a freshman.

For schools, trying to fine tune presentations about the social media/endorsement potential of their programs has been one of the summer’s biggest tasks.

“We have a presentation we do in recruiting to be able to show the advantages of being in a market like L.A.,” said USC head football coach Clay Helton.
His Los Angeles school, alongside crosstown rival UCLA, would seem a natural destination for social media-savvy athletes, just like it has been for countless other social media influencers over the past decade.
The university is a few miles from Hollywood, and has highly ranked film, game, and business programs, among other offerings. No wonder Helton, who’s on the hot seat again this year, is hoping an infusion of endorsement-ready talent will further bolster his team’s recruiting.
But he’s not the only one. Coaches, players, boosters, and media companies are all jumping in on this one. As you watch college sports this year, keep an eye out for the new stars being minted on social media and advertising around the games and beyond. It’s going to be quite a season.