CryptoPunks, Meebits, And Autoglyphs Get Hollywood Representation. UTA Looks To Take Them To The Masses. 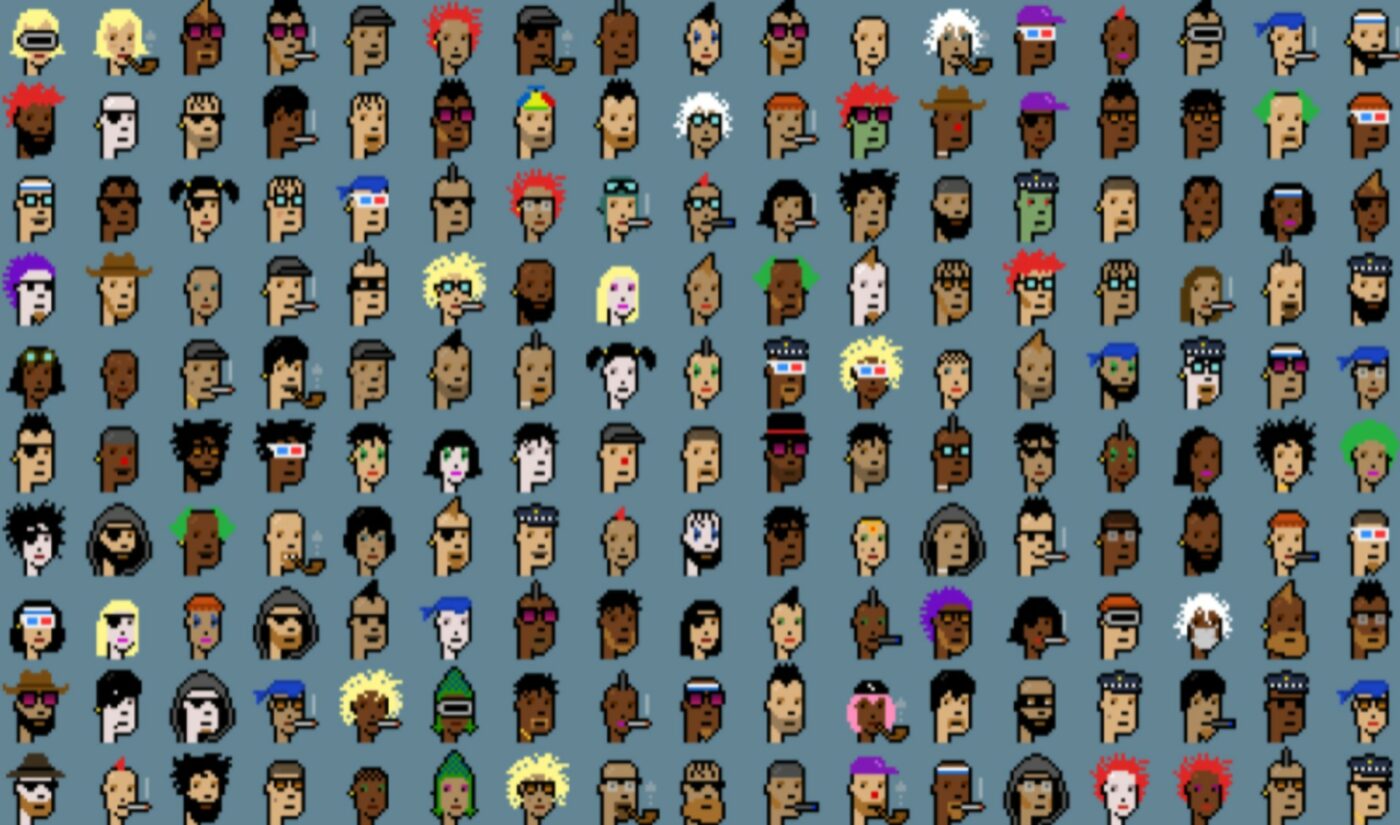 UTA will work with the three non-fungible token ventures — CryptoPunks (pictured above), Meebits, and Autoglyphs — to expand their reach into traditional media realms like film and television, licensing, publishing, and video games.

Larva Labs was founded in 2005 by Canadian software developers Matt Hall and John Watkinson. Their brainchild CryptoPunks was one of the first NFT projects released back in 2017, per UTA, and one of the first to live on the Ethereum blockchain. This was long before the field picked up steam in more recent years, thanks in no small part to digital influencers like Logan Paul.

There are a finite number of 10,000 unique collectible characters within the CryptoPunks universe, which were given away for free at launch. Today, the collection is worth over $3 billion, according to UTA.

Meebits is Larva Labs’ most recent project, launched last spring, featuring 20,000 unique 3D characters created by a custom algorithm and then registered on the Ethereum blockchain. At peak, Meebits was clocking $34 million worth of trading volume in one week, UTA says, and in July a single character was purchased for $2.1 million.

Finally, Autoglyphs mark a 2019 experimental art project, created from code that runs on the Ethereum blockchain. UTA notes that there are only 512 Autoglyphs in circulation, with the least expensive being priced at $1.1 million.

“We are excited to work with UTA for the benefit of the entire community connected to our projects,” Matt Hall said in a statement. “Not only for the exciting opportunities to bring them wider exposure, but to help protect their growth and value for the long term.”